Howdy from the RepresentWomen Team! Our fearless leader Cynthia Richie Terrell is making great connections to build out our research and partnerships this week at the Institute for Women’s Policy Research #PowerPlus2022 summit in San Francisco. (Cynthia thanks Nicole Mason for her leadership in pulling together an incredible summit!)

From teammate to teammate, the staff at RepresentWomen give you our must-reads for women’s representation from this week. 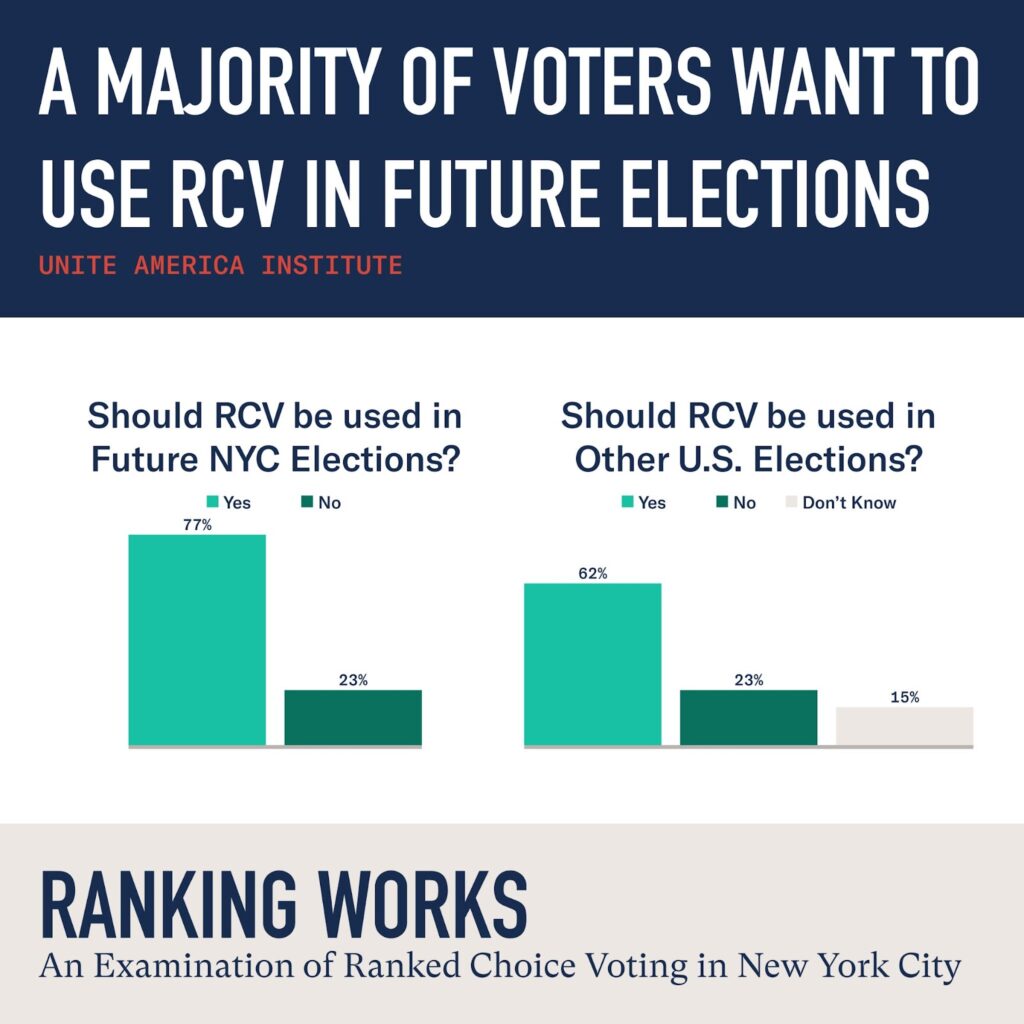 Uncompetitive general elections—where seats are reliably blue or red — means the determinative election for choosing the district’s representative is the partisan primary. Though incumbents are often uncontested in primaries, when candidates do flood the race, winners often succeed with plurality support through appeal to the narrow partisan base of their electorate.

This leads to unrepresentative outcomes and encourages polarizing behavior both on the campaign trail and in office.

But it doesn’t have to be this way, and voters shouldn’t settle for the status quo. Two new reports on New York City’s June 2021 ranked-choice voting (RCV) municipal primary demonstrate how alternate election systems lead to more expected outcomes and higher voter satisfaction rates — even when candidates crowd the primary field.

Researchers found that the large majority of voters across race, age and education levels:

Next up, research associate Grace Beyer: 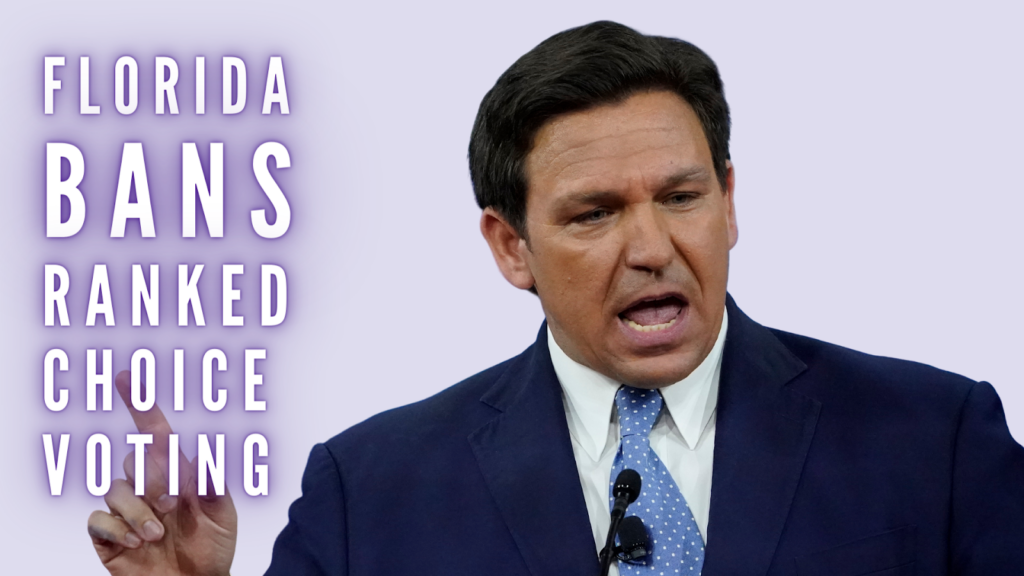 Last Monday, Florida Governor Ron DeSantis (R) signed Senate Bill 524 into a law, which bans the state, and any of its localities, from using ranked-choice voting—a system proven to help women candidates and make elections less acrimonious. This law also overturns any existing use of RCV by localities, an especially ironic position considering DeSantis’s claims to value small government and local control.

RCV lets voters ensure that the least favored candidate cannot win, even if more than two candidates are on the ballot. Since voters rank candidates, RCV discourages negative campaigning—something that’s good for both the voters and women, as research suggests that women are often deterred from running for office due to the prevalence of negative campaigning. It’s little wonder why women and people of color both run and win in higher numbers in ranked-choice elections.

By emphasizing the ability to build consensus and appeal to the broadest swath of voters, rather than an extreme vocal minority, RCV could help elect more officials willing to reach across the aisle. Indeed, RCV already has bipartisan support, from McCain to Obama, Ben Shapiro to Andrew Yang. In a time of extreme partisan polarization, RCV may be a pivotal remedy to helping our elected officials work together, not against each other. Florida could greatly benefit from its adoption—and it seems the powers know that to be true.

Next up, resident RCV expert and research associate, Paige Chan:

As of April 4, 2022, 51 candidates are now running to replace the late Alaska Rep. Don Young (R). In this jam-packed race, there are familiar faces, like former governor of Alaska and 2008 Republican VP nominee Sarah Palin.

Among the forerunners is Tara Sweeney, one of four Native Alaskans running (three of whom are women). Sweeney was a co-chair of the late-U.S. Rep. Don Young’s reelection campaign and just recently earned the endorsement of the ANCSA Regional Association.

RepresentWomen has found that while all women are underrepresented at all levels of elected office, women of color are significantly more so underrepresented. In fact, Native American women only make up 0.2 percent of Congress, while they make up 0.65 percent of the U.S. population. If elected, Sweeney would become the first-ever Native woman elected from Alaska to serve in the U.S. Congress. Sweeney has already broken other barriers; during the Trump administration, she was the first Alaska Native to serve as assistant secretary of Indian Affairs with the U.S. Department of Interior.

The overwhelming number of candidates in Alaska’s election may be due to the new system featuring a top-four, nonpartisan primary and ranked-choice general election.

RepresentWomen research suggests RCV supports more diversity among candidates, encourages more women to run, and facilitates greater success for non-traditional candidates. This election will be the first test of this new system, and the opportunity is ripe for history to be made.

Our research team will continue to eagerly watch and analyze this race.

This Wednesday, April 27, at the National Cathedral in Washington D.C., world leaders came together to honor Secretary of State Madeleine Albright, one of our fiercest lions. I tuned in and was deeply moved by the speeches from family and fellow leaders.

Attendees arrived in motorcades and secure bubbles, all coming to pay respects to an American giant, a political refugee, a single mother.

“Welcome to our fraternity,” Henry Kissinger told Albright when she was confirmed as America’s 64th—and first female—secretary of state in 1997.

“Henry,” Albright told him, “it’s not a fraternity anymore.”

Albright’s daughters described their mother as a working mom who, while winning battles against autocracy and genocide, still worried if her daughters might later resent her for “missed Girl Scout meetings.”

“The mood in that cathedral shifted when the women spoke. The grand and sober state funeral that Washington knows well melted a little. I could feel it in the audience. Postures relaxed. Tissues came out of smart handbags; eyes were dabbed. Even some of the other lions began to cry.”

Albright’s story while massive and historic, is so familiar. I see my mother, a professor and woman in STEM, taking care of three children in her story. I see her in our team of young women at RepresentWomen, and in the women who run for office, bravely caretaking for their families and their communities. 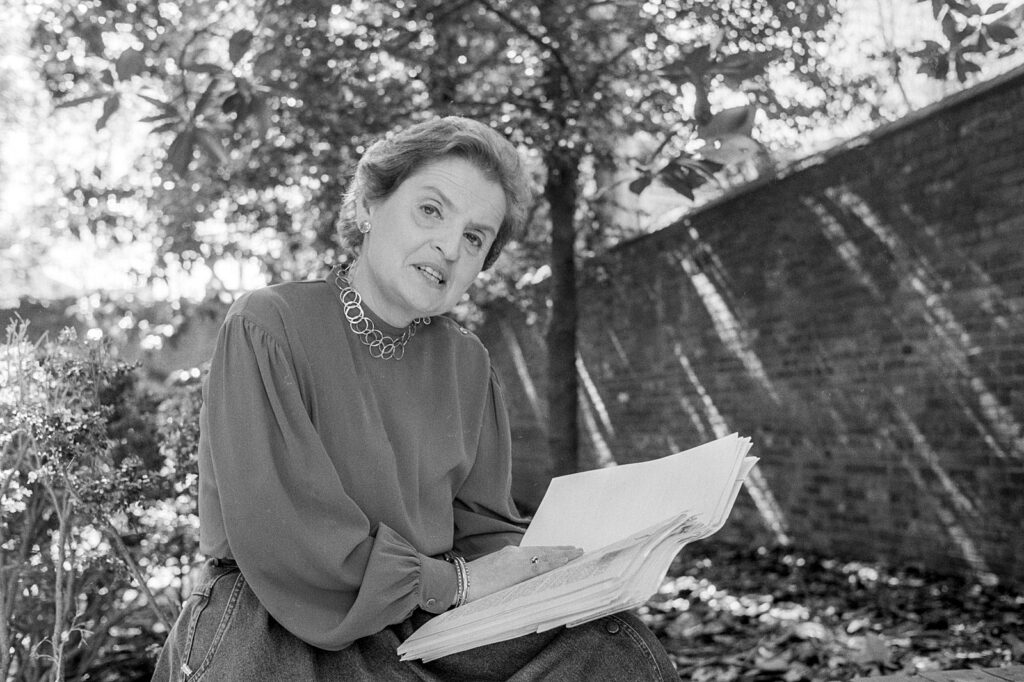 The constant struggle with the duality of working motherhood, as Washington Post journalist Petula Dvorak said, “begins at the playground, where the moms in heels and suits said goodbye to kids, knowing they won’t see them again until the sun goes down.”

In the end, Albright is known by her victories for humankind and her intentional, unwavering support of all women. In the face of the ongoing war in Ukraine, Albright’s legacy of “standing toe-to-toe with the world’s toughest dictators” shines as a bright beacon, guiding our national compass toward the good side of history—the equal, women-led and free side of history. 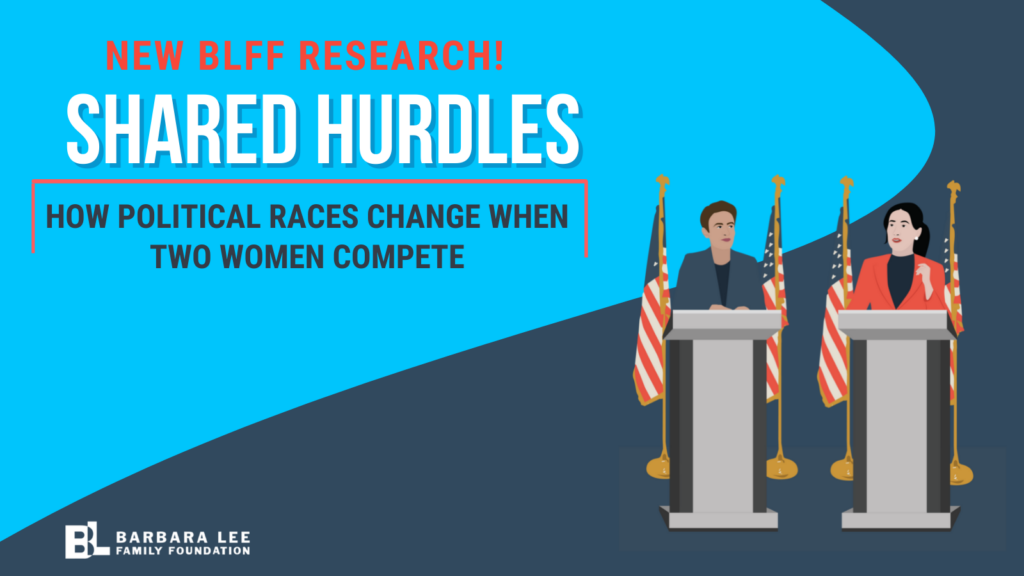 New research from the Barbara Lee Family Foundation (BLFF), “Shared Hurdles: How Political Races Change When Two Women Compete,” shows that, while voters no longer see a woman running for office as a novelty, gender biases against women candidates persist, even when there are no men in the race. This research was striking because BLFF found that voters saw women—Republican women in particular—as “outsider” candidates in 2017:

“When it comes to establishing qualifications and demonstrating likeability, it is better for women candidates, regardless of party, to highlight specific accomplishments rather than simply describe their background or status as an outsider.”

As more women have been running for office over the last few years, their candidacy is becoming less a novelty to voters. The latest research from BLFF shows that biased concerns over the “likeability” of women candidates, unfortunately, persist:

“Previous BLFF research found that voters assume men are qualified, but women must prove their qualifications – and voters often see a woman as qualified or likeable, but not both.“

Interestingly, the researchers also found that challenges posed by the likeability trap may not be lessened in elections between women candidates due to an “imagination barrier” where voters still think of men as the “default” image of what a leader looks like, and compares all women running to this image, even when no men are present:

“Shared Hurdles shows that although voters view women candidates across race and party affiliation favorably, the qualifications barrier is not eliminated when women run against each other. Instead, both women have to show they are qualified and contend with the likeability–qualifications double bind.”

At RepresentWomen, we know that our plurality voting system is designed to encourage personal appeals and character attacks between candidates instead of issue-focused campaigns. As we’ve said before, RCV presents a solution that would turn the likeability tope on its head. In the meantime, the latest research from BLFF provides a timely reminder of the barriers that persist for women candidates in the current system.

That’s it from us! We hope you have a great weekend and enjoy our picks for must-reads!
As Always, check out our latest research for change by visiting RepresentWomen.org!