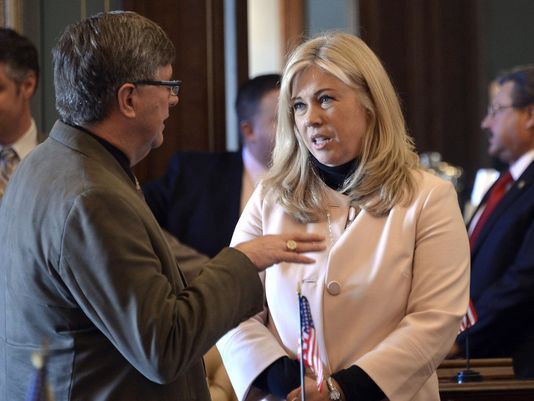 April marks a memorable centennial. On April 2, 1917, Jeannette Rankin, R-Montana, was sworn in as the first woman ever elected to Congress. Her election not only marked a milestone in the struggle for women’s political equality but provides a lesson about the importance of fair voting rules.

Women today are a majority of voters, but progress toward political parity is virtually stagnant. Fewer than 1 in 5 House members are women, only four governors are women, and women’s share of state legislative seats has never reached even 25 percent. The United States now ranks 104th among nations for representation of women in national legislatures — a steep decline from 44th in 1995. At this rate, parity is at best centuries away.

Why so little progress? There are several reasons, including cultural attitudes and bias. But a there’s an oft-overlooked barrier: our voting rules.

When Rankin broke through the representation barrier, Montana elected two House seats statewide rather than in separate districts. 1916 was a tough year for Republicans in Montana, with Democratic presidential nominee Woodrow Wilson easily winning the state. But Rankin won by finishing second. A year later the legislature carved the state into districts, gerrymandering Rankin into a more Democratic one. She unsuccessfully sought a Senate seat.

Already adopted in Maine for all major elections, ranked choice voting allows voters to rank candidates in order of choice. The tallying process gives as many voters as possible the power to elect candidates they like without worrying their vote will help elect those they like least.

When used to elect five winners, just over a sixth of voters will have the power to elect a favorite candidate, and just over a half of voters will elect three. It incentivizes more diverse teams of candidates, opening up opportunities for women, people of color and multiple political perspectives.

Not only will this change help women candidates but it will make democracy fairer and more open. By enacting it with a mere change in law, Congress would effectively eliminate gerrymandering. Voters would have the power to elect the candidates no matter where they live. More winners could be free of partisan straitjackets and act as bridge builders in the best tradition of our Founders’ vision of Congress.

Our nation certainly has a long history of addressing inequality with structural solutions. Whether fighting sexual discrimination in education and athletics with Title IX, the Americans with Disability Act, or the Voting Rights Act, changing the rules advances equality. Can you imagine telling a woman in a wheelchair trying to ascend steps that she just needs to try harder? Yet that’s what women are so often told when it comes to political equality.

Single-winner districts are not the only barrier to women. PACs and big donors should set minimum and steadily rising targets for how much money they will donate to women candidates, for example, and parties should systematically work with groups training women to run for office.

But Rankin’s success in a multi-winner district and subsequent loss due to gerrymandering underscores how voting rules matter. Let’s honor the centennial of her milestone victory by looking to electoral changes that can help realize the full promise of representative democracy.

Cynthia Richie Terrell is the co-founder of FairVote and the founder and director of Representation2020, a nonpartisan campaign to advance institutional reforms to win gender parity for women in elected office in the United States. She wrote this for InsideSources.com.