The Judiciary: By The Numbers

Women's Representation in the Judiciary 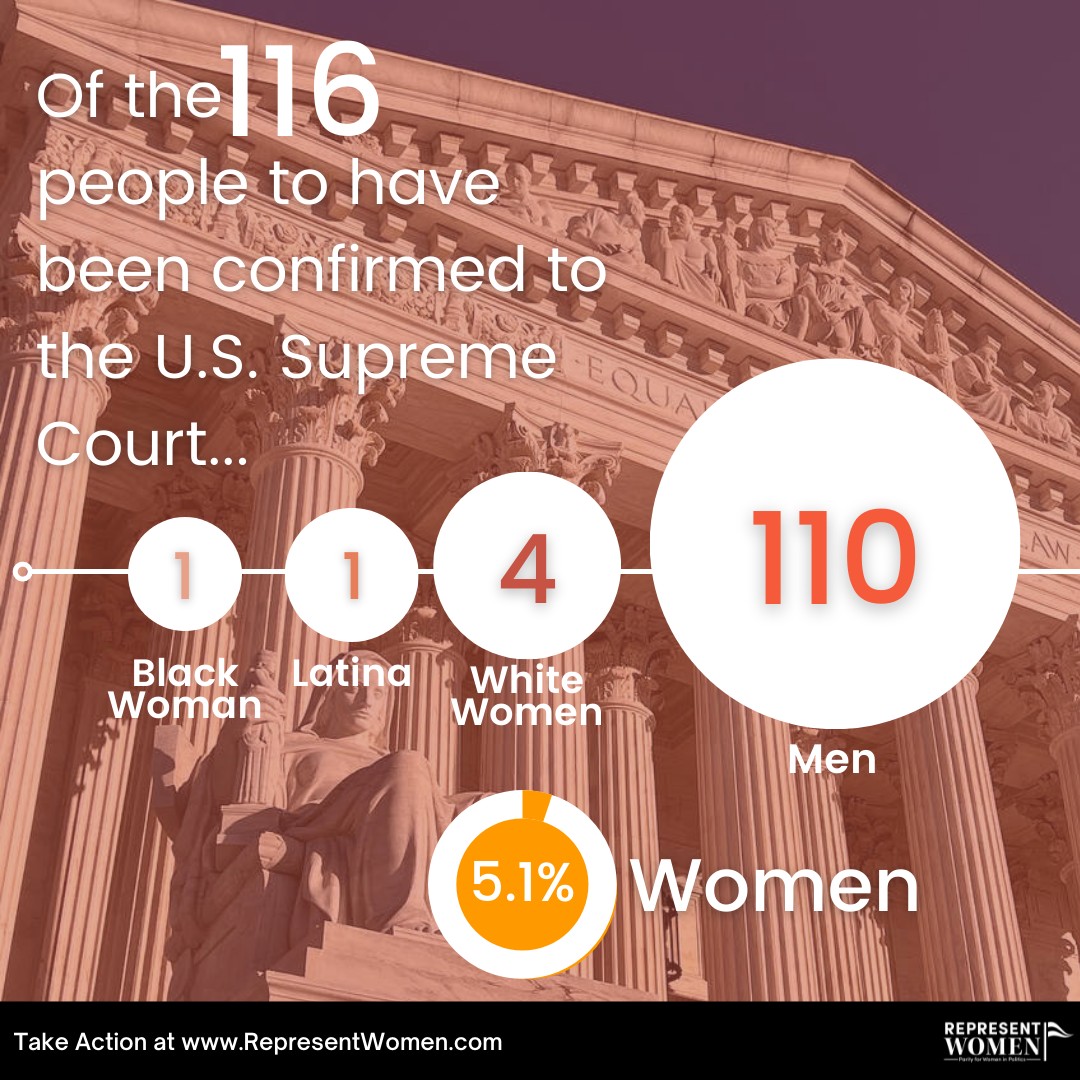 Out of the 115 justices that have served on the Supreme Court, there have only been five women - three of whom are currently on the bench. Sixty-five of the 175 active judges currently sitting on the federal circuit courts are female (37%).

These numbers are even worse for women of color