This week marks several milestones in the long struggle for women's equality: on July 14, 1917 sixteen women from the National Women's Party were arrested while picketing at the White House in favor of universal suffrage; July 16th marked the birthday of  suffragist Ida B Wells who was born in 1862; noted Quaker author Jessamyn West was born on July 18, 1902; and the Seneca Falls Women's Rights Convention was held July 19-20, 1848. I have been thinking about the tenacity and creativity of the women's rights advocates who came before us and wondering how future generations will judge us? Will our daughters' daughters adore us as the lyrics promise in Mary Poppins? I sure hope so...

With support from Pivotal Ventures, and fiscal sponsorship from RepresentWomen, Sharon Nelson and her team at Crewomen have organized Seneca Falls Revisited, a multi-year celebration of the centennial of suffrage that culminates next week with three days of incredible programming featuring an impressive lineup of speakers. Sharon's goal for the gathering is to wrestle with the complexity of the history of the work for women's suffrage while at the same time creating a framework through which we can chart an inclusive roadmap to reach gender parity in our lifetimes.

I am asking each of you to register interns, staff, daughters, sons, parents, and others to show our support for this incredibly important - and unparalleled - celebration of suffrage. Please use this link to register for the virtual event & get access to the live stream next week! And please help to build the audience by liking and resharing posts on social media from Seneca Falls Revisited & CREW accounts.

The Silent Sentinels picketing at the White House in 1917

Maura Reilly wrote her penultimate blogs for the Seneca Falls Revisited countdown series - which you can find on the RepresentWomen Medium page -  on the last batch of Suffrage Centennial Speakers and the Silent Sentinels:

Although many mark the official start of the women’s suffrage movement in the United States with the 1848 Seneca Falls Convention, the first woman’s rights convention in the country. It wasn’t until 1913, 65 years after the convention, when women began mass protests calling for the right to vote and equality under the law.

In 1913, the National Women’s Party led by suffragist Alice Paul organized the 1913 Suffrage Parade in Washington, DC. The march which took place a day before the inauguration of President Woodrow Wilson and was attended by more than 5,000 women including well-known suffragists like Ida B. Wells, was the first civil rights demonstration to take place in the Nation’s capital.

Four years later in January 1917, Alice Paul and the National Women’s Party continued what would be called their “militant” tactics to gain support for women’s suffrage, with a year long picket of the White House. After a meeting with representatives from the Party, President Wilson dismissed their appeal for women’s suffrage; as a result Paul and 1,000 suffragists took turns picketing the White House entrance on Pennsylvania Avenue. The protestors called themselves the Silent Sentinels, and true to their name they stood silently holding banners calling on Wilson to support women’s right to vote. Despite the peaceful nature of the protest, the Washington Herald described the picket as “the most militant move ever made by the suffragists in this country.” Others would go on to describe the Sentinels as women with “bad manners and mad banners.”

By Summer of 1917, public sentiment against the suffragist protestors resulted in physical attacks against them. As a response the police demanded the picketers end their protests or face arrest for “obstruction of traffic.” The Silent Sentinels remained and those arrested often declined paying bail and instead served out their sentences in the Occoquan Workhouse. While imprisoned, many went on hunger strikes and faced abuse from the guards. By November public sentiment had turned around in favor of the suffragists and by January 1918, President Wilson publicly announced his support for expanding suffrage to women. By the end of the year-long picketing, more than 218 women from 26 states had been arrested in the name of women’s equality. 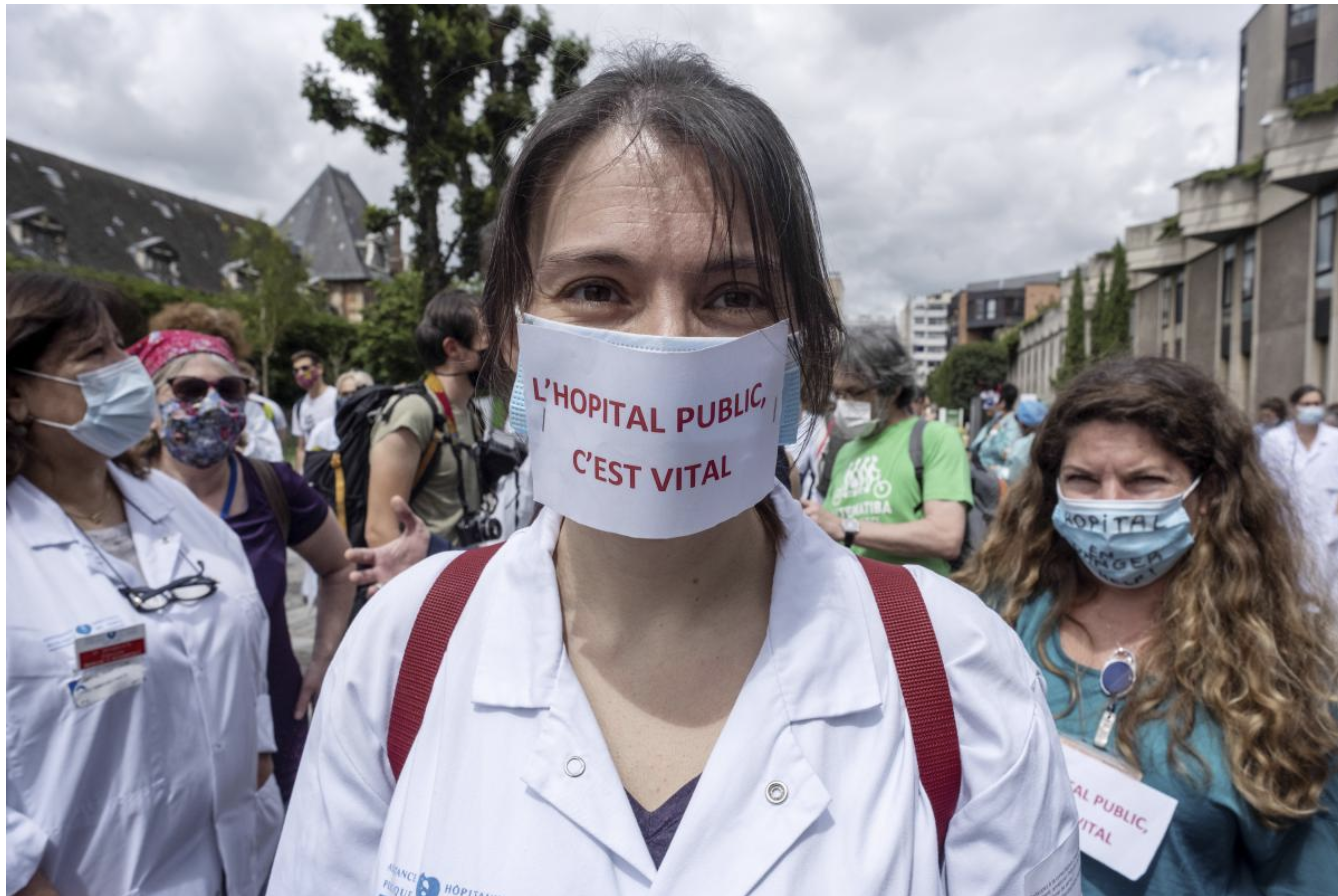 The team at Equality Can't Wait created this moving video featuring a wonderful array of women's rights advocates while CEO of Pivotal Ventures, Melinda Gates, wrote a compelling piece in Foreign Affairs where she argues that gender and equity must be at the center of the response to the COVID crisis:

History teaches that disease outbreaks—from AIDS to Zika to Ebola—play out with a certain grim predictability. As they infect societies, they expose and exploit existing forces of marginalization, seeking out fault lines of gender, race, caste, and class. It is no coincidence, for example, that in the United States, black Americans are dying at disproportionate rates. Or that although more men are dying of COVID-19, the disease caused by the new coronavirus, the broader impacts of this crisis threaten to disproportionately affect women’s lives and livelihoods.

Every day brings new examples of the ways in which women are being left behind by the world’s response to the pandemic. There are women in labor being turned away from overburdened hospitals; domestic workers whose lost income won’t be replaced by stimulus funding; adolescent girls who cannot continue their education online because their communities frown at the sight of a phone in the hands of a woman.

“Gender-blind is not gender-neutral” is a refrain among advocates for women and girls. In this crucial moment, it must also be a call to action. If policymakers ignore the ways that the disease and its impacts are affecting men and women differently, they risk prolonging the crisis and slowing economic recovery. But if they use this emergency as an opportunity to replace old systems with new and better ones, countries can build back more prosperous, more prepared, and more equal...

Most heads of state are men, by a wide margin. Three-quarters of the world’s national lawmakers are, too. Some of these men are indeed gender champions (South African President Cyril Ramaphosa, for example, has been vocal about ending gender-based violence even during his country’s COVID-19 shutdown). All of these leaders now have a stake in ensuring that women are involved in decision-making about the COVID-19 response.

The virus has created an explosion of blue-ribbon commissions, kitchen cabinets, and other ad hoc bodies that are helping decide everything from when economies reopen to how a vaccine will be distributed. Women—and, importantly, women from diverse backgrounds—must be equally represented in all of these conversations. Governments should reach beyond the typical halls of power to partner with grassroots women’s organizations, whose deep understanding of marginalized populations can help ensure the official response leaves no woman behind. Some governments have already found these groups to be important allies in the fight against this virus. In India, thousands of members of grassroots women’s organizations had, by early May, manufactured more than 100 million masks, 200,000 PPE kits, and 300,000 liters of hand sanitizer.

This is how we can emerge from the pandemic in all of its dimensions: by recognizing that women are not just victims of a broken world; they can be architects of a better one.

There was a very timely piece - written by Rachel Minkin - about a Pew Research Center survey on support for women's equality and how it varies depending on partisanship and other factors:

Many of the values of the feminist movement have been accepted across the political spectrum in the United States, even among Americans who don’t personally identify as feminists, according to a Pew Research Center survey about gender equality that comes 100 years after the ratification of the 19th Amendment.

For example, a majority of Democrats and Republicans – whether they identify as feminists or not – say it is very important for women to have equal rights with men. Similarly, majorities in both partisan coalitions support adding the Equal Rights Amendment to the U.S. Constitution.

The survey comes as scholars and commentators debate the impact of feminism on women’s rights and broader American culture. Some argue that feminism has become universal and that the values and principles of women’s equality and empowerment have already been adopted to a large extent by society, no longer requiring identification with the label of feminist.

While the Center’s survey finds broad agreement on some aspects of gender equality, it also finds differences between self-identified feminists and non-feminists on other measures.

To some extent, these differences can be explained by partisanship: Feminists are far more likely than non-feminists to identify with or lean toward the Democratic Party. Overall, Democrats and those who lean Democratic are more likely than Republicans and Republican leaners to say gender equality is very important, and they are more than twice as likely to say the country has not gone far enough in giving women equal rights (76% vs. 33%). And while most Democrats (85%) say the bigger problem is people not seeing discrimination against women where it really does exist, a much smaller share of Republicans (46%) say the same. 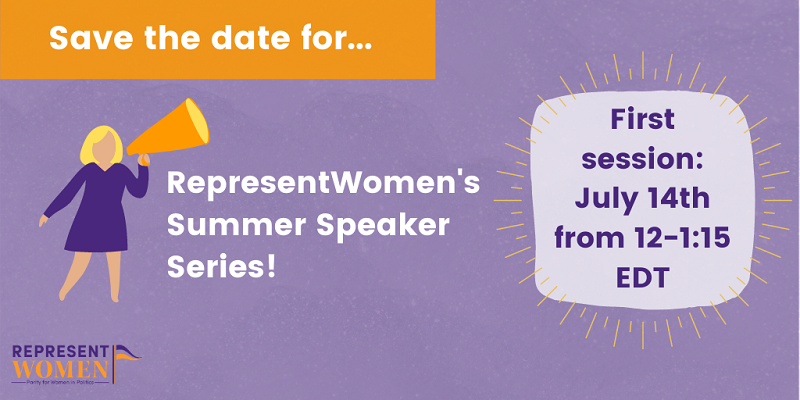 The outreach team has organized a terrific series of virtual presentations to share our work with our supporters and friends, Please use this link to register for the remaining sessions of RepresentWomen's Summer Speakers Series! And click here to listen to the 1st in the series featuring Represent Women board members Amber McReynolds & Susannah Wellford along with interns Claire Halffield & Nicole Distinto, & Maura Reilly who discussed our summer research projects.

Maura Reilly had a great piece in Gender on the Ballot: The Cost of Electing Women: How PACs and Donors can Make a Difference that discusses women candidates and money:

With five months until the 2020 Congressional election, a total of $1.5 billion has been raised across both parties in the House and the Senate from a combination of Political Action Committees (PACs) and individual donors. Since the 1998 Midterms, the money raised and spent in Congressional elections has steadily increased every cycle, with 2018 holding the record high, with $5.7 billion raised and spent.

Although there remains widespread debate over the continued role of money in American politics and the importance of campaign finance reform, there is no question about the impact money can have on the outcome of candidacies and supposed electability. In the last decade, 90 percent of the Congressional winners were also the highest spending candidates; importantly, money often matters most in primary elections.

Adam Bonica, a political science professor at Stanford, suggests fundraising abilities have a greater impact on a candidate’s success during a primary election, particularly a crowded primary. Bonica’s research has found between 80 and 90 percent of general Congressional elections are predetermined by a district’s partisan and demographic make-up and money donated by PACs and large donors do more to curry favor rather than effect change. While in primary elections, early fundraising totals can often predict the election outcome, because the ability to raise large sums of money quickly results in name recognition and positive media coverage for a candidate, especially in a crowded primary field with no incumbent.

RepresentWomen’s report on the impact of funding during the 2018 midterm election cycle found PACs often hedge their bets when it comes to funding congressional candidates, overfunding incumbents across the political spectrum, compounding on the inherent benefits of incumbency and ignoring the political influence they could have in open-seat primary elections. Our case studies on specific PACs, such as Google, Twitter, and Disney found the same pattern with men receiving three times that of women candidates. Although overfunding incumbents on its surface seems like a gender-neutral problem, with the majority of incumbents being white men, the current system hinders our ability to reach gender parity in Congress. 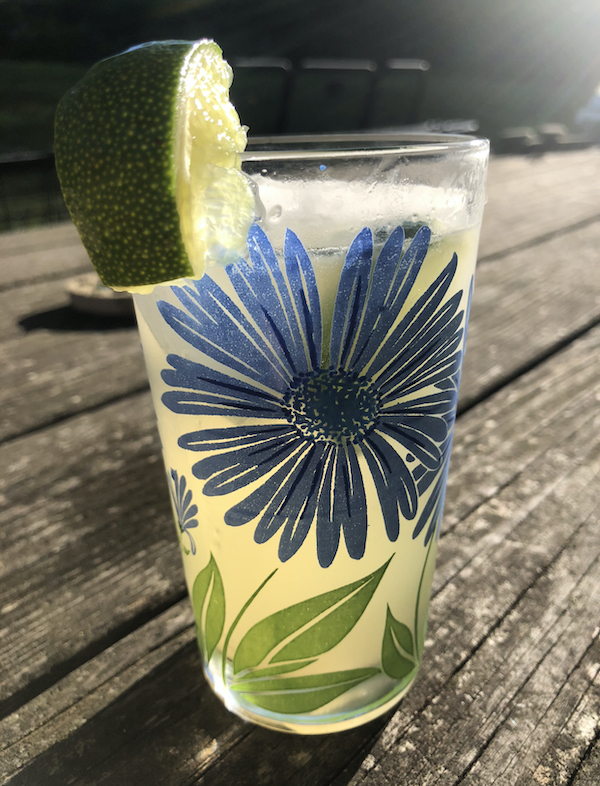 feminist must reads from the team at RepresentWomen! 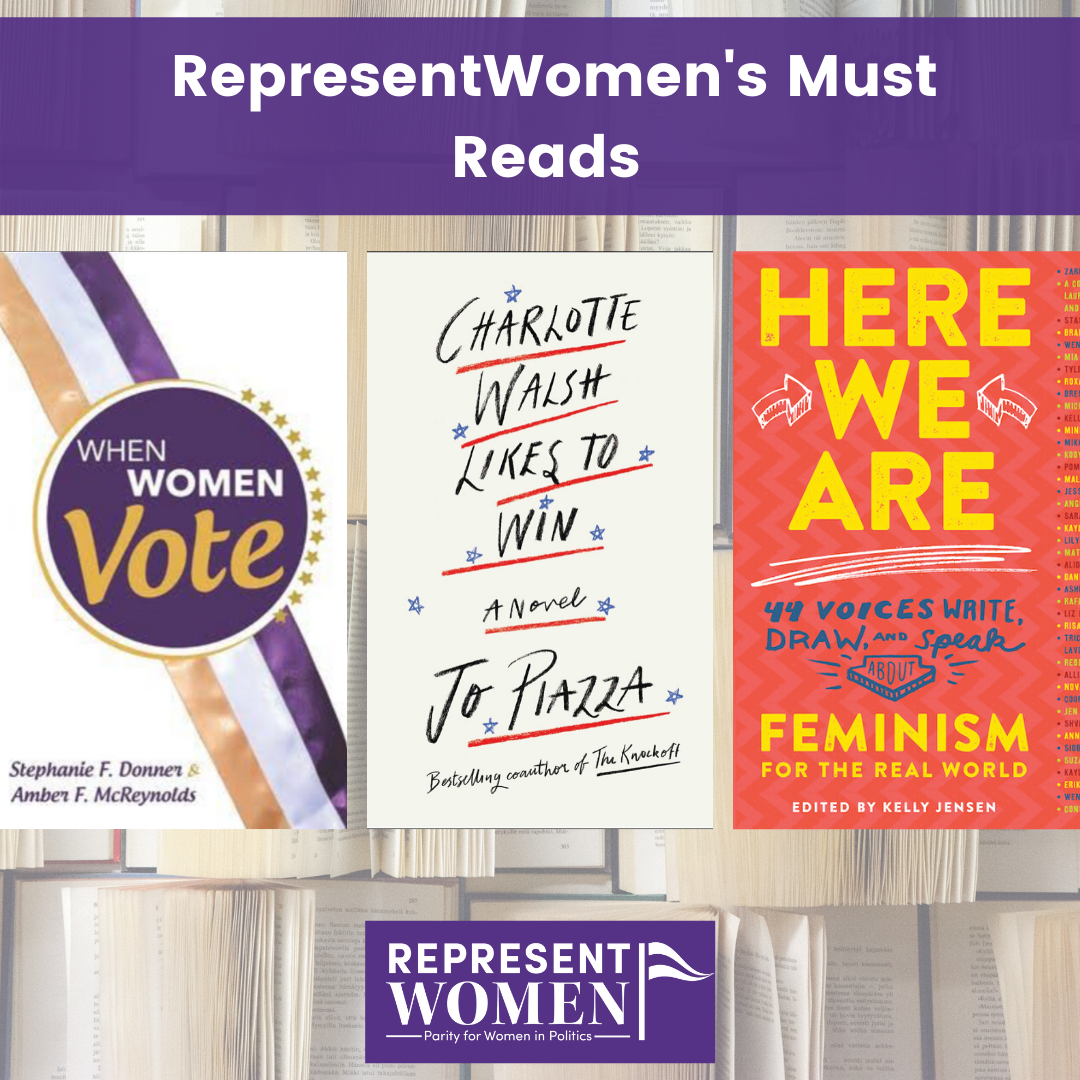 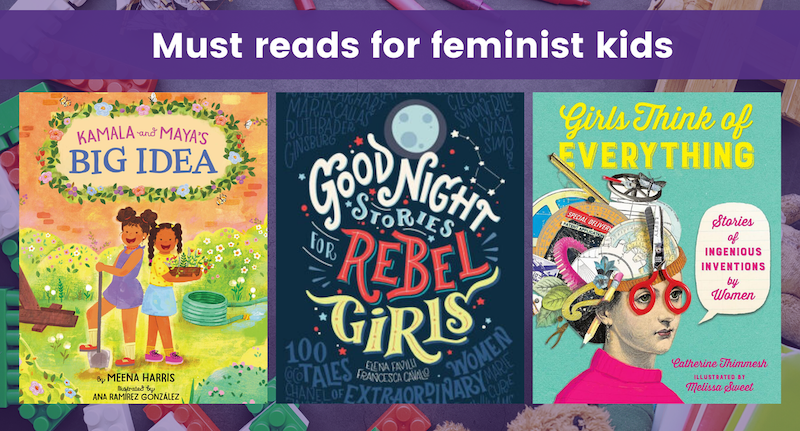