Dear friends,
While it has been a very busy week politically in Iowa and in Washington, DC, it is the eve of another increasingly political event - the Oscars - this coming Sunday evening. RepresentWomen's terrific research fellow Maura Reilly wrote It’s Time for the OscHers: When Will the Academy Honor Female-Driven Storytelling?  that ran in the celebrity online news source The Wrap this week. Be sure to cast your ranked vote for best woman director in our online poll - we will release the results Sunday night:

Support for movies, television and books that exemplify women and girls’ perspectives is not just about being recognized at award shows. The Geena Davis Institute has found the portrayal of women and girls in media directly impacts how young girls view their own abilities and options. “If they can see it, they can be it,” Davis has said, noting that the first step to gaining gender equality and equal opportunity is allowing young girls to imagine any role, job and life that they want for themselves. One of the biggest barriers for women reaching the highest levels of elected office is the perception of female leaders. The first step has to be normalizing the idea of female leaders across all fields — whether elected, appointed or fictional.

In her 2019 Golden Globes acceptance speech, Regina King commited to reaching gender parity in all the work she produces over the next two years, and then added, “I challenge anyone out there who is in a position of power, not just in our industry, in all industries, I challenge you to challenge yourselves and stand with us in solidarity to do the same.” King’s challenge should be taken up: Until we acknowledge the problem and commit to correcting it, we will never reach gender parity, in film or politics or business. Until our culture, norms and institutions begin to value women, their work, achievements and perspectives as inherently equal to men, we must actively support the female filmmakers and storytellers who are producing female-driven stories. While women directors were shut out of the 2020 Oscar nominations, RepresentWomen would like to introduce our own ballot for the Best Women-Directed Films of 2019, and urge you to rank your favorites. 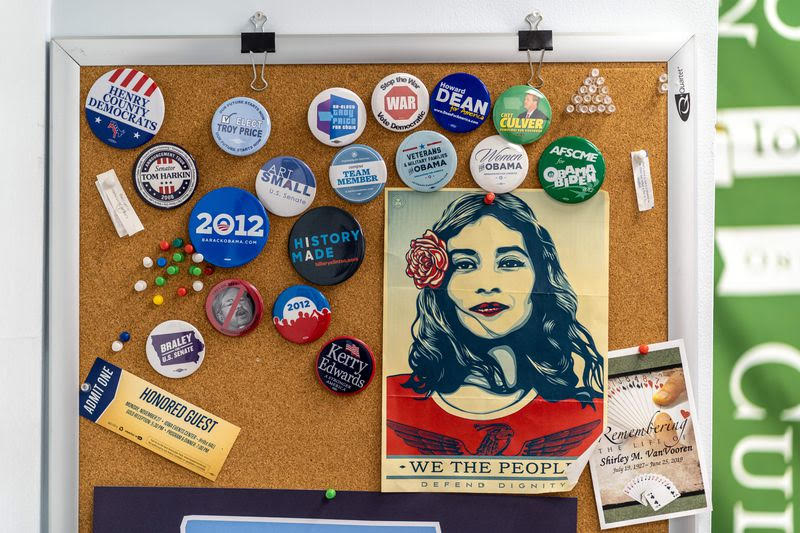 For those of you who are interested in the presidential nomination process you might enjoy this piece by my husband Rob Richie that ran in the Chicago Tribune:

After a year of campaigning, the first votes are about to be cast in the 2020 presidential primaries. While Donald Trump has an apparent lock on the Republican nomination, Democrats have a wide open contest. Of the dozen remaining candidates, polls suggest that none will receive even 30% of the vote in the early states.

Unfortunately, the combination of a chaotic and incoherent primary schedule and antiquated voting rules makes winning as much the product of dumb luck as anything relating to the quality of candidates and their ability to unify voters. The White House and American governance are on the line, but our parties and policymakers keep dropping the ball. Let's hope they get it right by 2024.

The most obvious flaw is the dominant role that Iowa and New Hampshire play by voting first. Dating back decades, this schedule favors candidates based on geographic accidents, such as Massachusetts politicians Michael Dukakis, John Kerry and Mitt Romney getting propelled to their party’s nomination by wins in neighboring New Hampshire.

It gets worse. Ballotpedia reports that the remaining Democratic candidates collectively held nearly 700 campaign events in those two states alone in 2019. While having an intense vetting process is valuable, states have different priorities, and all but four states have more racially and ethnically diverse electorates than Iowa and New Hampshire...

There’s a second big problem with our current rules: limiting voters to one choice no matter how large the field. That limitation has profound implications. Take number-cruncher Nate Silver’s recent analysis of why Sen. Elizabeth Warren needs to win Iowa. Silver rates Warren’s chances to secure the nomination as greater than 50% if she wins Iowa, but less than 20% if she does not.

In the quest for convention delegates, getting 25% compared to another's 24% is meaningless because delegates are allocated in proportion to votes. It's all about media perception of “momentum,” but our single choice system makes “winning” barely fairer than rolling dice. The difference between winning and losing will be essentially a random chance based on how candidates with common bases of voter support happen to split their votes.

Iowa at least gives supporters of weaker candidates a backup vote. If, for example, a candidate earns 5% at a caucus and isn't viable for that precinct, those voters can move to have their vote count for their next choice who has enough support to win delegates. Half of all Iowa Democrats may well end up supporting a backup choice. This makes more votes count, and rewards candidates who can help unify the party by picking up support from trailing candidates. Rob and I participated in a conference on the caucuses at the University of Iowa last weekend and had the chance to see a number of candidates speak and attend several caucuses - all of which added up to an amazing experience! I had a great exchange with Tom Steyer about whether he would appoint a gender balanced cabinet - his answer was an emphatic YES!

There was a very interesting story on EchoLive.ie about the large number of women candidates running for election in the Irish elections this weekend:
THIS Saturday February 8, a total of 528 candidates will contest the 2020 general election — 366 men (69.3%) and 162 women (30.7%). This is the highest proportion of women to ever contest a general election in Ireland.
More than a century after women gained the right to stand in national elections, the 2020 general election marks the first time they will contest in every constituency, and the first general election all the electorate will have an opportunity to vote for a woman to Dáil Éireann. It’s an indicator of the slow pace of change in Irish political culture that is has taken until 2020 for this to happen.

So why has it taken so long? A combination of historical, socio-cultural, institutional and individual level effects account for the supply and demand of women candidates at election time.

Supply-side factors refer to those resources, including time, money and experience, that shape a person’s interest, motivation, and ambition to enable them to run for political office. Demand-side factors include party culture and ideology as well as party selectors’ attitudes and preferences about what makes an ideal candidate. 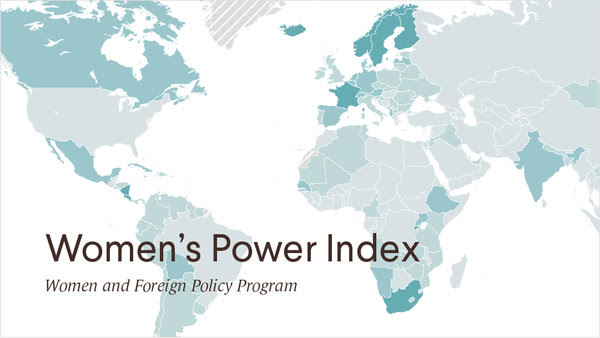 The Council on Foreign Relations released a new Women's Power Index this week that resembles RepresentWomen's International Dashboard on Women's Representation - it's great to have more voices amplifying the importance of understanding the United States in the context of the global community:
As the 2020 election season begins, the Women and Foreign Policy program is launching the “Women’s Power Index,” a new interactive tool that ranks countries on their progress toward gender parity in political participation and visualizes the gender gap in political representation.
The index reveals that the number of female heads of state has surged over the last three decades. Since the end of WWII, sixty-four countries have elected a female head of state, with two-thirds of women ascending to high office during this period elected in the 2000s. Despite these gains, women remain underrepresented at all levels of government. Out of 193 countries: Congratulations to Ashanti Gholar for being named the new president of Emerge America!
I am dashing out the door - as usual - but hope you are all well and that you will vote in the Best Woman Director poll!
Warmly,
Cynthia
P.S. We still have a few Suffrage Centennial calendars left - we have given out about 925! Use this order form if you would like to order one! We also have cards to celebrate women leaders - let us know if you would like some!
Share
Topic:Weekend Reading