Dear friends and allies,
Before the final frenzy of GOTV and the inevitable coverage of close wins and losses and the discussion of what it all means for our democracy, I wanted to take a moment to thank all the terrific candidates and the groups and individuals who have helped them make this year a milestone for women candidates.
Thank you.
Thanks to the candidates, thanks to all of you who have supported the candidates, thanks to the many organizations who have identified & guided the candidates, thanks to all the donors who have helped to make their campaigns viable, and thanks to all those who have supported their wives/mothers/daughters/sisters as they run for office.
Many thanks also to super ally Sheila Krumholz at Open Secrets which is tracking spending on women and by women in this and previous election cycles. Check out their new landing page on gender and the terrific blog written by Grace Haley about their research on the enormous sums raised and spent this election cycle.

With one week left before the 2018 elections, all eyes are on the female nominees after a set of primaries broke a number of glass ceilings — notably, a record number of women running as congressional candidates, a record amount of money donated to congressional candidates by women, and a record number of women as major party nominees in both the House and the Senate. There was a significant increase in the percentage of congressional campaign contributions coming from female donors, and the trends benefiting Democratic candidates, notably Democratic women, have continued through the pre-general election deadline.

Democratic women have received the largest amount of money from female donors this cycle at $159 million — a significantly historic high when we are looking at general election numbers. It is nearly 2.5 times larger than the amount of money female Democratic congressional candidates raised from female donors in 2016. This is the first time we have witnessed women congressional candidates outraise men — both Republican and Democratic. Stay tuned for more on our ongoing work to get PACs and donors to set targets for the percentage of money they spend on female candidates - especially in open seat races. These targets will help get more money into the hands of candidates and force institutions like PACs to be agents of change not mere agents of the status quo.
There are lots of sources for election results but here are a few links:
Last night I saw the play The Agitators at the Mosaic Theater in Washington, DC which tells the story of the fierce friendship between Susan B Anthony and Frederick Douglass. While I have a few quibbles with the way the play portrays Anthony as a Quaker, the exchanges between Douglass and Anthony are spot-on. The debate about strategies to win equality - for women and for people of color - which consumed Douglass and Anthony - continue to this very election eve. 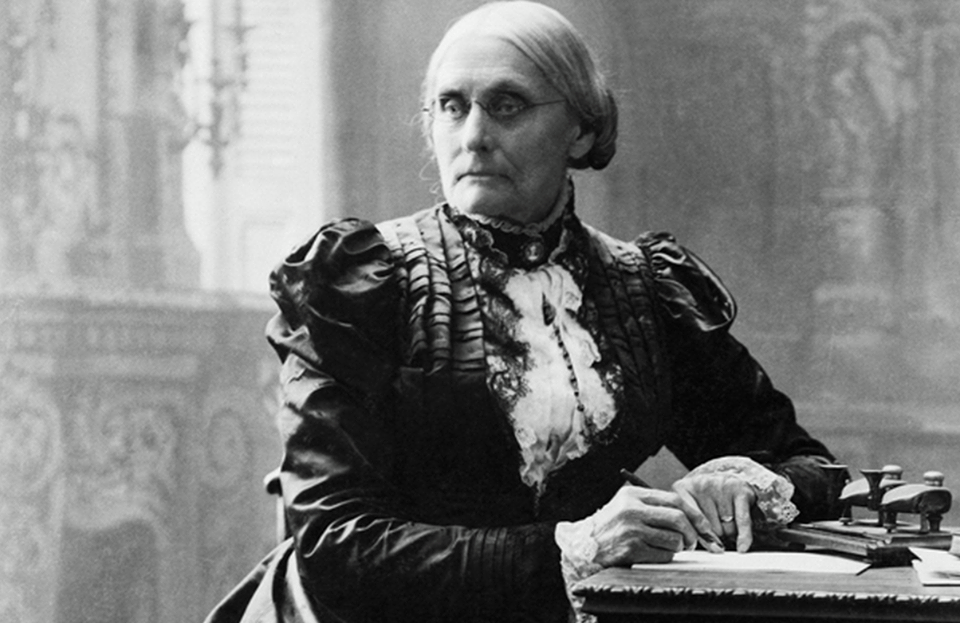 Fittingly, it was on this day in 1872 that Susan B Anthony cast her vote for president and was promptly arrested and fined...

We still have a long way to go but I am happy that we have come this far - together,