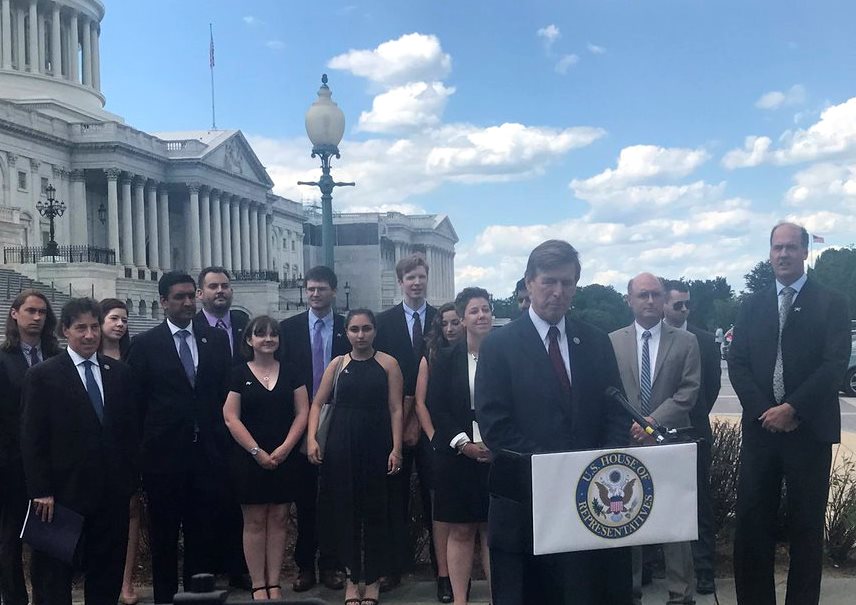 “The Fair Representation Act is designed to restore the faith which so many Americans have lost in our political system,” said Rep. Don Beyer. “This bill would ensure that every voter has their voice represented in Congress, and make real progress towards bipartisan focus on getting results for the American people.”

Rep. Beyer was joined by Reps. Ro Khanna (D-CA) and Jamie Raskin (D-MD), co-leads on the bill, as well as speakers from FairVote and Third Way.

“The Fair Representation Act is the most comprehensive approach to improving congressional elections in American history,” said Rob Richie, the executive director of FairVote. “It creates an impartial, national standard that gets at the core of FairVote’s mission: Giving voters greater choice, a stronger voice, and a representative democracy that works for all Americans.”

The Fair Representation Act would move U.S. House elections into multi-member districts drawn by independent redistricting commissions, and elected through ranked choice voting. The multi-member districts would be effective in states apportioned six or more seats in the House, and would elect three to five Representatives each, depending on the size of the state. Taken together, these three measures would incentivize congressional candidates to appeal to a broader range of voters.

“No single reform would create more opportunities for women and people of color from across the spectrum to compete in fair elections,” said Cynthia Terrell, founder of Representation2020. “It is central to our vision of how we achieve parity for women in congressional elections.”

Full text of the bill may be found here, and more resources, including factsheets and FAQ’s, are available from FairVote here.