Women's Underrepresentation in the Judiciary

Female matriculation in law school has increased significantly over time. In fact since 1992, the ratio between female to male law students has approached 50/50. Despite the relative equality among male and female law students, women’s representation in the judicial branch remains shockingly low. This is true among both female judges and prosecutors.

A more diverse judicial branch equates to a more representative government. Representative democracy is important to the judicial branch because different perspectives often lead to diverse readings and implications of rulings. Christina L. Boyd, Lee Epstein and Andrew D. Martin’s study, Untangling the Causal Effects of Sex on Judging, found that male federal appellate court judges are less likely to rule against plaintiffs bringing claims of sex discrimination if a female judge is on the panel. Who we see representing us matters. Female judges and prosecutors are necessary to bring a new perspective to their rulings.

The federal court has three main levels: district courts, circuit courts, and the Supreme Court. There are currently three women on Supreme Court. In all of American history, only four of 112 Supreme Court Justices have been women. Sixty of 167 active judges sitting on the 13 federal courts of appeal are female; this is about 36% of all sitting judges. Thirty-three percent of US district court judges are women. There are still six district courts around the country where there has never been a female judge and four district courts that have had a female judge, but do not currently have one. Even more striking is the lack of women of color. Out of the 3,000 federal judges across the country this year, only eight-two are women of color. Six federal courts of appeal do not have a single active minority woman judge. The lack of women on the bench limits diverse experiences and perspectives that are critical for informed judicial rulings.

Additionally, women are underrepresented on state courts. Fewer than one-third of state judges are women. According to the Gavel Project, state courts “handle more than 90% of business in America.” Approximately 94 million cases were brought forth in American state trial courts in 2013. Consequently, state courts play an important role in determining rulings and creating precedents. Despite their importance, there is no state that has proportional representation of women on the bench to women in the state’s population.

While women make up 51% of the general population, they are severely underrepresented in the judicial branch. A more representative democracy is necessary not just in the legislative branch, but in the judicial one as well where important decisions about the legality of social and political practices are decided. 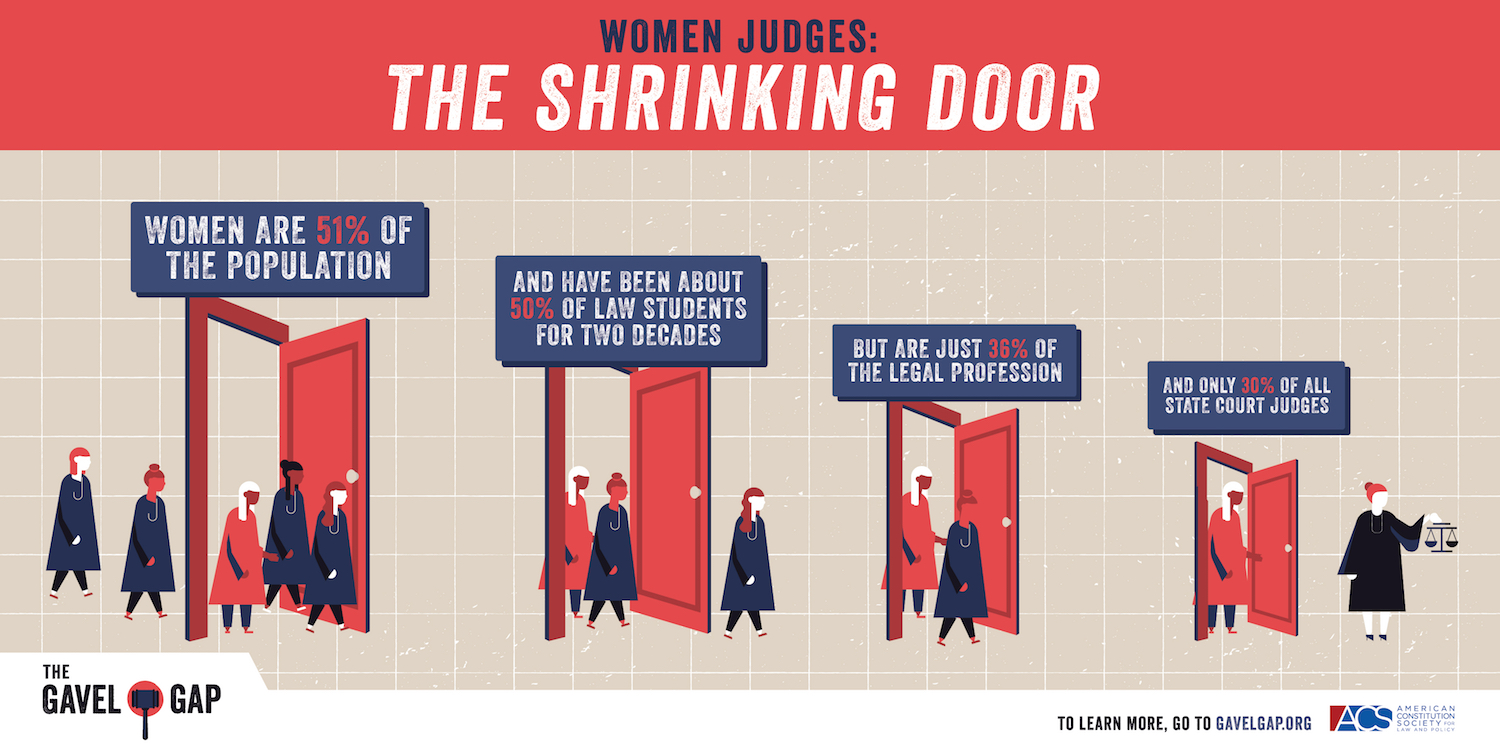