We here at RepresentWomen hope you all had a lovely Labor Day weekend! It has been quite the busy summer for women's representation and our team has been hard at work preparing reports, connecting with women in the democracy reform movement in the United States and internationally, and preparing for upcoming events. Check out our Instagram for a quick recap of what our team was up to this August! 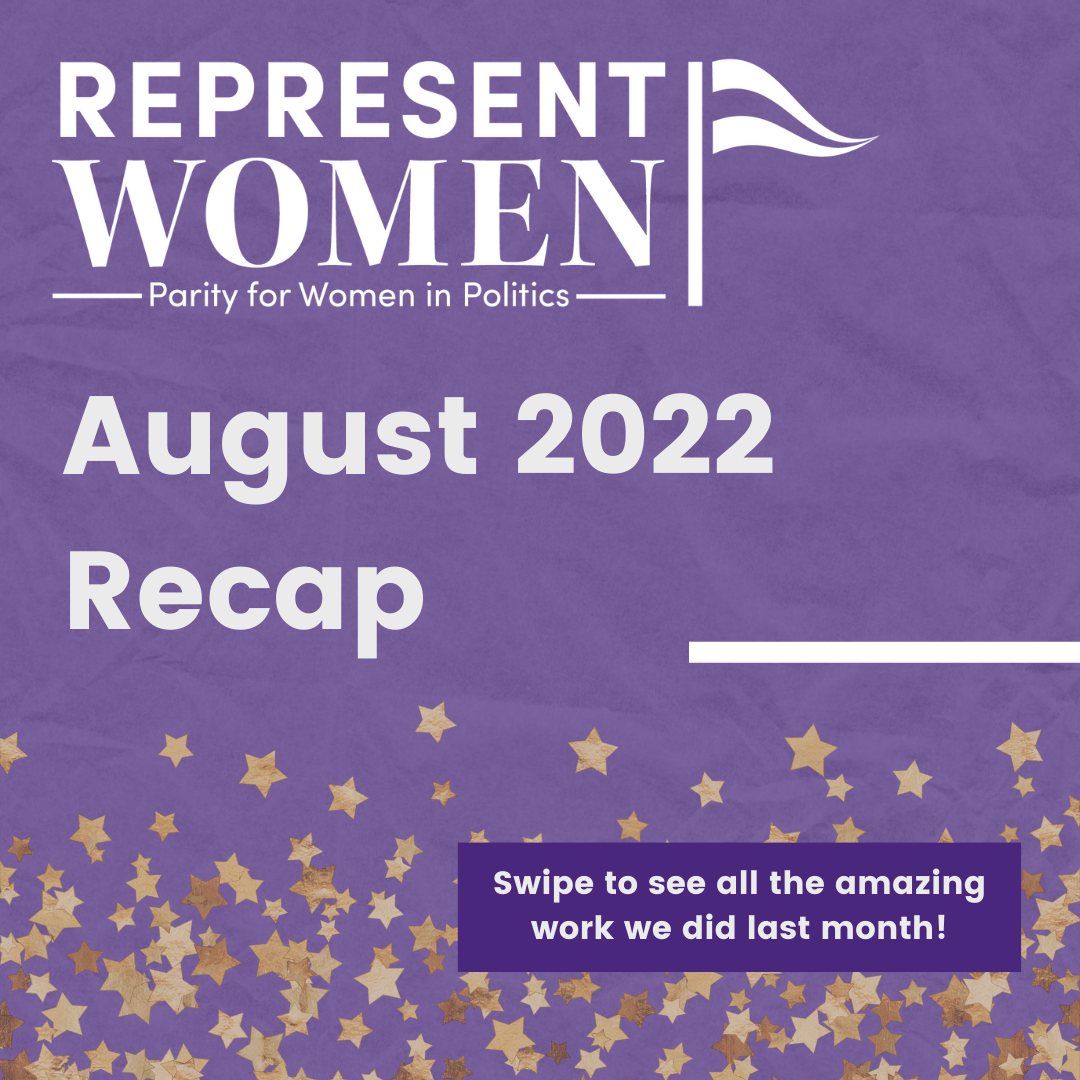 “For women who have been around for awhile, and for young women wanting to look up to what’s possible — I can’t believe this is actually happening,” Deb Kozikowski, the vice chair of the Massachusetts Democratic Party, said of Ms. Healey. “She’s breaking barriers right, left and sideways.”

“There are over 20 million openly L.G.B.T.Q. adults in this country as we speak right now, and in terms of elected officials to the highest seats in their states, or in this country, we still have work to do, right, to be represented,” said JoDee Winterhof, senior vice president for policy and political affairs at the Human Rights Campaign, the nation’s largest L.G.B.T.Q. rights organization. Referring to both Ms. Kotek and Ms. Healey, she added, “It’s really an exciting time that we would not only break the record, we would double the number on election night.”

July polling shows Healey as favored to win against Diehl.

Healey is known for being open with both her experiences and her advocacy.

As attorney general, Maura Healey has spoken out against legislation targeting LGBTQ people in other states, challenged federal rollbacks of discrimination protections in health care, and opposed Trump administration policies that targeted transgender people. She pushed for the recognition of gender-neutral options on state and federal identification, and led the first successful challenge to the Defense of Marriage Act, the federal law that denied rights to same-sex couples...

“These experiences helped inform my drive to do civil rights work [says Healey]. I think my identity as a gay person certainly is part of that,” she said in an interview. “You naturally recognize those who aren’t in the majority, those who may be victimized, who may be discriminated against, who may feel that they don’t have a voice. And I certainly bring a certain sensitivity to that.”

RepresentWomen’s 2022 Gender Parity Index ranks Massachusetts at 13th in the country with a "B" grade. The state has never elected a woman to the position of Governor, but Jane Maria Swift (R, 2001-2002) briefly held the position after being appointed in 2001.

Other wins for women in the state include Salem Mayor Kim Driscoll obtaining the Democratic nomination for lieutenant governor and Andrea Campbell winning the primary for Attorney General. 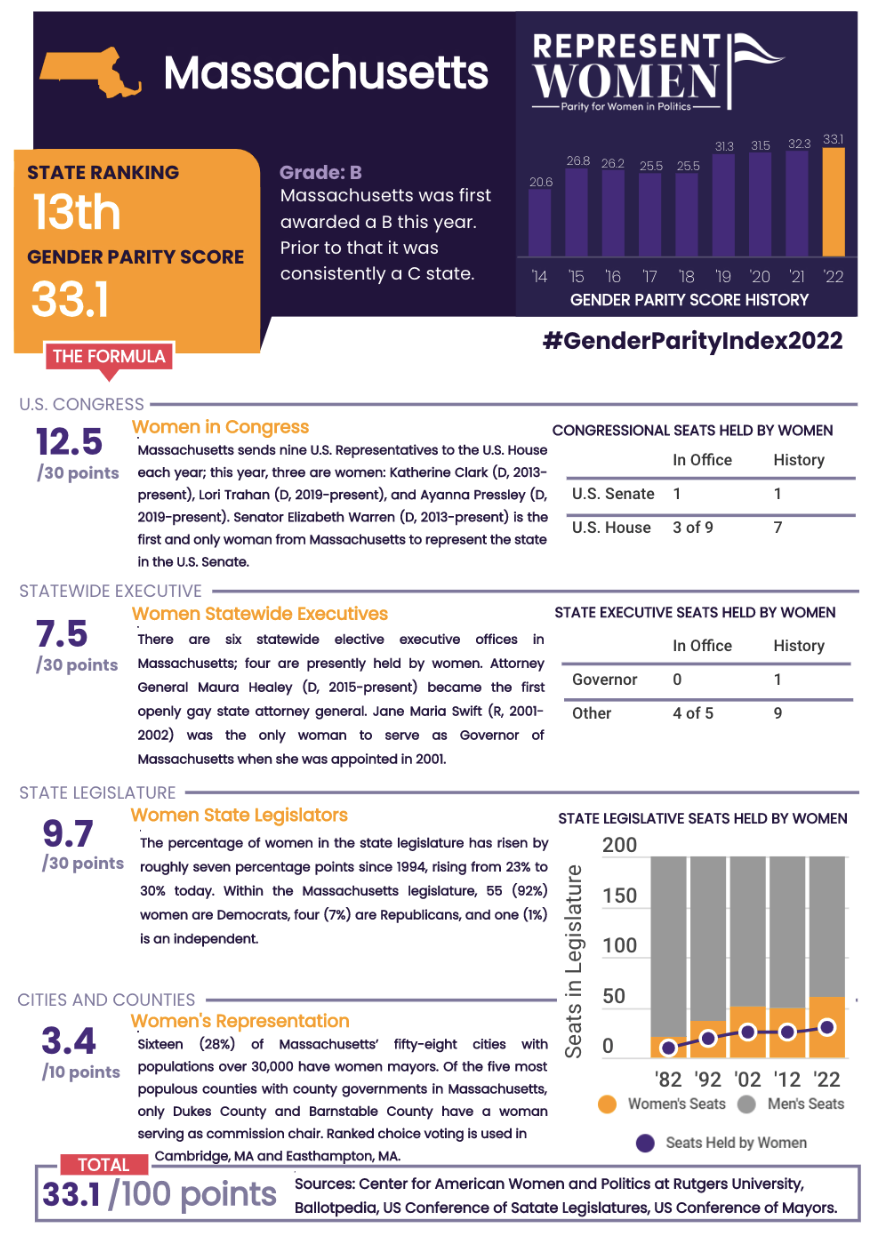 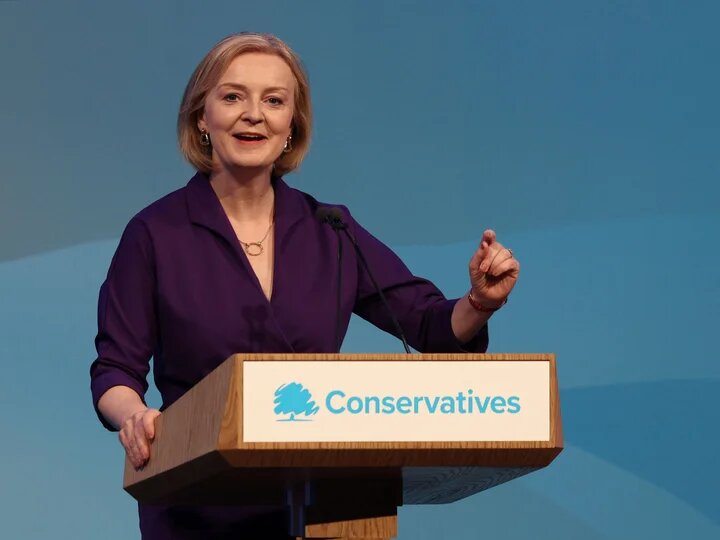 After a series of worsening scandals, Johnson's party could no longer support him, forcing him to resign. On top of this, PM Truss is inheriting a rapidly escalating energy crisis in Britain, with record high gas and electricity costs due to the war in Ukraine. The rise in inflation is also threatening to push the country into a major recession.

While we believe a widely representative range of women deserve a seat at the table, Vicky Spratt of Refinery29 shares that the Brits aren't so sure if PM Truss is truly on the side of women and low-income young people:

Truss is a fan of tax cuts which would disproportionately help men as well as the wealthy, according to analysis by the Women’s Budget Group. These same tax cuts will only save the poorest households 76p per month, and she favours tax reforms for parents, which could – wait for it – actually encourage women to stay at home instead of return to work...

Truss, so far, has announced no policy ideas which suggest that she plans to help younger renters, which is a bit like being the captain of the Titanic, seeing an iceberg, and ploughing towards it anyway because evictions are already up by 39% in the last three months...

Women are worse hit by the economic catastrophe that is unfolding because they generally earn less than men to begin with and are more likely to be primary caregivers, Mary-Ann Stephenson of the Women’s Budget Group explained over the phone, speaking shortly after Truss’s win was confirmed.

“We know that women are being hit harder by the cost of living crisis, both because they were poorer going into it with lower levels of savings and higher levels of debt, which means they have less flexibility to deal with rising costs,” she continued.

Truss might be keen to cut taxes but the economic problems we face are not only about rising costs but the fact that incomes are too low. Women are more likely than men to be low earners and Stephenson says this is something Truss needs to address...

Perhaps it’s facile to expect a woman to care more than a man might about the fact that things are harder for women and people with children right now. But, at the very least, you’d hope that a woman prime minister wouldn’t oversee a society in which things actively get worse for them... 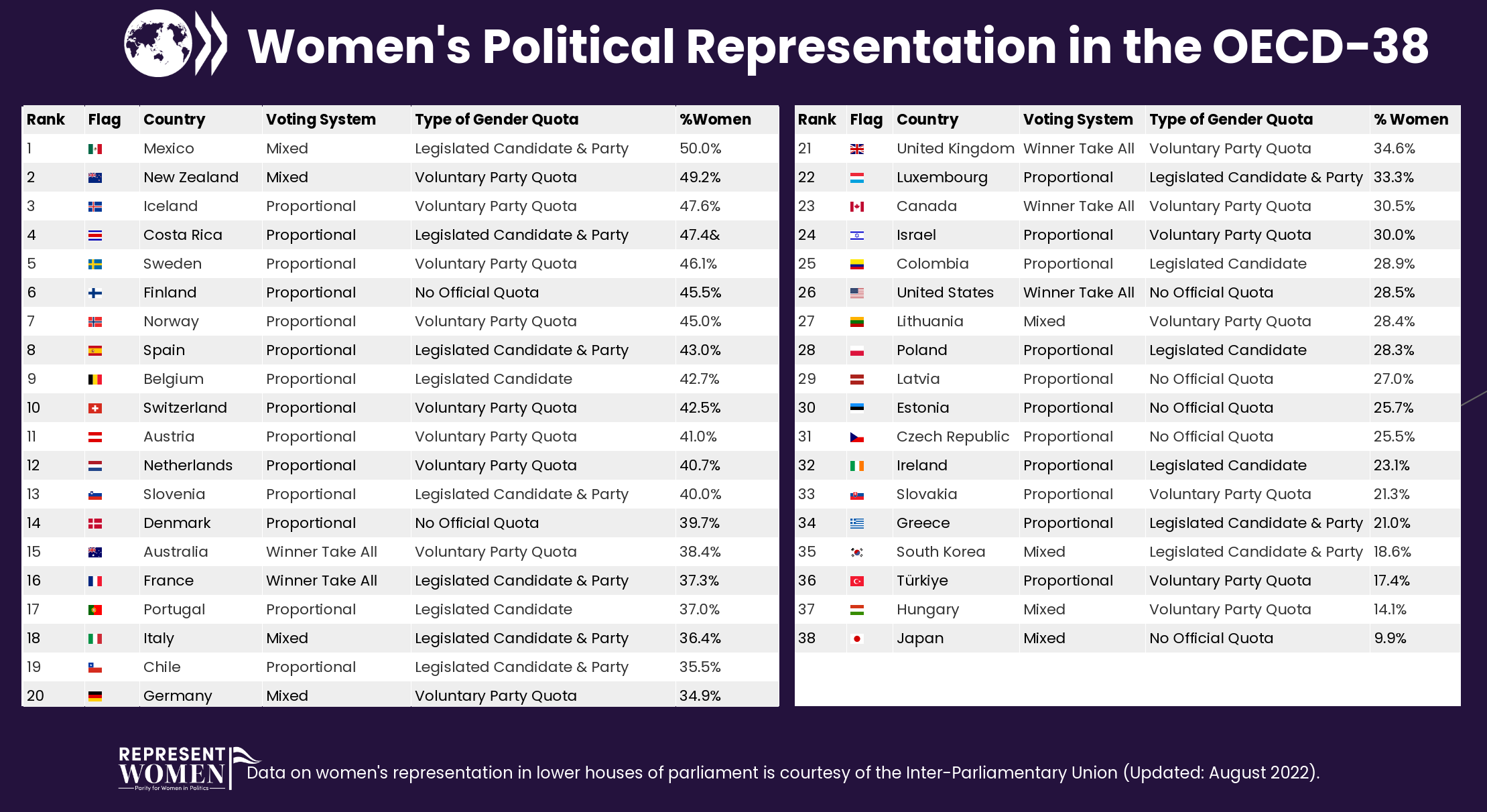 A recent article from History highlighted the three countries with the most female leadership based on the number of terms served in the highest offices. These three are Switzerland, Iceland, and Finland.

Truss will be the third woman to hold the title of Prime Minister of Great Britain, but female leadership in world power is still a relatively modern phenomenon. To date, there have only been 63 countries since 1960 where a woman has held the highest position of executive power.

The year with the highest number of female world leaders was 2020. That year saw 18 countries out of 195 led by a woman, representing just 9% of countries worldwide. [Switzerland, Iceland, and Finland] are the three most female-led countries in the world.

It’s important to note that the number of women to have held the highest position of power in their countries doesn’t relate to the individual women themselves, but the number of terms that they have been elected to the position.

What do these three countries all have in common? Looking at the chart above which tracks women's representation in the OECD, courtesy of RepresentWomen, these three nations all use proportional voting systems. Every country in the top 14 uses proportional or mixed voting systems and the vast majority of these have some type of gender quotas in place.

These are the kinds of system reforms the United States must implement if we ever hope to advance above 26th place on the OECD rankings.

Looking Ahead to RCV On Nevada Ballot - Alissa Bombardier Shaw 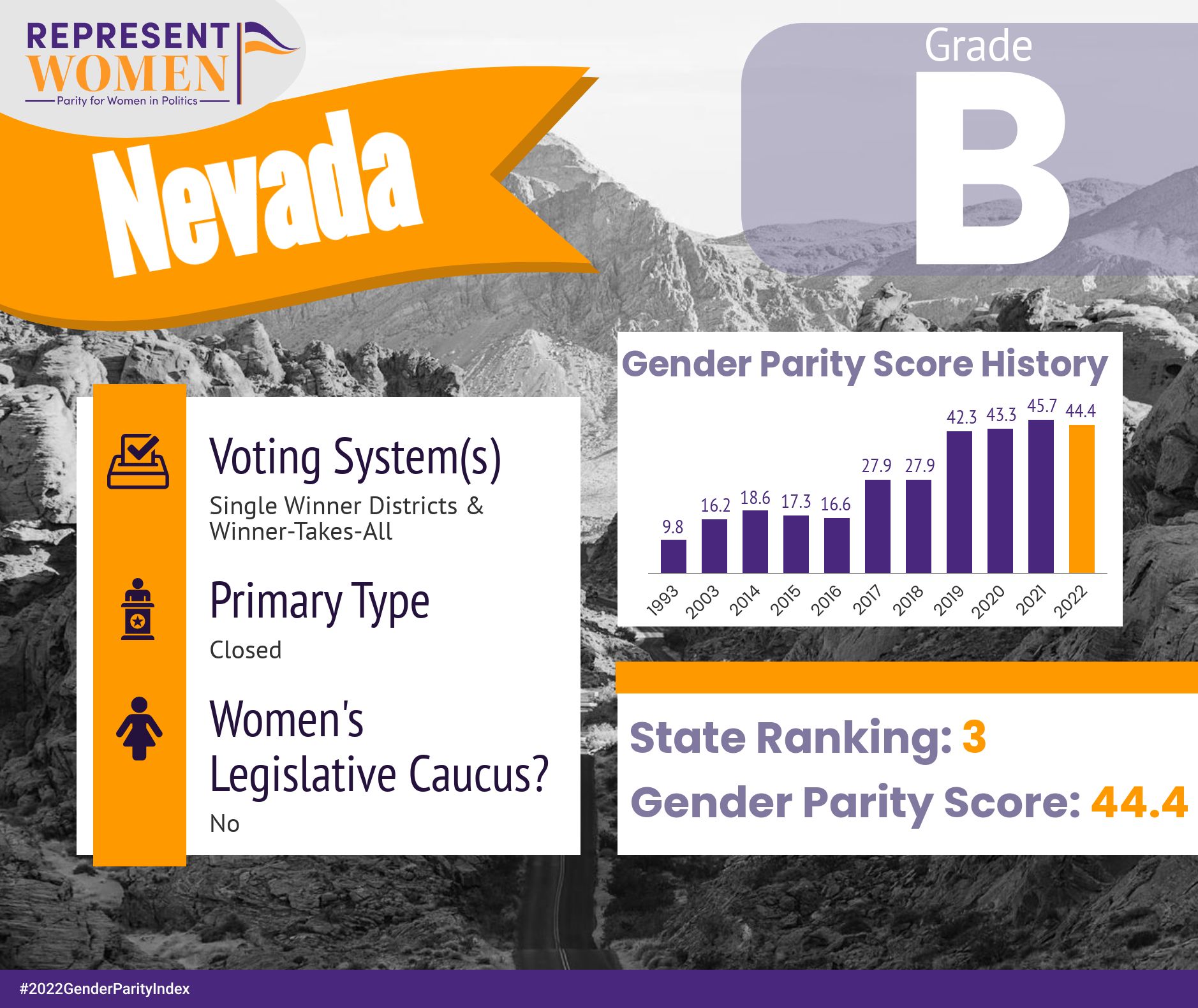 In November, Nevada voters will have the opportunity to vote on implementing ranked-choice voting across the state as their new electoral system. While the proposed change will be similar to Alaska's use of RCV, Nevada's will be slightly different:

Meanwhile, in Nevada, a ballot initiative is proposing a top-five ranked-choice voting system for the state. This system is similar to Alaska’s top-four system, but would allow five candidates to advance from the primary to the general election.

This is a new variety of the traditional RCV system, so we do not yet know how it will impact women's representation. This is definitely a key state to keep your eye on come November. 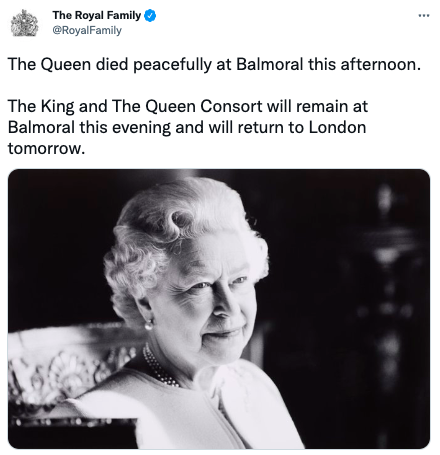 After ruling for 70 years, the longest any monarch has ever served in British history, Queen Elizabeth II has passed away. Being the head of state for 32 countries, her loss will undoubtedly be felt. This moment is a reminder that rules and systems matter for increasing women's representation. In the wise words of Savanna Richie:

Think of the United Kingdom, whose royal family is probably best known in this country. Its queens are among the most long-lived and most memorable of its monarchs. There was Elizabeth I, who inherited a poor, divided country, and over a 45-year reign steered it to prosperity and a cultural golden age. It is thanks to her patronage that we have Shakespeare. Later came Queen Victoria, who, on account of her long reign and strong personality, lent her name to an era. And Elizabeth II, now the UK’s longest-reigning monarch, has been a stable presence guiding her country through a tumultuous 20th century and into the 21st...

Thank you all for reading this week. Through the ups and downs, we always appreciate you taking the time to stay up to date on the latest in women's representation. Have a restful weekend!

P.S. The fourth Women Business Collaborative (WBC) Action for Impact Annual Summit will take place virtually on September 21st and 22nd. Join us for a day and a half of high-level panels and speakers discussing how best to create equal position, pay, and power for all businesswomen.

At the Summit, the WBC will present awards to 10 CEOs leading the charge to advance gender equity & diversity and 6 Trailblazers whose leadership and innovation have created new pathways to change for their communities and beyond.

In addition, the Action for Impact Summit will feature over 50 speakers, panelists, and special interviews discussing topics that range from women in technology, to pay parity, to men's allyship. Through sets of interactive panels and breakout sessions, the Summit is the perfect networking and learning opportunity with chances to hear from exclusive speakers. Don't miss this once-in-a-lifetime event! Use our special code WBC_GUEST to waive the $295 admission fee, and get free access to this amazing event! 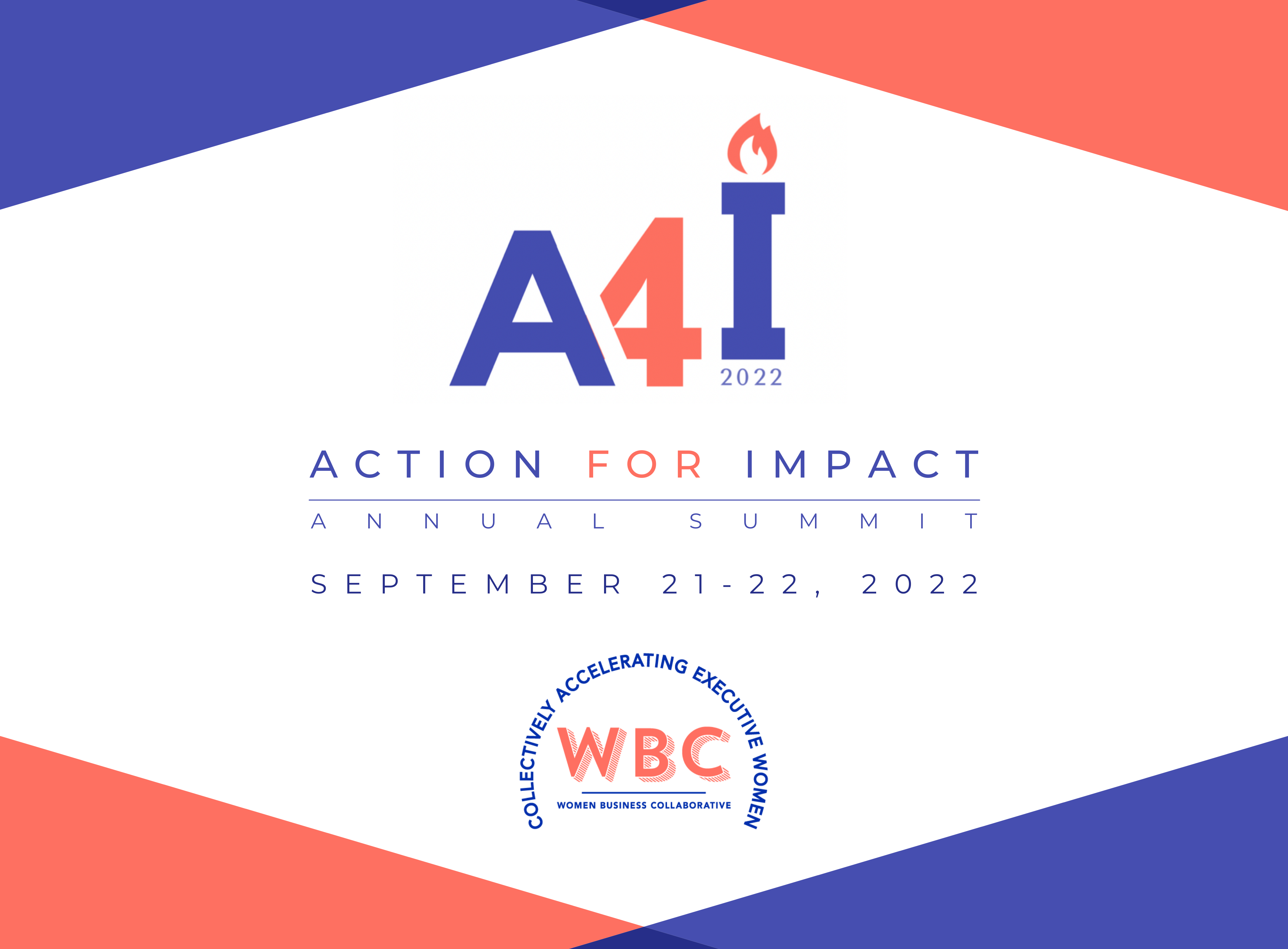