There was a piece by Lindsay Miller in Pop Sugar about Deb Haaland who could become the first native American woman to serve in Congress:

Deb Haaland stands to make history. If the New Mexico Democrat's campaign is successful, the single mom could become the only Native American woman to ever serve in the United States Congress.

A citizen of the Laguna Pueblo nation, Haaland grew up the daughter of military parents. She went on to put herself through college and law school at the University of Mexico, often scraping by on food stamps and student loans to get by. In 2008, she worked the phones as a full-time volunteer for Barack Obama's 2008 campaign. Four years later, she was back on team Obama for his reelection campaign — this time as the Native American vote director. That experience encouraged Haaland, now 57, to step into the political foreground and run for Lieutenant Governor in 2014.

"I had traveled across the state many times working in Indian communities to get out the votes [for Obama]," Haaland told POPSUGAR. "And I just felt like I had a vast network of people across the state." While she didn't win the seat, Haaland wasn't deterred. Like so many women across the country — including a historic number of Native American women — she was inspired to throw her hat into the ring and run in the 2018 election. While the New Mexico field of candidates is crowded, Haaland has good reason to be hopeful about her chances at a June 5 primary win; earlier this month at the state Democratic convention, she won 35 percent of the vote, more than any of the other five candidates in the running.

We spoke with Haaland, who counts economic equality, reproductive rights, and combating climate change among her key issues. Shortly after her convention victory, she reflected on her trailblazing run, the connection she sees between the Native American and American immigrant communities, and why she thinks it's time to elect more politicians who know what it's like to struggle. ​
Eric Garcetti - mayor of Los Angeles - says that men should make gender equity a "top issue" according to this story on CNN:

"Men, own this as your issue," Garcetti said. "Let's not talk about doing it because we have daughters and sisters and mothers. Do it because we know our cities will be more prosperous when we, as leaders, step up."

He centered his keynote speech on female empowerment during the 86th US Conference of Mayors at a time when much of the country is focused on the #MeToo movement against sexual harassment.

The Democrat is often mentioned as a potential 2020 presidential candidate. If he runs, he could be competing against high-profile female potential candidates including US Sens. Kirstin Gillibrand of New York, Kamala Harris of California and Amy Klobuchar of Minnesota.

While he acknowledged Los Angeles is dealing with many pressing issues such as homelessness, immigration and wildfires, he said gender equity would take precedence.

He emphasized his support of -- and participation in -- the second annual Women's March Inc. in downtown Los Angeles last Saturday, the measures the city has taken to advance gender equity and the importance of men taking an active role in addressing the issue. The sweet aroma of the ubiquitous chocolate chip cookie is familiar to so many of us but this tribute to the woman who created them 'by accident' was a lovely news to me:

Since 1851, obituaries in The New York Times have been dominated by white men. With Overlooked, we’re adding the stories of remarkable women.

Around the time Ruth Wakefield began making a chocolate chip cookie in the 1930s, naming newly invented treats after something or someone was in vogue.

Case in point: the Baby Ruth chocolate-covered nutty nougat bar, purportedly named for Grover Cleveland’s daughter. Wakefield’s confection was known originally as the Toll House Chocolate Crunch Cookie, after the Toll House Inn, a popular restaurant that she ran with her husband in eastern Massachusetts.

Legend had it that she was brainstorming about cookie dough while returning from a vacation in Egypt when she first came up with the recipe, a variation on another popular treat called Butter Drop Do pecan icebox cookies.

“We had been serving a thin butterscotch nut cookie with ice cream,” Wakefield recalled in a 1970s interview. “Everybody seemed to love it, but I was trying to give them something different.”

Her original plan was said to have involved melting squares of Baker’s chocolate (unsweetened, with no milk or flavoring) and adding it to the blond batter. But, supposedly, the only chocolate she had available was a Nestlé semisweet bar, and she was too rushed to melt it.

Wielding an ice pick, she chopped the bar into pea-size bits and dribbled them into the brown sugar dough with nuts. (Susan Brides, a pastry chef, assisted.) Instead of melting into the dough to produce an all-chocolate cookie, the bits remained chunky as they baked. 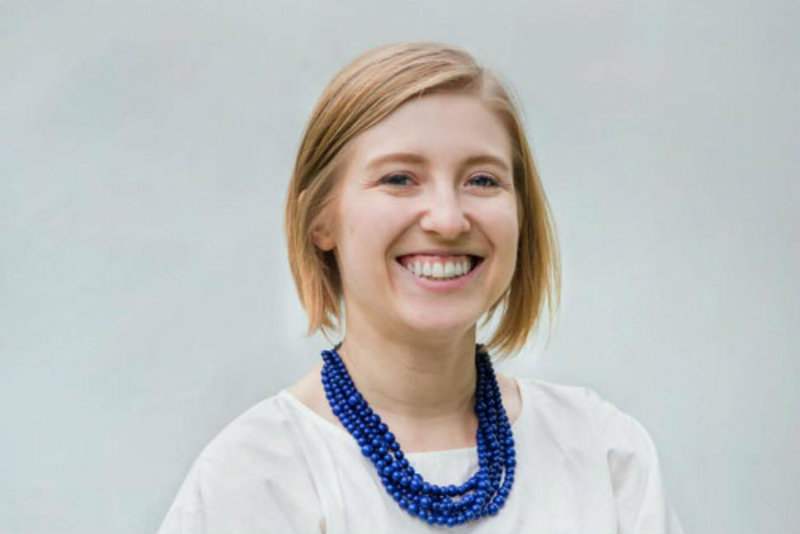 USNews ran a very interesting piece about the challenges republican women still face as candidates citing data that suggests that only a fraction of the women running in 2018 are republican women.

Political commentators are calling 2018 the "year of the woman" based on the record-breaking number of women running for Congress this year. According to estimates from the Center for American Women and Politics, 575 women have declared their intention to run for either U.S. Congress or a gubernatorial seat in 2018. There are nearly 60 percent more female candidates in 2018 than there were in 2016.

For Republican female candidates, however, their year of the woman has not yet arrived. CAWP data estimates that Democrats make up nearly 80 percent of current female congressional candidates, and nearly two-thirds of female state legislature candidates. A variety of factors, furthermore, suggest those numbers won't even out anytime soon.

"I think it's really a shame that there aren't more Republican women running," said Lindsay Brown, a Republican congressional candidate in New Jersey's 7th District, "especially because right now, the example that most people see in the media of Republican women is still that lasting, burning image of Sarah Palin and Michelle Bachmann, which is really toxic to the stereotype of what a Republican woman actually is."

In 2016, 41 percent of all women and 52 percent of white women voted for President Donald Trump in 2016. Since then, women -- primarily Democratic ones -- have been speaking out against the president in record numbers. A June 2017 study conducted by Politico, American University and Loyola Marymount University found that 40 percent of Democratic women have become more active in politics after the election, compared to only 8 percent of Republican women, which experts say is a big reason for the gap among female candidates.

The number of women in the Senate soared this week to an all-time high of 23 according to this story in TIME magazine regarding Mississippi Governor Phil Bryant's plan to appoint Cindy Hyde-Smith to the vacancy left by Thad Cochran's early retirement. While Governor Bryant may not have acted entirely because I suggested he do so his actions are a reminder that intentional actions like this are the surest way to put women in office. This week I called on Senator Sanders & Senator Leahy - senators from the last state, Vermont, not to have sent a woman to Congress - to commit to recruit women to run for those seats when they retire - no word back from them - yet!

Republican State Governor Phil Bryant will reportedly appoint Republican Cindy Hyde-Smith, the state’s current Agriculture and Commerce Commissioner, to replace Republican Sen. Thad Cochran in the U.S. Senate. Cochran announced earlier this month that he would resign on April 1 due to health problems.

Her appointment would bring the number of women currently serving in the U.S. Senate to 23, a record high.

Hyde-Smith would be the first woman from Mississippi to serve in either chamber of Congress. Her appointment leaves Vermont as the only other state to not have any female representatives in either the U.S. House of Representatives or U.S. Senate.


Republican women's representation in the House of Representatives is declining and is likely to decline further after the general election this fall - we created this Infogram chart to illustrate the trends over the 100 years that women have served in Congress: 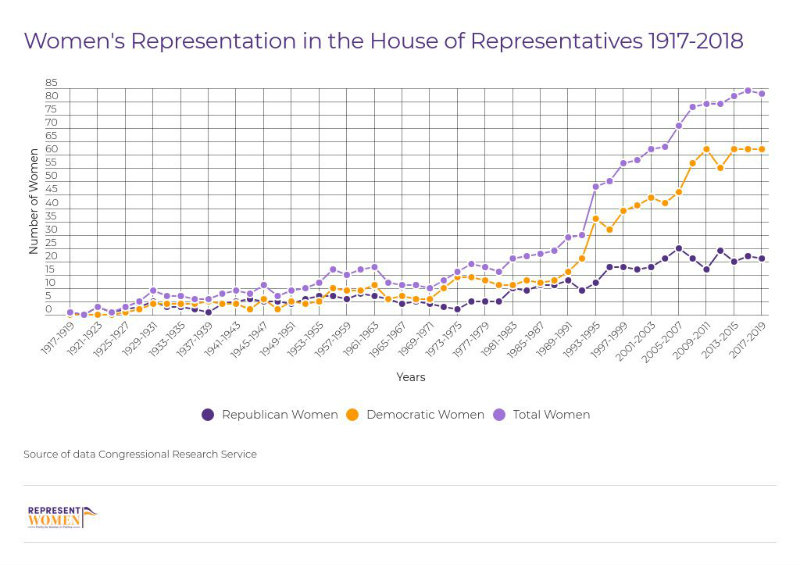