(Lori Lightfoot and Toni Preckwinkle candidates for mayor of Chicago will advance to a runoff election)
Dear friends,
I am traveling today so this will be an unusually brief missive - I know I have said that before but this will really be brief!
Chicago voters selected two African American women Lori Lightfoot and Toni Preckwinkle to advance to the runoff election according to this story in the Washington Post:

After a historically crowded campaign saw 14 candidates vying to become this city’s next mayor, two of them — former federal prosecutor Lori Lightfoot and Cook County Board President Toni Preckwinkle, both black women — appeared poised to emerge from the scrum and face each other in an April runoff election.

This matchup, which took shape late Tuesday as election results rolled in and contender after contender conceded defeat, did not seem likely when the campaign got underway. Lightfoot had been a relative unknown in the race, but with more than 95 percent of precincts reporting, she had gained more votes than any other candidate.

She seemed likely to face Preckwinkle, who had the second-highest vote total late Tuesday. Bill Daley, former chief of staff to President Barack Obama and the brother and son of former mayors, was in third place and conceded. Willie Wilson, another contender, had not conceded as of late Tuesday, his staff reported, but he trailed Lightfoot and Preckwinkle by several percentage points and tens of thousands of votes. (Cover of Rolling Stone magazine featuring an in-depth interview with Speak Pelosi - read the full text here)
VIEW PAC had their kickoff event on Wednesday night - you can learn more here about the great work of Julie Conway to elect more GOP women to Congress - still waiting on photos from the event!
The Women's Congressional Policy Institute also had an event in Washington, DC on Wednesday night which I attended along with a terrific bipartisan group of women's representation fans! Congratulations to Cindy Hall and her great team for a marvelous evening.

I have been thinking a lot about how to acknowledge 'Women's History Month' without putting too much focus on the past. I wonder if you might join me in a push to use the hashtag #WomenLeadersMonth to celebrate the work of living women? It seems more important than ever to be elevating women who are our mothers, sisters, colleagues, and friends - telling their stories to amplify our collective work for equality.
Excited to continue our work together!
Warmly,
Cynthia
P.S. I couldn't resist an icon from the past.... 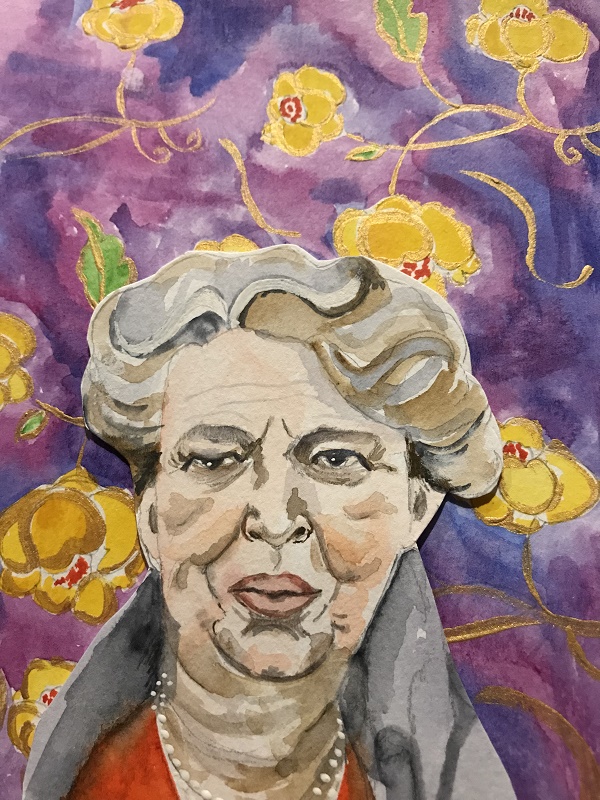