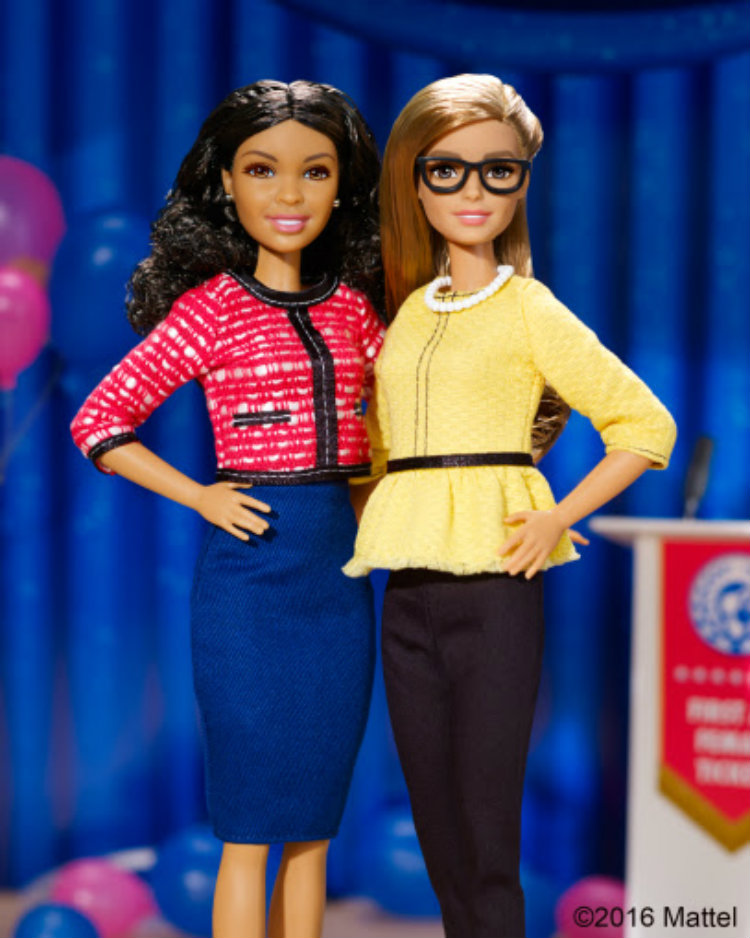 One of the most (if not only?) upbeat stories of the week was the release of the new President and Vice President Barbie set. She Should Run teamed up with Barbie to send a clear message about women as leaders as Erin Loos Cutraro explains in a great piece in Fortune Why All the Women in Congress Are Getting Barbie Dolls Today.

Theresa May succeeded David Cameron this week to become Prime Minister of the UK - becoming the second woman to serve in this role. While not quite as flashy as the newly released Barbies, May is a self-declared feminist who as a girl dreamt of being the first woman prime minister. Read more about her background in this piece on BBC News.

The number of current women heads of state hovers in the low 20s but there is a country that has had almost that many - anyone care to guess which one?

Wikipedia does an admirable job sorting out the different categories of women's worldwide leadership - complete with a map - on this page.

The newish mayor of London, Sadiq Khan (elected via ranked choice voting), published the first ever gender pay audit of City Hall which you can read about here.

100 Black women leaders took a seat in the Edward Kennedy Institute's replica of the US Senate - read more in this piece.

Black women currently make up 7.4 percent of the US population but only 3.4 percent of Congress and 0 percent of the Senate. In fact, only one black woman has ever served as a US Senator: Democrat Carol Moseley-Braun represented Illinois from 1992 through 1999.

The US Senate approved the nomination of Carla Hayden to serve as the nation's 14th Librarian of Congress - she is the first woman and the first African American to hold this position.

FairVote's chair Krist Novoselic wrote a terrific piece in Playboy Magazine that explains fair representation voting - the system that would translate votes into seats accurately so that republicans and democrats are fairly represented. This same system will open the door for many more women candidates and candidates of color.

Hats off to the terrific team at Close the Gap CA for their strategic work to elect women to state level government - read about their latest accomplishments here.

As eyes and ears turn to Cleveland for the GOP convention I am reminded of the pivotal role that republican women played in the push for suffrage and equality. Smithsonian.com revisits some of that great history in this piece on the role of women at the 1924 GOP convention in Cleveland.

P.S. Despite the terrific work of democratic and republican women alike the US remains dismally unrepresentative as our friends at the Reflective Democracy Campaign remind us: 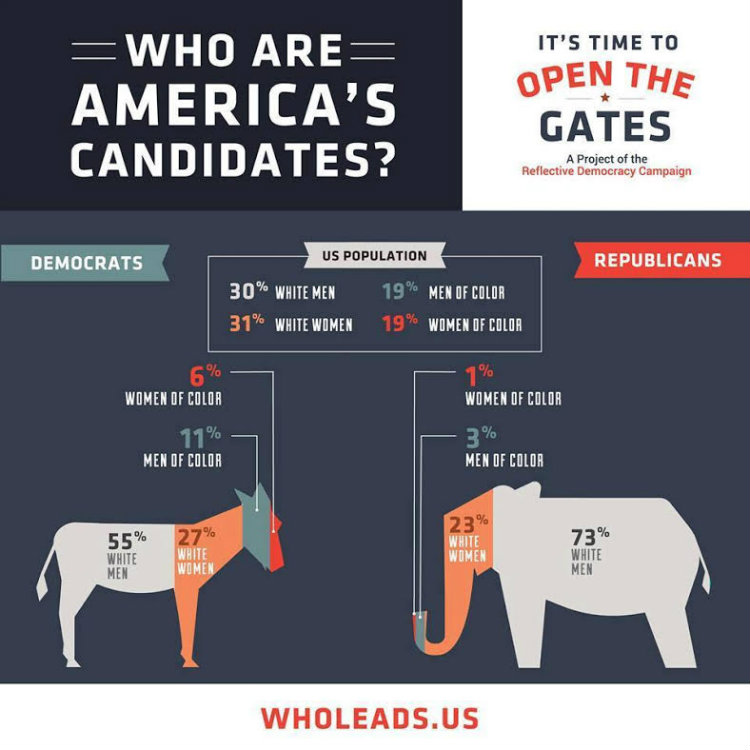