Ms. Pelosi, surrounded by her grandchildren and the children of other members of Congress, on her first day as speaker in 2007. CreditStephen Crowley/The New York Times Read the full story

Dear women's representation allies,
My daughter and I spent most of the day on the Hill yesterday racing between the offices of new and returning members of Congress, dodging hoards of well-wishers, and find many familiar faces among the crowds - it was an amazing experience. The Washington Post captures the spirit of the day in this piece:

To the left of the dais — the Democratic side — the typical sea of men’s suit jackets was balanced by pops of green, blue and white worn by women. Bald heads alternated with bobbed haircuts. Scanning the rows, the record number of women and lawmakers of Hispanic, Asian and African American heritage who will serve this term was clear.

To the right of the dais — the Republican side — older white men occupied nearly every seat. Visually, granddaughters provided most of the contrast.

Freshman Rep. Madeleine Dean (D-Pa.) compared the scene to “an old movie.” A former state legislator, she enters Congress as one of four women representing Pennsylvania. Last term, there were none.

“It means a lot,” Dean said of the new women in the House. “I’m optimistic because I believe that what that kind of diversity will bring is problem-solving.” Sabrina Hersi Issa, CEO of Be Bold Media, wrote an excellent piece for NBC news on the imperative to challenge the structures that perpetuate the exclusion of women:
Even in the Year of Women, there are no shortage of men trying to seize back control of the power that they never ceded in the first place.

Ultimately we must face the reality that the systems which oppress women and limit our access to power are not actually broken, but are working exactly as intended — and that it is our collective responsibility to build the world we deserve, not just women's.

We cannot celebrate another "Year of the Woman" and then wait 25 more years to make significant progress. We cannot wait for another wave of brave women to buck systems that attempt to silence us, only to fail yet again, to prevail. Power concedes nothing without demand. We need to demand more, and keep demanding this year and beyond. Rep.-elect Jahana Hayes, D-CT., left, and Rep.-elect Ilhan Omar, D-Minn., right, walk together after taking a group photo with other members of the freshman class of Congress on Capitol Hill in Washington, Wednesday, Nov. 14, 2018. (AP Photo/Pablo Martinez Monsivais) (Pablo Martinez Monsivais / AP)
There were a number of articles this week on the record numbers of women being sworn in to state legislatures including:
But there were also stories like this one about states that are not electing as many women as other states:

In Missouri, where Republicans enjoyed and retained veto-proof majorities for both chambers, Democrats only picked up one seat in the Senate in 2018.

Last year, women made up 23 percent of the Missouri General Assembly. This year, they will make up about 25 percent. And finally, Janet Mills was sworn in as Maine's first woman governor this week after winning a crowded ranked choice voting primary and defeating a republican and an independent candidate in the general election. According to this story in The Portland Press Herald:

Mills is the first woman to occupy the governor’s office in a state with a long history of electing women to every other top post. In her speech, Mills paid tribute to other Maine women who broke free of conventional roles, from fly-fishing icon Cornelia “Fly Rod” Crosby to the late U.S. Sen. Margaret Chase Smith.

Mills said she has received many letters since winning the election in November, but one from an 8-year-old girl named Lucy resonated with her.

“‘Now I feel like I could become governor someday,'” Mills said Lucy wrote to her.

I am so grateful to be working with you to make sure every girl - and boy - has the opportunity to engage with democracy as an active participant in every way possible,
Cynthia
P.S. As we walked back to the Metro station yesterday Anna and I stopped in at the Belmont Paul Women's Equality Monument which served as the home of the National Women's Party and the home base of the work for women's suffrage and equality. We found the doors locked because of the government shutdown but these beautiful roses were blooming in the front garden. Yesterday was the birthday of Quaker abolitionist and feminist Lucretia Mott - I suspect the newly elected women members of Congress are focused on the work ahead but I am often reminded of those, like Lucretia, who have come before us and I wonder what what our daughters and their daughters will think looking back at us? 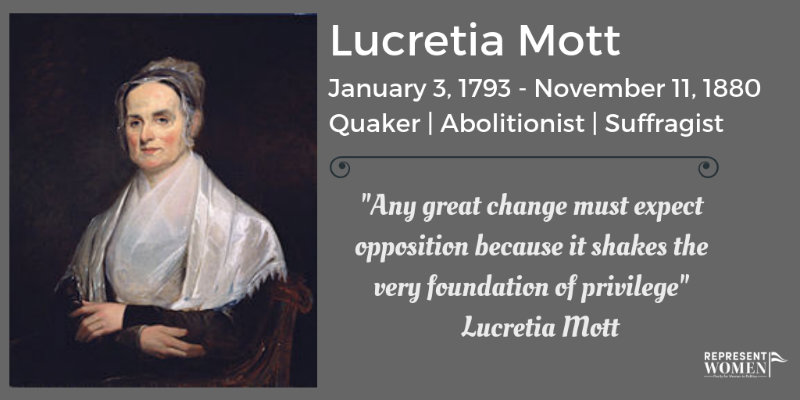