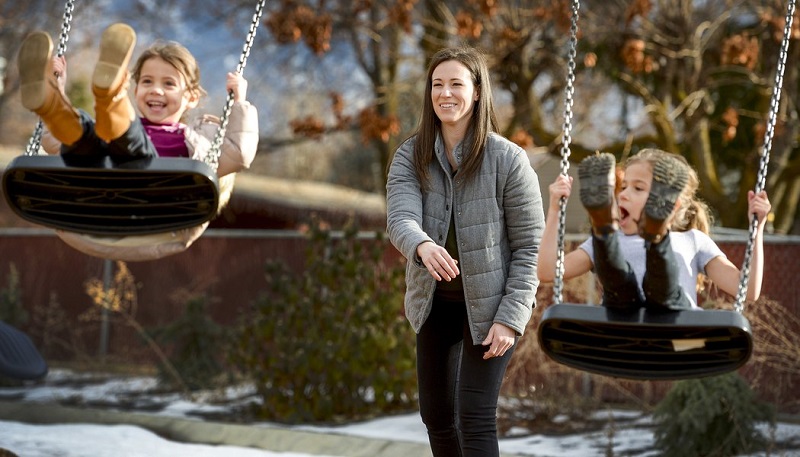 (Leah Hogsten | Tribune file photo) Stephanie Pitcher plays with her daughters Penelope, 4, and Charlotte, 6, at a park near their home in Salt Lake City. Pitcher, a Democrat, won her seat in House District 40, is a prosecutor for Davis County and also works with the Utah Women's Coalition. Sheand Utah Rep. Craig Hall, R-West Valley City, are sponsoring a proposal that would enable candidates to use campaign funds to cover child-care expenses.
Dear friends,
There was a great piece in The Salt Lake City Tribune that reports on exactly the type of rule change that enables women to run & serve more effectively - RepresentWomen is working to broadcast examples of rules changes like this widely:

“Allowing parents to use campaign funds for child care, we will see a more diverse field of candidates,” said Payne, mother of four young children.

This legislative session, Utah Reps. Craig Hall and Stephanie Pitcher introduced nearly identical proposals to clarify that child care is an allowable campaign expense, and they told a House committee that they’re jointly pushing forward with the version sponsored by Hall. The measure, HB129, sailed through the House Government Operations Committee with unanimous support Tuesday, setting it up for a vote on the chamber floor.

“There are so many wonderful individuals in this state, so many great leaders, and they shouldn’t be discouraged from running for office simply because they have child-care responsibilities,” Hall, R-West Valley City, said. 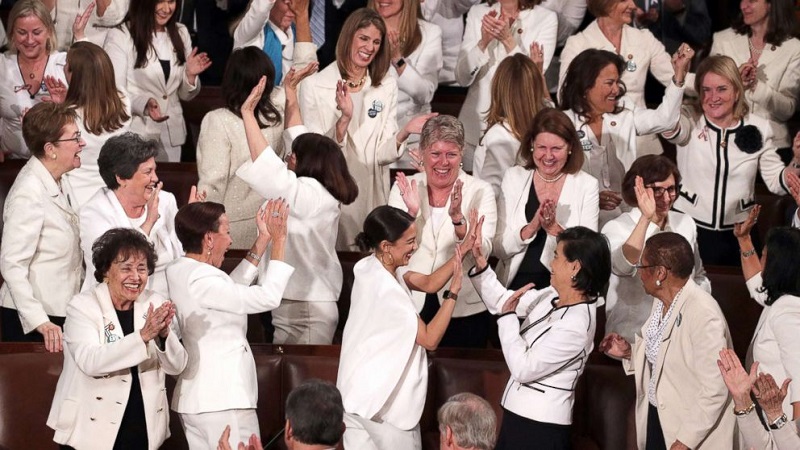 (Alex Wong/Getty Images)  Female lawmakers cheer during President Donald Trump's State of the Union address in the chamber of the U.S. House of Representatives on Feb. 5, 2019, in Washington.See the full story here.
There was an interesting story on ABC News featuring Donna Brazile (former DNC chair) and Dana Perino (a republican strategist) talking about the need to focus on parity over party:

"It took us 100 years to get 100 women,” said Brazile of the 127 women currently serving in Congress, noting that the 100th anniversary of the 19th Amendment, which granted women the right to vote in 1920, is only months away. “Are we going to wait another 100 years? I don’t know about you but I don’t have that much time,” said the former interim chair of the Democratic National Committee.

“We need Republicans. As a Democrat, I preach that,” Brazile said. Why? Among other reasons, women in office increase the chances of compromise, Brazile and Perino said.

“The Republican party, this is no secret, has a problem,” Perino said, referencing the results of the 2018 midterm election when a record margin of women voted for Democrats over Republicans. 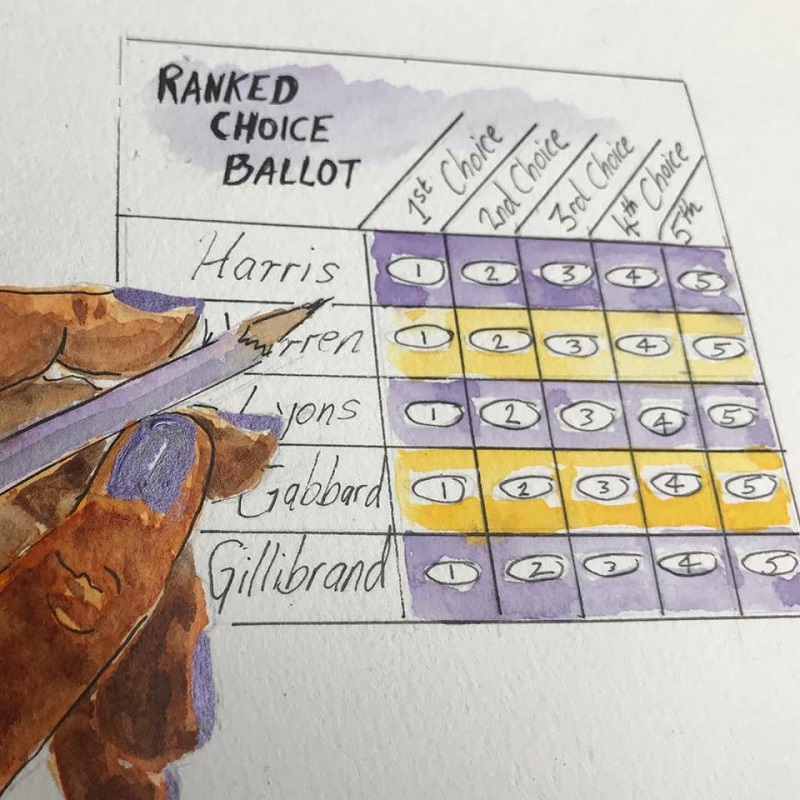 David Remnick, editor of The New Yorker had a nice roundup of the women candidates who have declared their intention to run for the democratic presidential nomination:

A New Wave of Female Candidates


We’re twenty-two months away from Election Day, but the 2020 Presidential race has already begun—and it features a fascinating group of female candidates. This week, we’re bringing you pieces about some of these women, one of whom may be sitting in the Oval Office in two years’ time. Jeffrey Toobin profiles Elizabeth Warren, in “The Professor,” and, in “The Warren Brief,” Jill Lepore explores her views about corruption and inequality. Benjamin Wallace-Wells explains how Kamala Harris transformed from a prosecutor into a politician, and Evan Osnos chronicles the rise of Kirsten Gillibrand, who is “known for a near-evangelical confidence in the prospect of bipartisanship, in the restoration of the Senate, and in herself.” Kelefa Sanneh meets Tulsi Gabbard, the young, unorthodox representative from Hawaii who, if she won, would be our first Hindu President. And, finally, in a piece from 1928, Russel Crouse tells the story of Victoria Woodhull, who became the first woman to run for President, in 1872, as the nominee of the Equal Rights Party. Last year’s midterm elections saw an unprecedented number of women win seats in Congress. Contemplating the strengths of the women who have announced their candidacy for President so far, it’s easy to see how the 2020 election could be similarly historic. 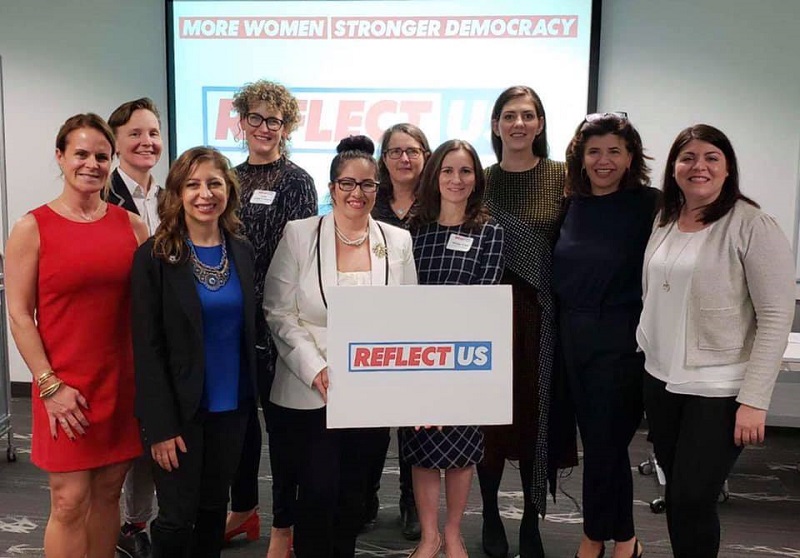 I listened to their podcasts all the way to Dallas and back and they are terrific - I encourage you to subscribe! 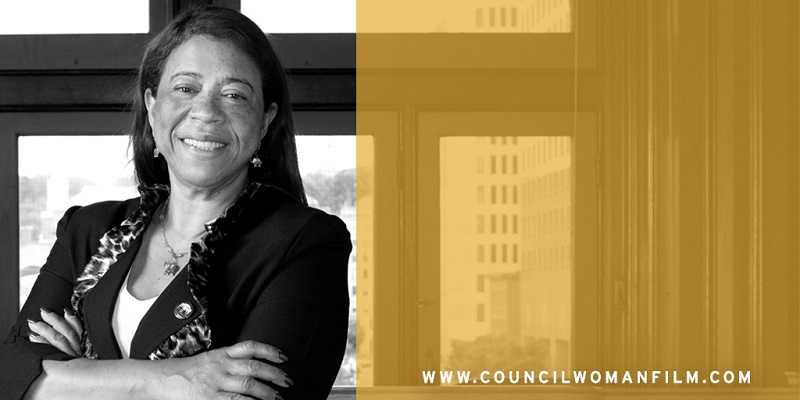 The terrific film Councilwoman will have its World Premiere in Missoula, MT at the Big Sky Documentary Film Festival & film is a great way to celebrate Women's History Month in March - sign up here to request a screening and learn more!

Bring a powerful and inspiring story to your community


Councilwoman is an intimate and inspiring documentary film that follows Carmen Castillo, a hotel housekeeper--Latina, immigrant worker, and mom--who ran and won a seat on city council in Providence, Rhode Island, taking her advocacy for low-income workers from the margins to city hall.


You can now join the film’s national screening tour by bringing it to your community, organization, local nonprofit, national conference, school, or event where it can be used to strengthen our democracy and inspire new leaders.


We’re thrilled to be allied with the film because we believe it’s a powerful tool for social change!

Go here to request a screening and learn more. You can also use code REPRESENTATIONMATTERS for 10% the licensing fee through February 28th.

If you are in Minneapolis be sure to attend this great event sponsored by FairVote Minnesota featuring Erin Vilardi from VoteRunLead who will be talking about how to elect more women to office with systems reforms like ranked choice voting!
This month is Black History Month as you well know - I asked RepresentWomen's artist in residence (aka my college roommate and dear friend) to paint some Black women who lead - here are some of her illustrations: