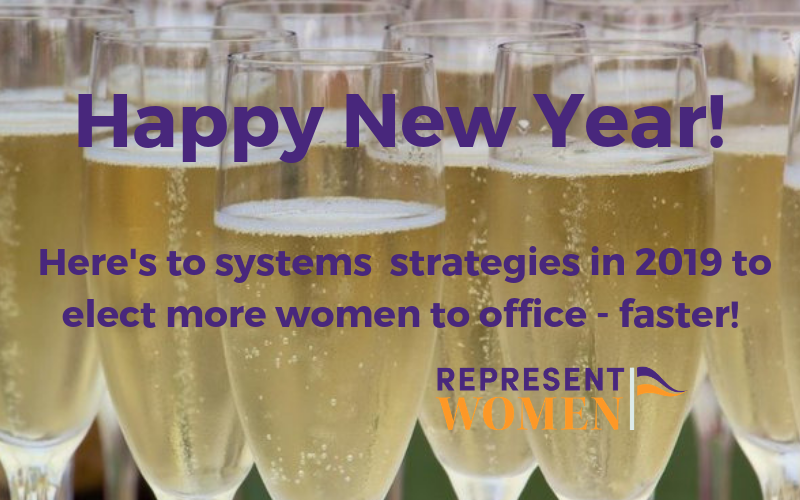 RepresentWomen's new report on international women's representation examines the recruitment rules and voting systems that are electing more women to office in the 76 nations that rank above the United States in women's representation. Our research confirms that intentional actions that reform institutions & systems are driving women's electoral success around the world. RepresentWomen will continue to work for systems strategies that include: recruitment targets for political parties, donation targets for PACs & donors, ranked choice voting systems, modernized legislative norms, and updated leadership selection norms in order to make enduring progress toward gender parity in 2019 and beyond. Del. Eileen Filler-Corn (D-Fairfax County) stands in her office Dec. 18 in Richmond. She was chosen by Democrats this month to be minority leader for the Virginia House of Delegates, the first time a woman has held the position. (Julia Rendleman/For The Washington Post)
The Washington Post reported today that a woman will hold the position of minority leader of the Virginia House of Delegates for the first time in its 400-year history:
From her old office, Del. Eileen Filler-Corn could lean against the window and look hard left along the General Assembly building for a glimpse of Virginia’s white-columned State Capitol.

But Filler-Corn (D-Fairfax County) is on the move, and her new digs look straight out at Mr. Jefferson’s temple on the hill. It’s a historic step for Filler-Corn, taking over the office suite of the minority leader of the Virginia House of Delegates — the first time in 400 years that a woman has held such a position.

“I’ll tell you, there has been an outpouring of excitement and energy around that,” Filler-Corn said in an interview. “Everyone is just kind of surprised to think that it’s taken so long.” Andrea Stewart-Cousins was formally chosen last month by her Democratic colleagues to become the New York Senate majority leader.CreditCreditNathaniel Brooks for The New York Times
Another interesting story in The New York Times reports on new women's leadership in the NY state assembly in 2019:
The private meeting last year between Gov. Andrew M. Cuomo and the Democrats in the New York State Senate was going as many did: Mr. Cuomo was pontificating and the Democrats were listening, neither side particularly pleased.

The Democrats were asking for the governor’s help in winning elections and breaking up a group of eight Senate colleagues who had crossed party lines to help keep Republicans in control of the chamber. But Mr. Cuomo suggested that the Senate Democrats’ problem was that they only understood New York City voters.

“You look at me, Mr. Governor, but you don’t see me,” she said. “You see my black skin and a woman, but you don’t realize I am a suburban legislator.”

When lawmakers return to Albany in January, formally allowing Democrats to take control of the Senate for the first time in a decade, Ms. Stewart-Cousins will become the first woman, and the first African-American woman, to lead a New York legislative chamber. 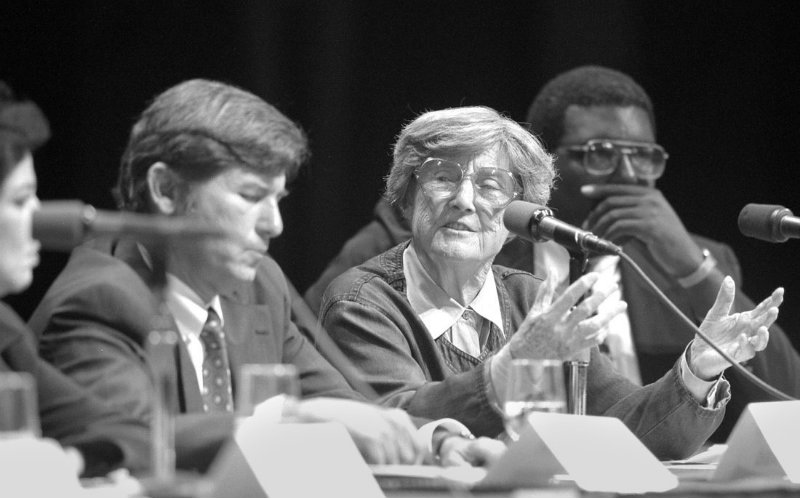 Asked in a video interview in 2013 how she became interested in gender issues, she replied, “We lived it.”

While teaching at Stanford, she noticed that scientific literature either portrayed women negatively or excluded them altogether. One study, for example, said female prisoners were more likely than men to sell out a fellow inmate in exchange for their own freedom. Yet even though almost 30 other studies disputed that finding, Dr. Maccoby found that none had been published, because a conclusion of “no difference” was not considered valuable....

This self-segregation is inevitable, Dr. Maccoby wrote in “The Two Sexes.” The stereotypical behavior of boys in groups (roughhousing) is very different from that of girls (talking), she maintained, and it influences how the two sexes interact into adulthood.

“I certainly switched over from the idea that gender didn’t matter to the notion that it matters a hell of a lot,” she said in the 2009 Feminist Voices interview....

While teaching and raising the couple’s three adopted children, she went on to be the author or co-author of 11 books, including a memoir, which she wrote at 99, and scores of monographs and essays. She was chairwoman of the psychology department from 1973 to 1976, the first woman to lead it. She was also “the first woman to teach in slacks rather than in a dress or a skirt,” she said.

Because Stanford had so few women in tenured positions, she said in the oral history, they “overutilized” her, appointing her to numerous universitywide committees. These included one to adjudicate cases of faculty members who had been accused of sexual harassment...

Asked for the secret to his mother’s long life, Mark Maccoby said in a telephone interview that longevity ran in the family, along with a sense of humor. He recalled that she used to like to say, “If I had known I was going to live so long, I would have taken better care of myself!” So let that be a reminder to all of us to take care of ourselves, eat plenty of chocolate from Italy, & live our best lives!

I am excited for the work ahead in 2019 to advance women's representation & leadership alongside all of you!

P.S. Many thoughtful gifts were exchanged this week in my house but this one struck a real chord! 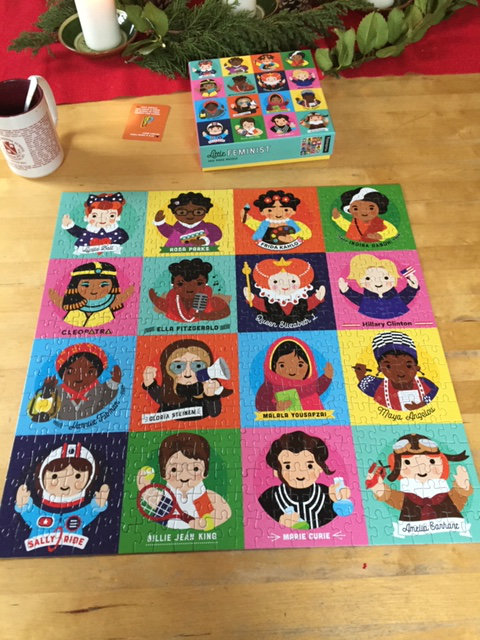