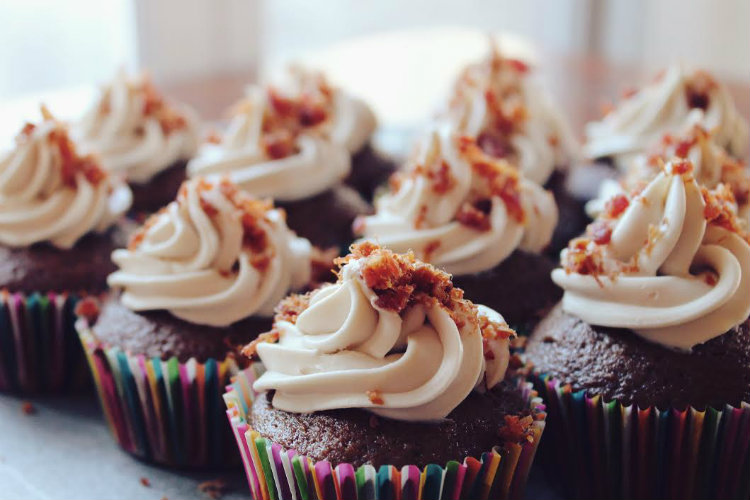 I hope that you will check out the GenderAvenger website, watch their clever video, become a subscriber, learn what news commentary shows have the best gender balance, and get the GA Tally App!

The Avenger of the Week is Madeline Price who "created a wage gap themed bake sale where women only had to pay 83 cents for a cupcake, while men forked over one dollar per treat."

I attended an interesting presentation at New America on a new study published by McKinsey Global Institute on The Power of Parity: Advancing Women's Equality in the United States. There was a great panel and a keynote on the same topic by Rosie Rios, Treasurer of United States who calls herself an "accidental feminist." Watch the full program here.

Iris Bohnet writes about gender bias in the workplace in her new book What Works: Gender Equality By Design Bohnet explores how companies can make subtle structural changes to reduce gender bias. Here are links to order the book and watch and short video.

Elizabeth Banks helped to launch WhoHaHa this week - their mission is to "scour the internet" to find the funniest women - watch the intro video here.

A big shout out to VoteRunLead for including a great page on voting systems on their website! My hope it that other organizations will begin to incorporate language about the need for systems changes in their material as well. Thanks Erin Vilardi and Marie Wilson!

If you are in Washington, DC please join us on April 21st from 5-7 for a FairVote & Representation2020 open house in our new offices. FairVote chair Krist Novoselic will be on hand and might even play a little music! You can RSVP here!

And if you are in Boston, the Scholars Strategy Network is hosting what looks to be a great event on April 26th from 10-noon, titled When Women Win - RSVP here.

Have a great weekend,

P.S. Gender Equality has come to pro-wrestling, evidently - both male and female performers are now called superstars, according to this blog by Liz Dwyer.