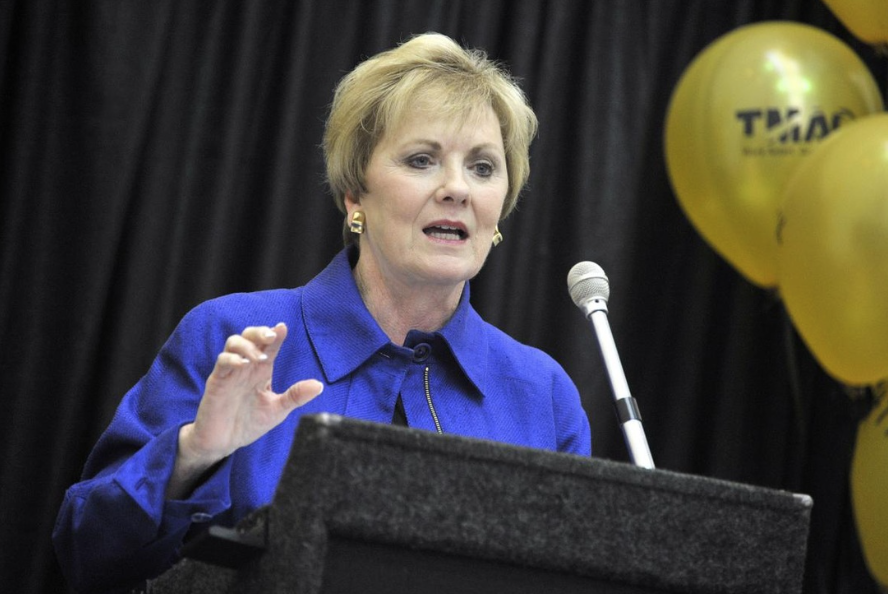 On the national level, some Republican leaders have recognized the problem. Consider the Growth and Opportunity Project , a Republican National Committee-endorsed study that explored Republican defeats in the 2012 election. The report recognized “the Party’s negative image among women” and called on Republicans to be more inclusive and welcoming. Notably, the analysis urged the RNC to “understand that women need to be asked to run.” It implored the party to provide training programs for female candidates in light of the “unique challenges” they face when running for office.

This June, the Texas Republican Party nominated only one woman, Representative Kay Granger, among 50 candidates for top statewide, congressional, and judicial. Although the Lone Star State is composed of 50.3% women, only 1 individual, 2% of leading Republican candidates, is female.

While Texas Democrats also failed to nominate equal numbers of women and men, two most prominent candidates on the Democratic ticket – the nominees for Governor and Lieutenant Governor- are female (Wendy Davis and Leticia Van de Putte). In all, 7 of the 41 candidates Texas Democrats nominated to statewide, congressional, and judicial positions are female (17%).

This party disparity is not unique to Texas. Today, four-fifths of female U.S. Senators and three-quarters of female U.S. Representatives are Democrats. In 2012, Democrats nominated 118 women as candidates for the House of Representatives, while Republicans nominated just 48. This gender gap in nominations has grown more severe over time; in 1998, 62% of female Congressional candidates were Democrats. Today, the figure is 71%.

While this is clearly a national trend, Texas’ party disparity is particularly concerning. In the State Senate, only 15.7% of Republican legislators are female (3 of 19), while women compose 36% of the chamber’s Democratic caucus (4 of 11). Women’s share of representation among Democratic Senators is more than double women’s representation among Republican Senators. Similarly, there are 55 Democrats in the Texas House of Representatives, of whom 17 (or 31%) are female. Of the 95 Republicans in the Texas’s lower chamber, only 15 (or 16%) are women. Again, representation of women in the chamber’s Democratic caucus is roughly double that of the Republican caucus.

There is nothing inherent in the Republican Party that means it must nominate and elect fewer women. Indeed, the Republican-leaning state of Arizona does better than many Democratic states in electing women. Arizona’s three most recent governors were all women – two of whom were Republicans. Researchers at Rutgers note that Arizona has the 3rd highest concentration of women in its legislature. 7 out of the 13 Democratic State Senators (53%) Senators are female, compared to 6 of the 17 Republic State Senators (35%). 10 of the 24 Democratic State Represenatatives (41%) are female, compared to 8 of the 36 Republican State Represenatatives (22%).  Red states should consider what Arizona may be doing right (for example, its use of multi-member districts).

Texas has never been a leader in achieving gender parity. According to Representation 2020, a project of FairVote, Texas ranks 30th out of the 50 states. The State was one of 21 states that did not extend any form of suffrage rights to women prior to the 19th Amendment. Texas has had only one female United States Senator (a Republican, Kay Bailey Hutchinson) and two female Governors (two Democrats, Miriam Ferguson and Ann Richards). Between 1970 and 1995, the percentage of women in the Texas Legislature surged, from 1.1% to 19.9%. Since then, progress towards equal representation has stagnated. In 2013, only 21% of the legislature was female, ranking 32nd out of the 50 states. If female representation continued to increase at the rate it did between 1995 and 2013, it would take the Texas Legislature over 480 years to achieve parity.

To achieve parity in our lifetimes, both parties in Texas must take action. But Texas Republicans have more work to do. Republicans can learn from successful female recruitment and support operations heralded by Democrats, including Women Lead, Emily’s List, and Off the Sidelines. Another good place to start: Representation 2020’s State of Representation 2013-2014 report. In it, we devote an entire section to methods through which political parties can work for equal representation for women. Instead of being discouraged by current disparities, Texas Republicans, and indeed all Americans, should recommit themselves to achieving parity.