RepresentWomen’s mission is to strengthen our democracy by advancing reforms that break down barriers to ensure more women can run, win, serve, and lead.

More women in elected and appointed positions at every level of government will strengthen our democracy by making it more representative, reviving bi-partisanship and collaboration, improving the deliberative process, encouraging a new style of leadership, and building greater trust in our elected bodies.

RepresentWomen accomplishes its mission in these 4 ways:

RepresentWomen started as Representation2020, a program of the non-partisan reform group FairVote, that worked to build a solid intellectual foundation from which future work could grow. The team engaged in research to track the status of women’s representation in the US and abroad, understand the underlying reasons women are underrepresented, and find evidence-based solutions to mitigate the problem. This inquiry resulted in a suite of reports, studies, and tracking tools that follow trends in women’s representation in the US and internationally.

The United States is founded on the ideal of representative democracy - of the people, by the people, and for the people - yet the overwhelming majority of elected and appointed positions in government, in the US, are held by men.

Women make up half the population, but only 20 percent of Congress, 25 percent of state legislative and statewide executive positions, and just under 20 percent of city and county officials. Currently more than 100 countries in the world rank above the United States in women’s political representation. Even with gains for women at the federal and state level in 2018 we are centuries away from winning gender parity for women across the ideological, geographic, and racial spectrum in the United States.

Women in the nations ranked above the United States in women’s representation are no more ambitious or skilled or ‘trained’ to run than American women but those nations have employed a variety of institutional reforms to level the playing field for women to advance in representation and leadership.  Here in the United States, current strategies focus on preparing the individual woman to run, rather than change the systems that unfairly hold her back.

Research and experience confirms that female candidates face institutional barriers including recruitment practices that perpetuate status quo candidates, voting systems that protect incumbents and limit competition, and legislative norms that make it difficult for women to serve and lead effectively once elected.

The solution is clear: We must advance institutional reforms to win parity in our lifetimes. It’s time to move from short-term strategies focused solely on preparing individual women to navigate a system that holds them back, toward complementary medium-term strategies that dismantle the unfair barriers of that system. The United States has a rich history of mitigating unfair advantage through institutional reforms. Suffrage, Title IX, the Voting Rights Act, and the Americans with Disabilities Act are all examples of successful civil rights advances that have changed institutions - not the individuals marginalized by those institutions.

RepresentWomen’s programs are focused on addressing the root of the problem and breaking down the barriers that hinder women’s full participation at every stage of their political career cycle. Our programs employ innovative strategies designed for maximum impact and sustained progress toward parity for all women. 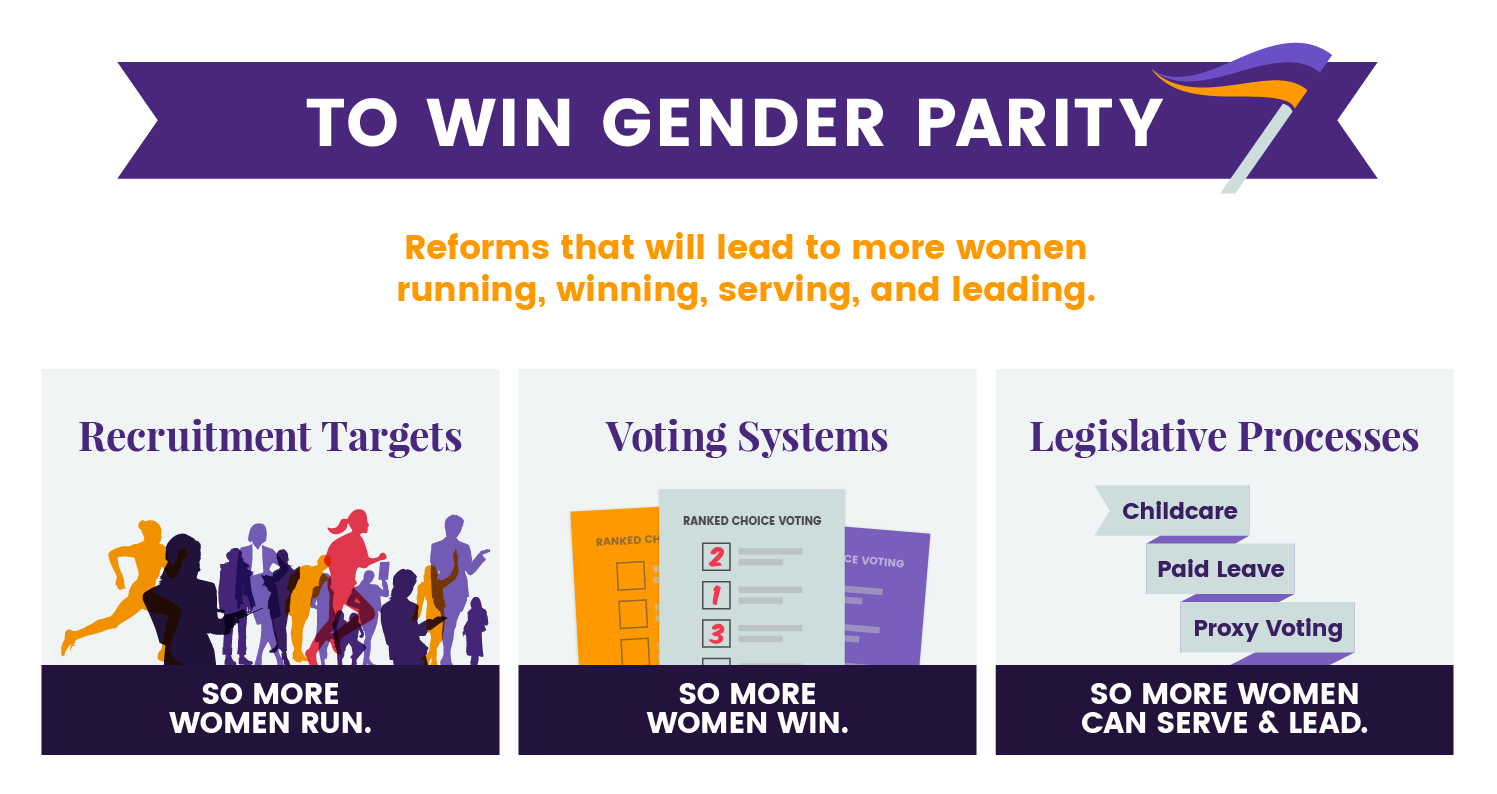