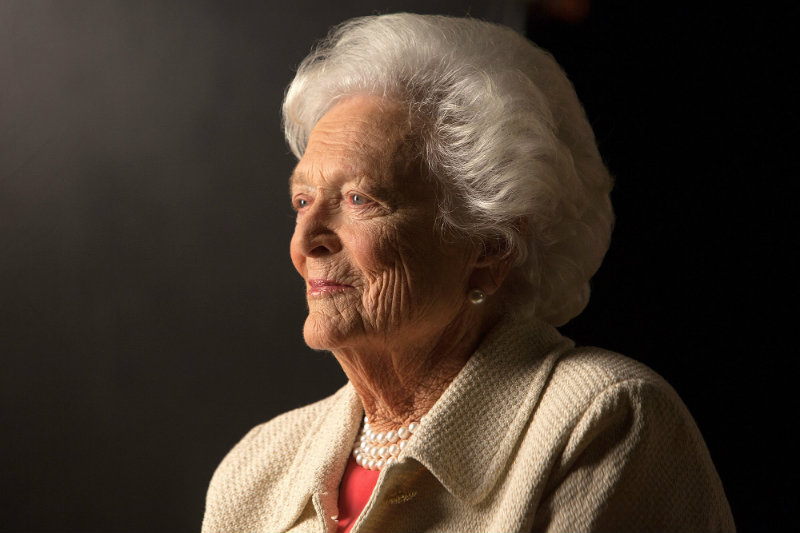 Barbara Bush died this week: Peter Baker writes this beautiful story about her courage and determination in the The New York Times
Dear friends,

Kristina Wilfore has launched a new podcast called Fatima's Hand that will profile "change agents across the globe fighting for women's equality. Combining politics with everyday activism, hear inspiring stories and practical advice from women in the Middle East, Africa and Europe." The first episode features an interview with a 23 year-old woman who ran for the Nairobi Senate. You can find Fatima's Hand on SoundCloud as well
Read more The new Gender Avenger Tally that "lets you record and share the gender (im)balance you see everyday. Whether it’s on TV, at a conference, or on a magazine cover, the GA Tally makes it easy to hold decision-makers accountable" was profiled in Fortune Magazine this week! The big story this week in the United States is the record number of women running for the House of Representatives in 2018 - so far. Read CAWP's press release for more details. While it's fabulous that so many women are declaring their intention to run it's also important to keep this news in perspective: There was a fascinating story in Civil Georgia about the defeat of proposed gender quota legislation in Georgia which had the support of the prime minister, many members of parliament and civil society groups. I will include the entire article because I think it's so important to appreciate how much more advanced the conversation about parity is outside of our borders:

The Parliament of Georgia has voted down today the legislative proposal which was to set mandatory quotas for women to help increase their representation in the Parliament and Sakrebulos (municipality councils). There was a piece by Lindsay Miller in Pop Sugar about Deb Haaland who could become the first native American woman to serve in Congress:

Deb Haaland stands to make history. If the New Mexico Democrat's campaign is successful, the single mom could become the only Native American woman to ever serve in the United States Congress.

A citizen of the Laguna Pueblo nation, Haaland grew up the daughter of military parents. She went on to put herself through college and law school at the University of Mexico, often scraping by on food stamps and student loans to get by. In 2008, she worked the phones as a full-time volunteer for Barack Obama's 2008 campaign. Four years later, she was back on team Obama for his reelection campaign — this time as the Native American vote director. That experience encouraged Haaland, now 57, to step into the political foreground and run for Lieutenant Governor in 2014. 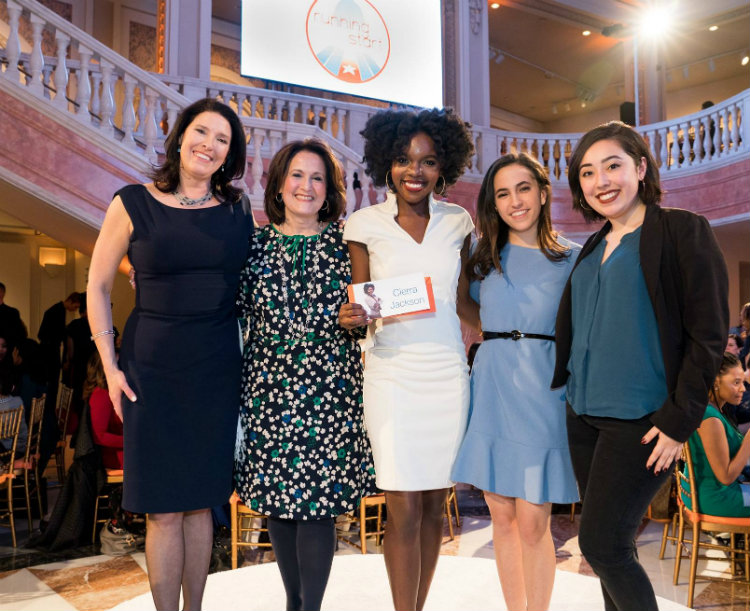 Last Wednesday, I had the opportunity to attend Running Start’s 12th Annual Women to Watch Awards with my colleagues at RepresentWomen and FairVote. Running Start is a national nonprofit that works to inspire and train the next generation of young women political leaders. It was inspiring to be in the room with young women from all backgrounds and political affiliations determined to create change in our world and challenge what it means to look like a politician.

At the event, seven alumnae of Running Start’s programs competed to be the organization’s “#ILookLikeAPolitician Ambassador.” The selected woman would become the spokesperson for Running Start. Throughout the night each candidate gave a campaign speech. At the end of the evening attendees voted for the organization’s next ambassador using ranked choice voting. My dear friends,
Last Saturday, The Hill ran my piece entitled "Congress, like Hollywood, has a female representation problem" which I wrote to encourage a conversation about concrete steps that we should be taking to advance women's representation and leadership that will lead us to parity in our lifetimes - not in some distant century or millennium. Judging from the comments on the piece not everyone agrees with my proposals but I am hoping those of you on this listserv will read the piece and let me know what you think! Here is an excerpt:
Read more This week millions of women and men around the world celebrated International Women's Day. I learned from Wikipedia that IWD is considered an official state holiday in over 40 countries and that people across the globe honor the women in their lives with small gifts or flowers.

This week also marked the launch of ReflectUS - the coalition of women's organizations that includes RepresentWomen, LatinasRepresent, She Should Run, Empowered Women, IGNITE, VoteRunLead, Highter Heights, and Women Influencers - that are working together to test and advance new strategies to win gender parity - in our lifetimes! Thanks to all those who could help us celebrate in person!
Read more 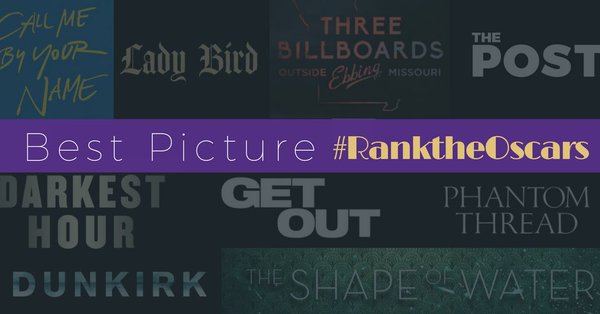 I have been on the road this week in Canada with Jeanne Massey from FairVote Minnesota speaking to groups in cities that have already adopted ranked choice voting or will be voting to adopt #RCV this fall. It's been great to talk with a lot of Canadians about voting system reform and women's representation - two of my favorite topics.

Highlights of the trip included meeting terrific women candidates running for various offices, speaking in a centuries old church in the heart of Toronto & at the Queen's University art gallery with Rembrandts right around the corner, and dipping into conversations about ranked ballots that are happening across the idealogical and generational spectrum in Canada. As I mentioned last week, RelfectUS - the new coalition of non-partisan organizations that are joining together to work for gender parity - is going live on March 6th! Please join us in person if you can - use this link to RSVP or email me directly with any questions!

I am also excited to announce that, thanks to the incredible work of Toni Gingerelli, RepresentWomen's Gender Parity Index Report is now live! We already have gotten some fun coverage including this story in Refinery29 that links to SheShouldRun's terrific campaign to find 250,000 women to run for office by 2030:
Read more