This week’s missive will be a photo essay of sorts & an invitation! I am on the Pacific coast meeting with election reform advocates. The room is filled with mostly men who have gathered in this beautiful spot to discuss the voting system reforms that are electing more women to office in the US & around the globe. 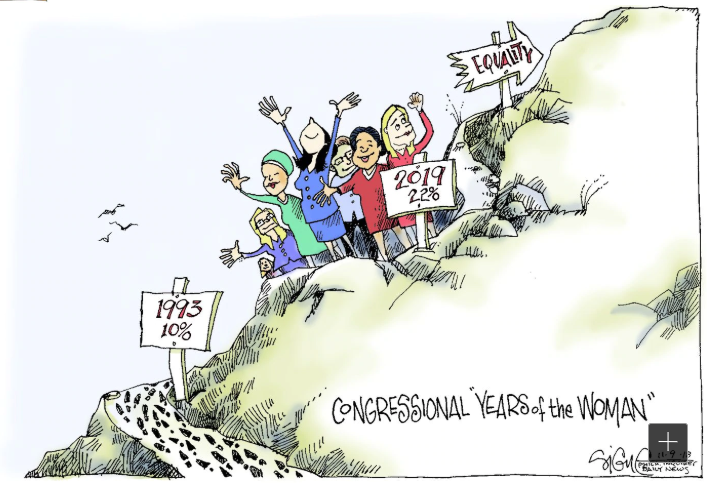 (from Signe Wilkinson - Quaker cartoonist for the Philadelphia Daily News & Philadelphia Inquirer - yeah Quakers!)
Good afternoon my friends,
I thought I would post just a few stories this week as I know many of us in the United States may be busy with family or with travel or be taking a break from the constant pull of the news cycle and our work for equality.
For the latest update on wins and losses for women candidates please listen to this interview, which is part of the Governing podcast series, with the uber-knowledgeable Debbie Walsh, director of the Center for American Women and Politics.
Read more (Shirley Chisholm)
This week marks the 50th anniversary of Shirley Chisholm's historic election to Congress as the first African American woman to serve in the US House of Representatives - now half a century later, women of color comprise a large percentage of the women democrats in the House.
Read more

My dear women's representationists,
This week's missive will be short and sweet as I know we are all inundated with information and news!
There were indeed a lot of new faces and MANY 'firsts' elected to Congress and state houses this week with votes in some states still being tallied - that's the great news, but republican women's representation fell in Congress and that will remain a challenge for the short term at least. The National Conference of State Legislatures and the Center for American Women and Politics have of course done a great job tracking the results and here is where things stand at the moment:
Read more 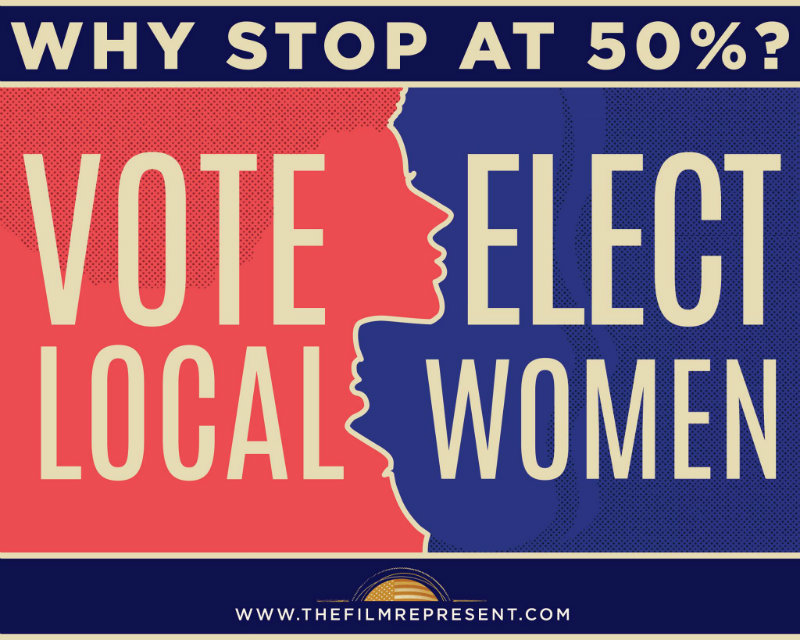 Dear friends,
I have had mixed feedback on whether to include full articles or just snippets with strong feelings on both sides of the question but this week I am going to try the path of shorter links so that you are not overwhelmed by text!
Carly Fiorina, GOP candidate for president during the 2016 primary season, had a very compelling piece in the Washington Post today. I hope that you will read the entire piece but here is a snippet:
We won’t change things substantively unless we change our mind-set. When talent is squandered, when human potential is crushed, when someone’s spirit is broken, we all lose. When I counsel organizations on diversity and inclusion, I always start somewhere else entirely. As the statistics amply demonstrate, most of the money spent on diversity and inclusion training is wasted. I focus organizations on achievement and excellence, not sensitivity and “being nice.” Teams discover that to accomplish more and perform at a higher level, they need to include others around the table. When people learn that diversity is in their own self-interest, not just the morally right thing to do, behavior changes and real inclusion begins.
Read more 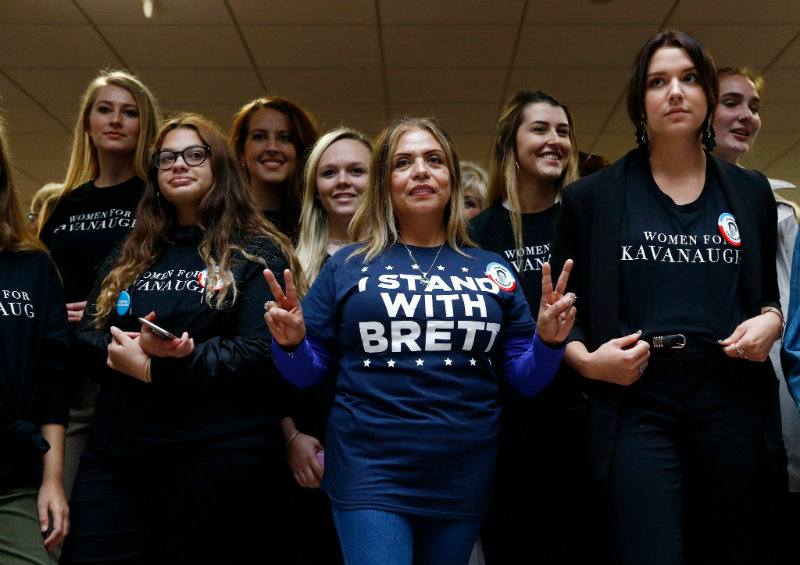 Dear friends,
Heather Wolf shared this article by Susan Chira from The New York Times that is a very important read:

What are those women thinking?

The ones who cheered President Trump’s mockery of Christine Blasey Ford at a rally in Mississippi, tweeted #HimToo in support of their sons who might one day be, in their eyes, unfairly accused of assault?

On the left, they’re being reviled as gender traitors, depicted as betraying the sisterhood and acting against their own best interests. The Democrats’ hope for a blue wave rests on female voters coming out to register their displeasure with the president’s party. Women will be acting as a political force. (from Fast Company piece cited below)
Dear friends
There was a heartfelt piece on Fast Company by candidate Caitlin Clarkson Pereira about the need for news rules around how to pay for childcare while running for office - this is a terrific example of a systems reform that is necessary to level the playing field for women in politics:

Each weekday, after work and just before dark, there is a small window during which—as a candidate for a House seat in Connecticut’s state legislature—I have a precious few hours to knock on doors and introduce myself to voters.

It isn’t uncommon for me to have my 3-year-old daughter, Parker, in tow. The reason: I can’t always afford a babysitter.

Hello! My name is Jiakun ‘Jack’ Li, the new research intern at RepresentWomen. I am a recent graduate from Johns Hopkins University Applied Economics Program, a teaching assistant at School of Advanced International Studies (SAIS) for Macroeconomics, and a research assistant on STATA programming and code replication for Assistant Professor Ryan Kim at SAIS. I was born and raised in Shanghai, China, a city bursting with endless nightlife and countless entertainment. After work, I enjoy trying out new restaurants (I appreciate all types of cuisine, especially Chinese, Thai and Italian), working out, playing board games (Settler of Catan) and watching GoT/West World. In addition, I love learning new languages (Spanish in progress) and hope to achieve Italian or Portuguese next.

In January 2017, I landed in Washington, D.C. and I witnessed the historical outcome of the 2016 presidential election. I was deeply struck due to the subsequent influence of politics on people’s daily lives, such as the 2018 Tax Reform and the termination of DACA program, which strengthened my interest in politics and led to the research internship at RepresentWomen.