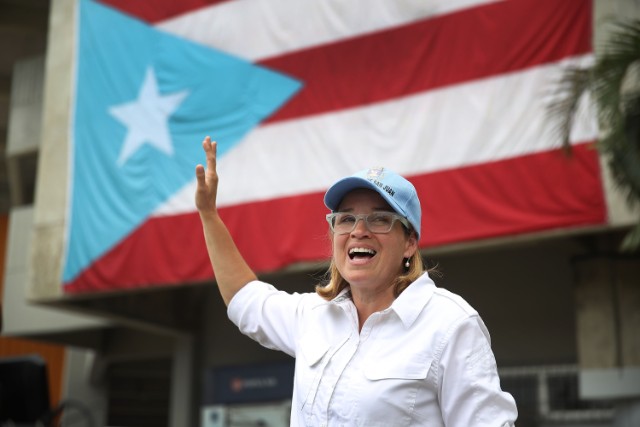 Women hold 29 out of 179 total seats in the legislatures of Puerto Rico, Guam, American Samoa, the Northern Mariana Islands (CNMI), and the U.S. Virgin Islands (USVI), or about 16.2% of all seats. Women hold a lower percentage of seats in the territorial legislatures than they do on globally (women hold 22.8% of all parliamentary seats). Even in Guam, which has the highest percentage of female legislators out of the five territories, men still outnumber women two to one in the Senate. Women from marginalized communities experience even further underrepresentation. While 9.1% of Puerto Ricans are of African descent, only one legislator (Sen. Nayda Venegas) out of 81 identifies as Afro-Latina. The executive branches are not much better. Currently, no territory has a female governor, and Puerto Rico is the only territory that has ever elected a female governor (Síla María Calderón, who served from 2001 to 2005).

There are a few representation bright spots in the territories. Five of the six non-voting members in the House, who represent the five inhabited territories and Washington, D.C., are women. Women are also well-represented on a local level in Puerto Rico and Guam. In both territories, women make up 50% or more of the mayors of the most populous cities. While several individual women politicians have made remarkable strides, however, the territories are still nowhere near gender parity.

It’s essential that the territorial governments move toward equal representation of women in government. A gender diverse legislature can better reflect the interests and issues that are relevant to the electorate. Lou Leon Guerrero, a former Senator in the Guam Legislature and President of the Bank of Guam, spoke eloquently on this idea in 2012:

“Women in politics make a whole lot of difference in our governance, in correcting social injustice, in managing social and family values, in our economy, in our environment and in promoting the greater good of humanity. You see, women’s interests are our interests; women’s struggles are our struggles; and when women win, we all win.”

To ensure that more women win electoral office, the territorial governments could adopt several practices. First, the territorial political parties must engage and recruit more women candidates. The Republican Party of the CNMI, which currently holds over 75% of the seats in the legislature, recently published its list of candidates for all November elections. Of the party’s 33 candidates, only two are women. This doesn’t bode well for the CNMI’s progress toward parity. Women cannot be elected to office if they don’t run for office, and the parties have a crucial role in deciding who gets to run.

Once women candidates do decide to run, they face challenges that their male colleagues may not face while seeking election. Carmen Yulín Cruz has spoken about the sexism she faced while running for mayor and during her tenure in the Puerto Rican House of Representatives. A former representative called her a “lesbian” on TV, an insult that Cruz dismissed as sexist and homophobic. Cruz said later that she struggled in her congressional and mayoral elections. “Politics is a rough game, and sometimes as females we are taught that you have to play nice,” she said. “Sometimes you can’t play nice.” Though sexism is very difficult to root out, the territories could make elections less hostile by introducing ranked-choice voting, a voting system that encourages cooperation and discourages negative campaigning.

Even beyond running for office, the U.S. territories, like many states in the continental U.S., have electoral systems that are not conducive to electing women candidates. Though all five of the inhabited territories elect some or all of their legislators from multi-winner districts, they ought to expand this practice to apply to all elected positions. Ranked-choice voting could also help increase the number of elected candidates from marginalized backgrounds.

All inhabited U.S. territories, excluding Puerto Rico, will be holding territory-wide primaries and/or elections in 2018. Several female politicians are up for re-election, including all of the delegates to the U.S. Congress. In Guam, where the incumbent governor is ineligible reelection because of term limits, Guerrero is running to become the first female governor. Though men still outnumber women in most elections, this rising tide of female candidates bodes well for a path toward parity in the future