The first major finding is: the same old, same old. Monopoly Politics 2014 shows that the vast majority of races are not competitive. The party that won the support of a given district in 2012 is very likely to retain it in 2014. As a result, women incumbents in the U.S. House are likely to continue to hold their seats.

Of the 73 women incumbents in 2014, 65 of them are projected to win, and none are projected to lose. In the remaining eight seats, Monopoly Politics cautiously offers no projection. Still, other pollsters (including the Cook Political Report and POLITICO) estimate that six of those eight candidates will win, and only two are in true toss-up races. In short, the rigidity of partisan politics seems to benefit women incumbents just as it does their male counterparts.

But before we celebrate the rigidity of partisan politics (and rarely is there such an occasion), remember that most incumbents are men, as again, women currently occupy 18% of the U.S. House. Men are more likely to benefit from the advantage than women, simply because they have more to lose. 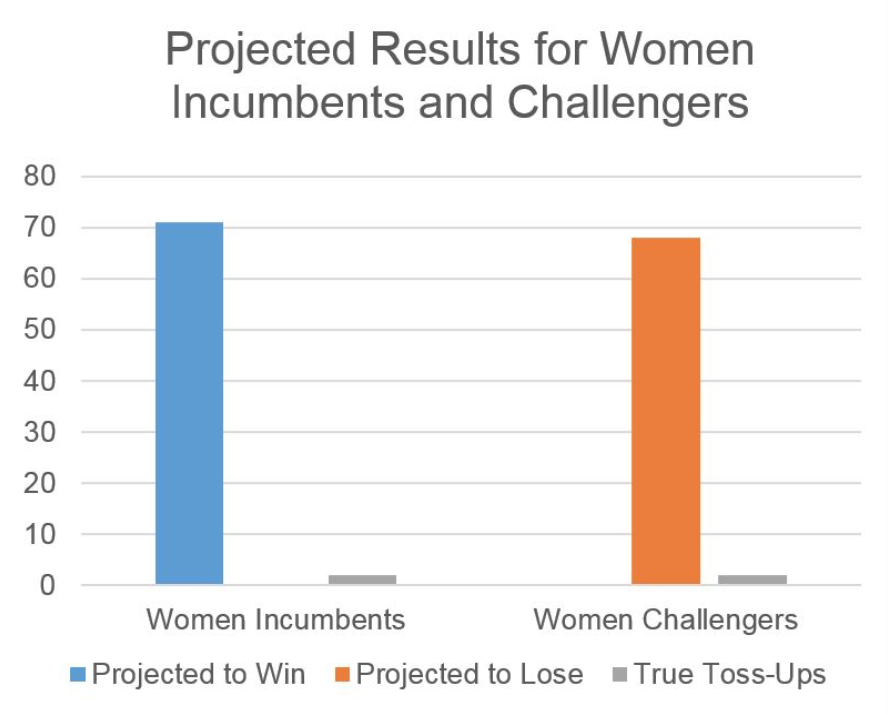 In short, the lack of competition in the 2014 midterm elections is likely to help perpetuate the current demographic make-up of the U.S. House. Too often, the rigidity of partisan politics keeps men incumbents in office and limits the entry of women candidates.

The second major finding within FairVote’s projected outcomes for women candidates is based on open seats, those in which no incumbent is running for re-election. The results: the U.S. House is not moving toward gender parity fast enough by failing to bring women into open seats.

Monopoly Politics 2014 projects that at least six women will win open seat elections, or 13.3% of new seats. For an additional six women candidates, Monopoly Politics does not make projections, but other pollsters estimate that three will win. That would mean a total of nine new women in the U.S. House. Nonetheless, women will still only hold 20% of new seats, meaning that the current rate of women’s representation in the U.S House will not be affected by incoming freshmen representatives. 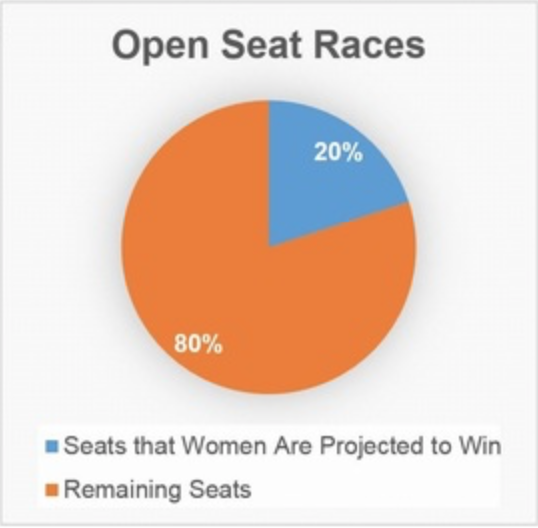 Even where incumbency does not stand in the way, a lack of female candidates means that the march towards gender parity in the U.S. House of Representatives is not happening fast enough. Representation 2020 also argues that to reach gender parity, we need to expand current efforts to recruit more women into politics. Political parties, influential leaders, donors, and other gatekeepers must act to dramatically increase the number of women candidates they support in political races.  We also need to reform legislative practices in Congress, so that elected offices are more attractive positions for women, particularly women that choose to combine work and family responsibilities. Without such steps, the U.S. House of Representatives will continue to miss out on half the talent pool.

The 2014 midterm elections are not likely to significantly impact gender parity in Congress. Reaching our goal of gender parity by 2020 will require meaningful reforms, and a demonstrated commitment to women leaders.