What's the Deal with Runoff Elections? 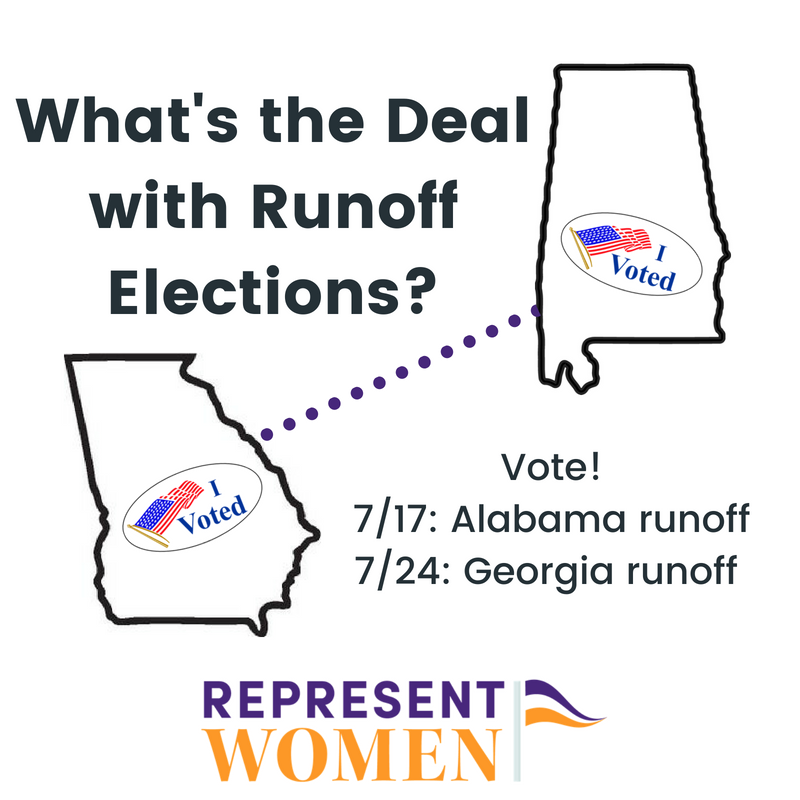 The 2018 primaries have hit a bit of a lull this July. From April to June of this year, 31 states and the District of Columbia voted in primary elections to choose their candidates for the November midterm elections. The next statewide party primaries aren’t until the first week of August when Tennessee and Michigan cast their ballots.

What we have in the meantime? Runoff elections. Two states, Alabama and Georgia, are holding special runoff elections this July to determine the result of primaries in which no candidate garnered more than 50 percent of the vote.

The fact that runoff elections are costly and inefficient isn’t news to anyone. New York City’s 2009 city runoff election cost about $15 million; Idaho Falls’ 2013 mayoral runoff cost $29,000; and in 2011, Plano, TX, spent $73,000 on a runoff for just one city council seat. Cities pay for these un-budgeted-for elections with taxpayer money. And it’s not just cities that foot the bill for extra elections: candidates must continue campaigning throughout the runoff process. Though wealth is often a barrier for potential candidates, women are particularly impacted by the exorbitant cost of running for office -- women typically have lower incomes and net worths than men -- so the possibility of campaigning throughout a lengthy runoff process may likely dissuade women from running.

Women and people of color face disproportionate barriers when running for office, perennially reporting that they have a harder time fundraising and encouraging voter turnout. Research shows that certain voter demographics are harder to turn out: in particular, young people and people of color have substantially lower rates of voting. Runoff elections, then, only compound the challenges that non-white and non-male candidates already face by forcing them to campaign for a longer time, with limited resources, and dwindling turnout especially among key demographics.

Could there be another way? Ranked choice voting (RCV) -- also called “instant runoff” voting -- is a voting system that eliminates the need for runoff elections by asking voters to rank several candidates instead of picking just one. With RCV, voters would participate in one primary, and the winning candidate would better reflect the support of a majority of voters. What’s more, RCV has been shown to elect greater numbers of women and people of color to office, a critical increase in diversity for legislative institutions long dominated by white men.

In the meantime, though, this month’s runoff elections in Alabama and Georgia present exciting opportunities for women.

In Alabama, two out of four runoff elections will feature women candidates. A runoff in AL-2 will determine if Republican incumbent Martha Roby will advance to face the Democratic woman challenger. On the statewide level, Republicans will vote in a runoff election for Lieutenant Governor. The candidate currently in the lead, Twinkle Cavanaugh, would make history if elected alongside incumbent Governor Kay Ivey: no state has ever had a woman governor and lieutenant governor simultaneously.

In Georgia, just one primary race is going to a runoff. Two men are on the ballot to be the Republican nominee for governor. The winner in Georgia’s runoff will face Democrat Stacey Abrams in November. If Abrams wins, she would make history as Georgia’s first Black governor, Georgia’s first woman governor, and the first Black woman governor anywhere, ever. So although this month’s runoff elections aren’t without drawbacks, they present big opportunities for new firsts of women’s political leadership.