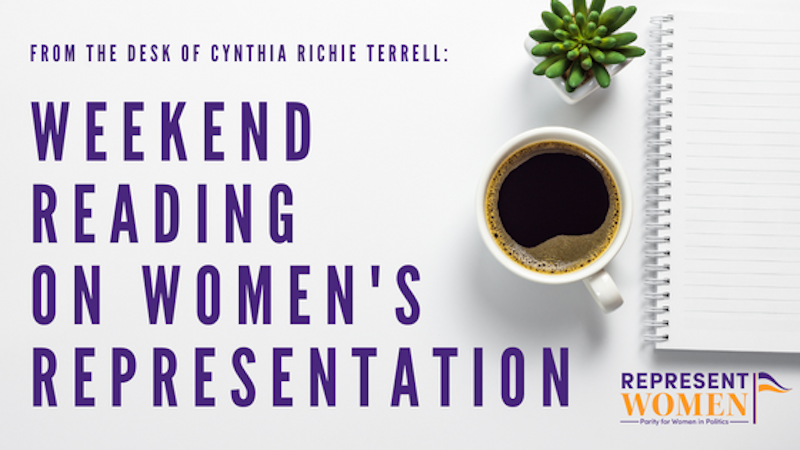 In a little more than a month, we will know how many women get elected to Congress, to statewide executive offices, to state legislative seats, and to local positions across these United States. We will also see the results for ballot measures for ranked choice voting in Nevada, Seattle, Portland, Maine, and Portland, Ore. Evanston, & other jurisdictions. We’ll also learn the outcomes for women who are ranked choice voting champions like Kate Stewart who is running for county council in Montgomery County, MD and Representative Mary Peltola who is running for a full term in Alaska. Of course there is a lot at stake in this election so I hope that you are making plans to vote on or before Nov. 8! 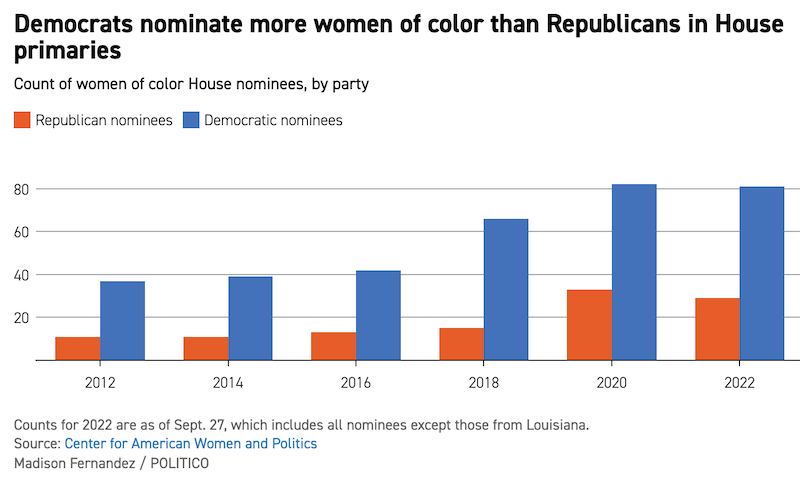 According to data compiled by the Center for American Women and Politics, the Democratic party has nominated more women of color than the Republican party, as this story in Politico reports:

A record-high number of women of color — 263 — ran for the House this year. That includes 92 Republicans and 171 Democrats — a record for both parties. “As you see women of color succeed at this level, hopefully, it both inspires other women of color to run, but also proves to practitioners and donors and gatekeepers in the political system that these women are well poised to succeed,” Dittmar said.

In this data set, “women of color” includes women who identify as one or more of these categories, including women who identify as white with one of these other racial/ethnic identities: Black, Asian American/Pacific Islander, Latina/Hispanic, Native American/Alaska Native/Native Hawaiian and Middle Eastern/North African. (CAWP no longer reports an aggregate “women of color” in their analyses, and instead breaks it down by race and ethnicity. You can view that data here.)

The status of "record breaking wins" for women 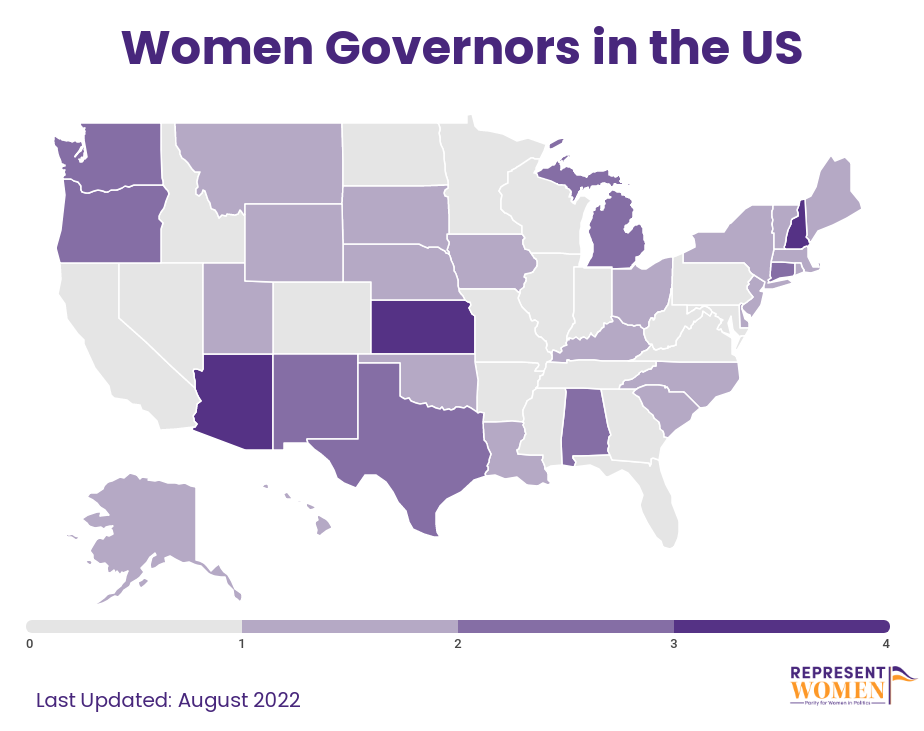 See our interactive version of this map here.

In 2018, Republicans and Democrats combined nominated 16 women to be governor candidates. In 2022 this number has jumped to 25 (16 Democrats, 9 Republicans). Research Associate Steph Scaglia found this article stating that if enough of these women win, "the current record of nine female governors serving at the same time, first set back in 2004, could be broken."

It’s a near certainty. Four women incumbents in Alabama, Iowa, New York, and South Dakota are heavily favored. All-women contests are underway in Arizona, Michigan and Oregon, while women are heavily favored to win open seats and become their state’s first-ever woman governor in Arkansas and Massachusetts. Adding to these 10 expected winners, women incumbents are at worst in tossup races in Kansas, Maine, and New Mexico, while women challengers have a shot in states like Georgia, Ohio, Oklahoma, and Rhode Island.

But, as RepresentWomen noted in our annual 2022 Gender Parity Index, progress tends to be inconsistent. Outside of gubernatorial races, that is evident this year.

The number of female candidates running for Congress has dipped slightly compared to the record high levels reached in 2020 and the last midterm elections in 2018.

“For the past two cycles, much of the attention to women candidates (was) centered around the record number of women running for and winning office,” said CAWP Scholar and Director of Research Kelly Dittmar...

there is less attention being paid to women running, a decision that “really ignores the important ways in which gender is still shaping women’s decisions to, and experiences while running.”

Inconsistent progress is normal, but shows that we must continue to push at full force in order to reach gender parity in government. See our numbers on women's political representation at all levels of government here. 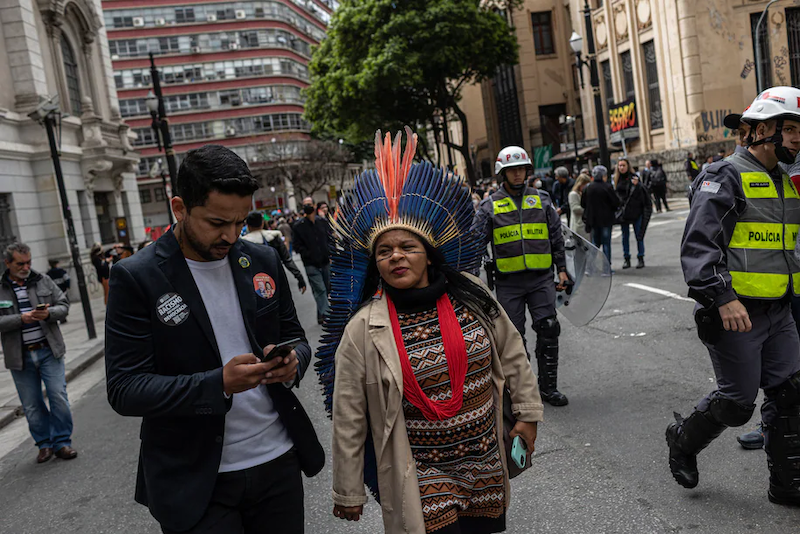 Sônia Guajajara attends a demonstration at the University of São Paulo law school in August. She is running for a seat in Brazil's congress. (Rafael Vilela for The Washington Post)

Brazil held elections for president, vice president, the National Congress, and for statewide executive and legislative seats last weekend. While Luiz Inacio Lula da Silva won more votes than any other candidate, no candidate for president won a majority of votes and so the nation will vote again on October 30th. The two-round runoff system used in a number of countries and U.S. states (like Georgia) is enormously expensive for both candidates and taxpayers. An obvious solution to this outdated procedure is ranked choice voting that employs an 'instant-runoff' to determine majority winners from the same electorate and with far fewer dollars spent.

While the tally for the total number of women elected in last Sunday's election hasn't yet been released we do know that a record number of indigenous women ran for seats at the national, state, and local levels. This story in The Washington Post tells some of their stories:

For more than two years, Vanda Ortega Witoto watched from her village in the Amazon as Brazil’s chaotic response to the coronavirus brought catastrophe to her people.

“I saw my leader die without oxygen,” said the 35-year-old nursing technician, a member of the Witoto people. “I saw my relatives being buried after no ambulance took them to the hospital.”

Now Witoto, who lives in the remote Aldeia Colônia in Amazonas state, is running for Brazil’s congress.

“We can’t ask for help from the state when we don’t have our representatives, because those who are there are not sensitive to our cause,” she said. “They don’t even know about our existence and have no reason to defend it.” 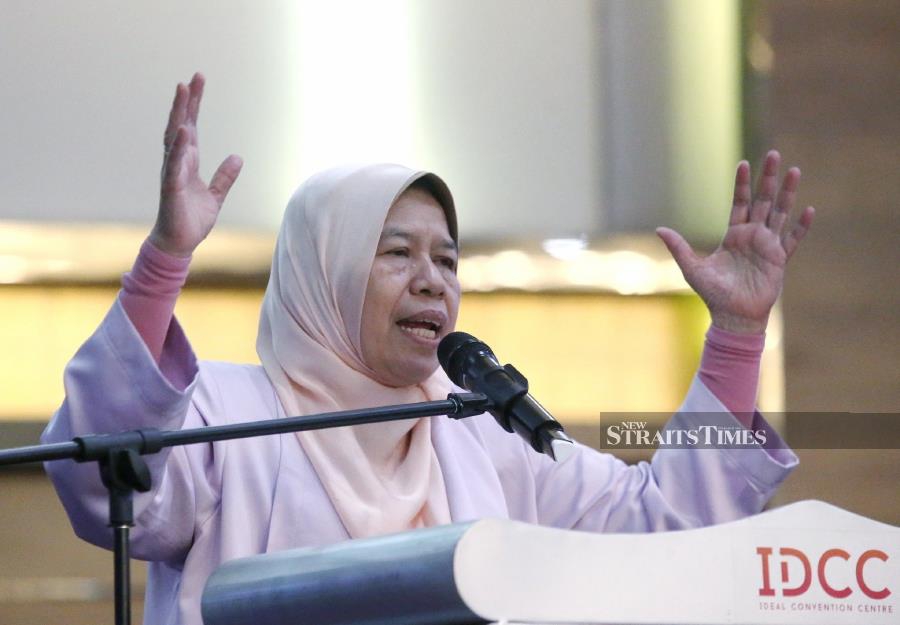 The Council of Malaysian Women Political Leaders (Comwel) today proposed for political parties in the country to introduce gender quotas for the selection of electoral candidates. - NSTP/EIZAIRI SHAMSUDIN

Women leaders in Malaysia - which ranks 142nd for women's representation according to the IPU - have called for the introduction of gender quotas for political parties as this piece from New Straits Times reports:

The Council of Malaysian Women Political Leaders (Comwel) today proposed for political parties in the country to introduce gender quotas for the selection of electoral candidates.

Its founder and president, Datuk Zuraida Kamaruddin, said this would work well to enhance women's participation in national politics.

"Political parties can also encourage greater participation of women in contests for party positions, including the top ones," she said in a statement today.

She said this in response to a move by Umno recently to ensure 30 per cent of its electoral candidates were women. 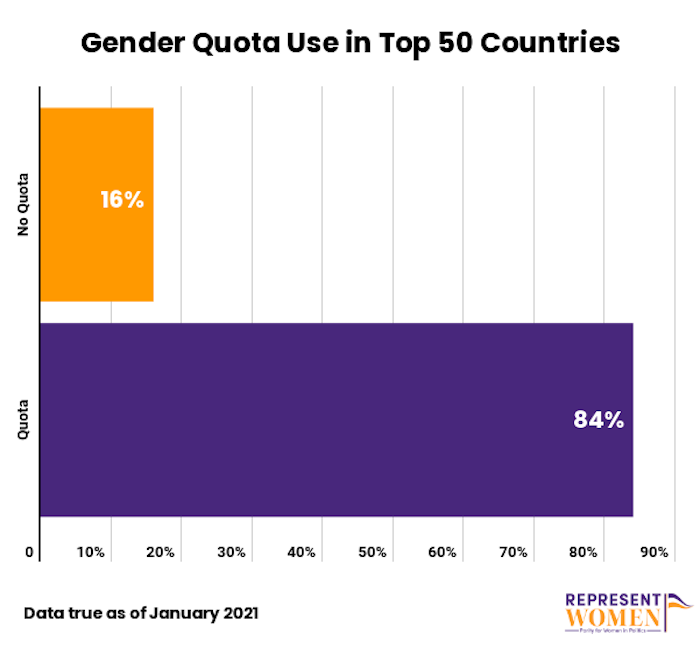 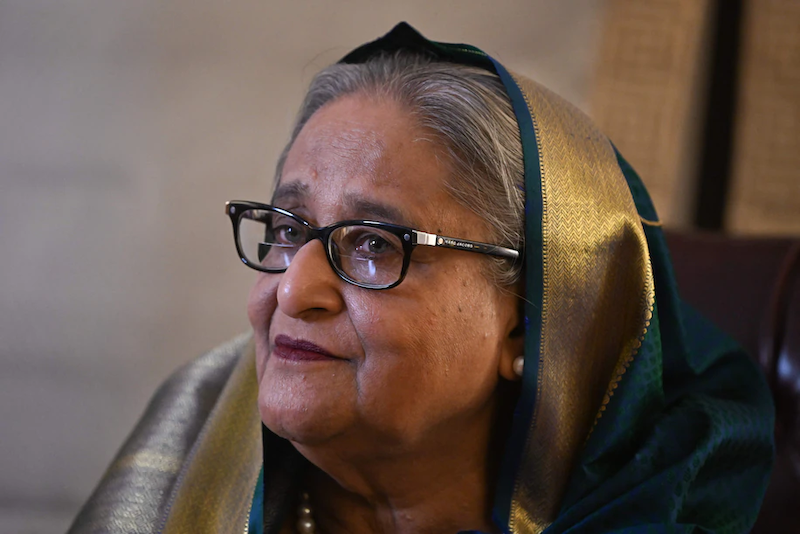 Bangladesh's Prime Minister Sheikh Hasina speaks during an interview at a hotel in New York on Sept. 22. (Ed Jones/AFP/Getty Images)

One of my favorite columnists for The Washington Post, Petula Dvorak, had the opportunity to speak with Sheikh Hasina, the longest-serving woman head of state in the world, about her illustrious career in politics that includes surviving at least 20 attempts on her life:

“Women are better than men,” she said. And laughed.

But seriously, she went on, because she is a woman, she said, she understands more intimately the struggle of poverty and education in Bangladesh, the obstacles that most women face, and how their stagnation slows a nation’s progress.

In the past decade, she’s significantly reduced poverty in her country, expanded educational opportunities and changed housing.

“No more of these, what do you call them, huts,” she said. Even if they are simple structures — brick with a corrugated steel roof — Bangladesh makes housing a human right.

“And it will be in the name of the man AND the woman,” she emphasized. And then the stage whisper again: “If they split up, the woman keeps the house. NOT the man.”

The World Bank gives high marks to growth in Bangladesh under Hasina’s leadership, noting it went from “being one of the poorest nations at birth in 1971” to reaching “lower-middle income status in 2015.”

Through health care and housing, Hasina said investing in the women of Bangladesh helped elevate the nation.

This week I had the good fortune to speak to various audiences at Haverford College about democracy, ranked choice voting, and women's representation along with some other terrific speakers. I will be returning to the Haverford campus later this month to be the Friend in Residence so please let me know if you'd like to connect while I am in the Philadelphia area to talk about politics, women's representation, and/or Quakerism! 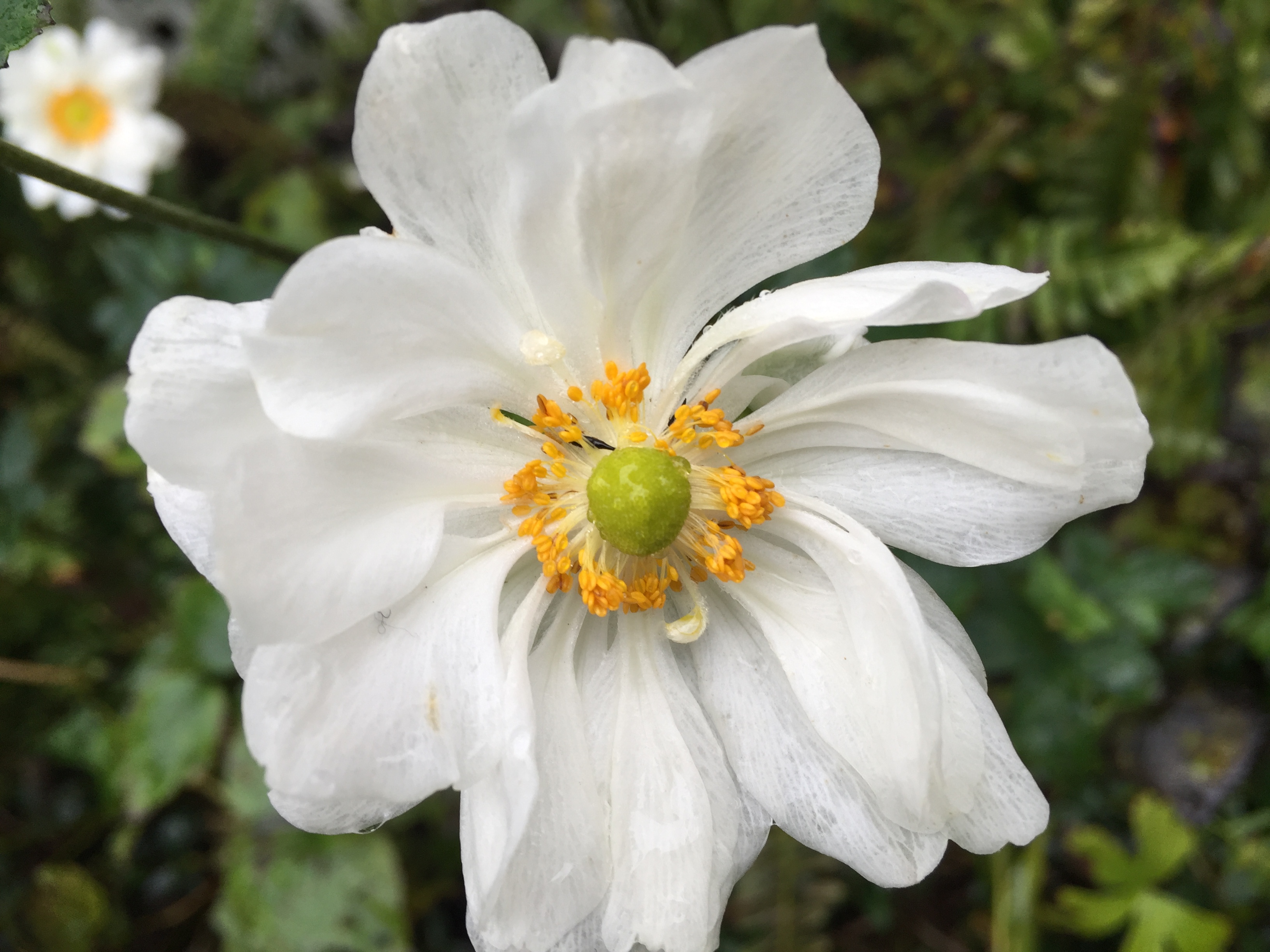 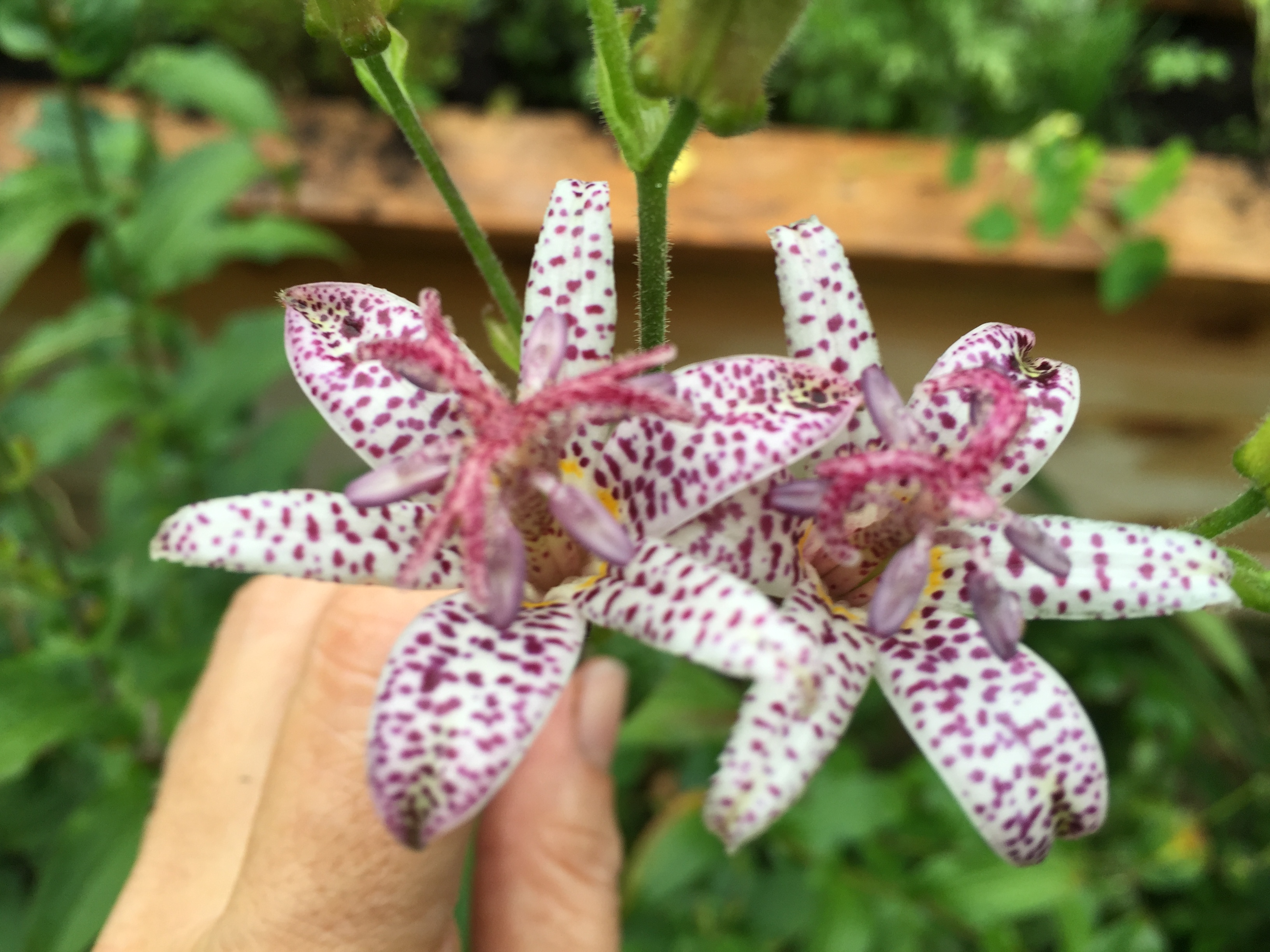 Anemones and Toad Lilies are blooming in my garden so I know the colder temperatures are settling in!

That's it for this week my friends,

P.S. If you're looking for more news on international women's representation, our friend Akshi Chawla has an incredible blog called #WomenLead! Check out her most recent update from this week here.

This week we are also highlighting the number of Latinas running for the U.S. House. Happy Hispanic Heritage Month! 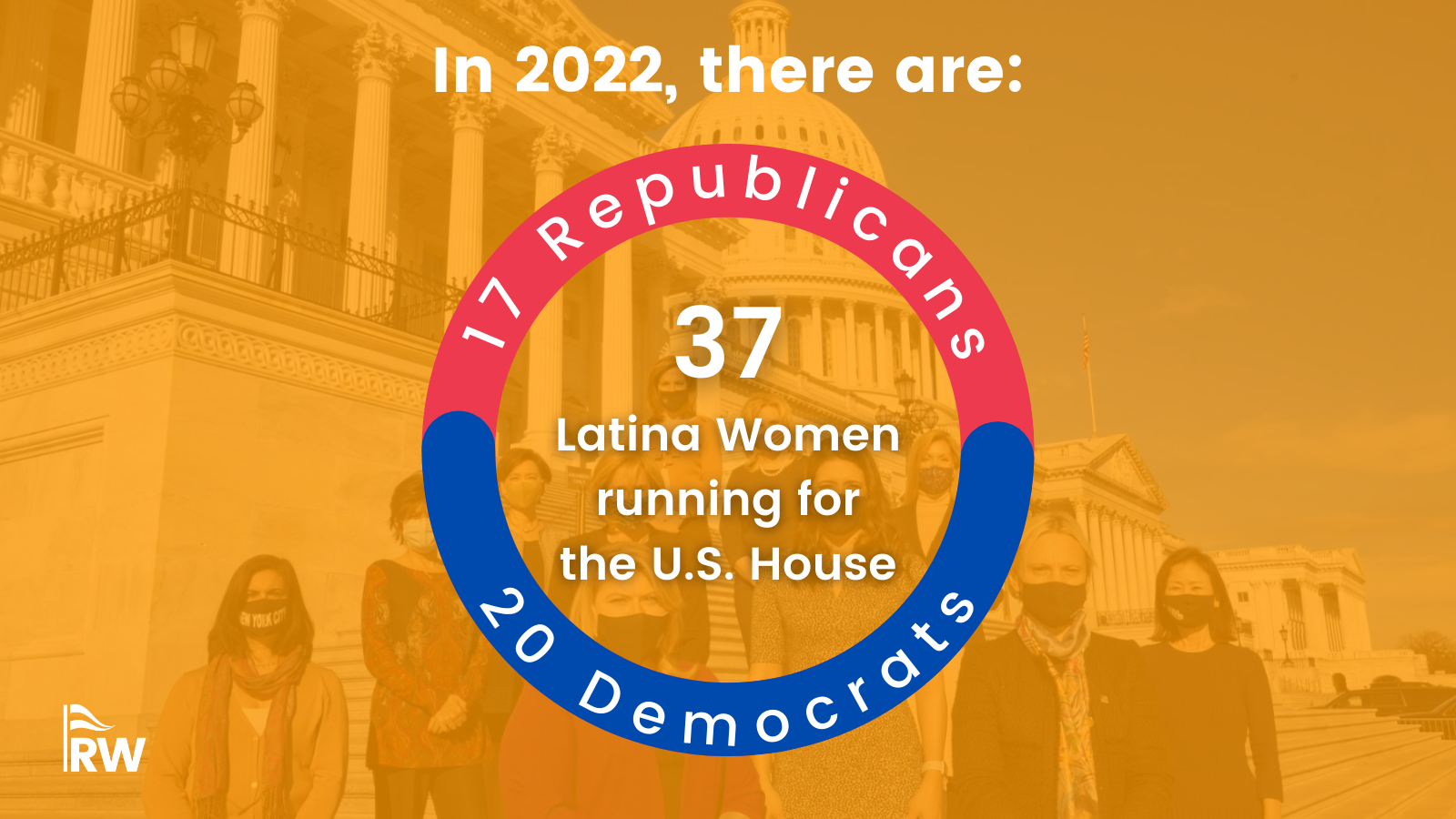