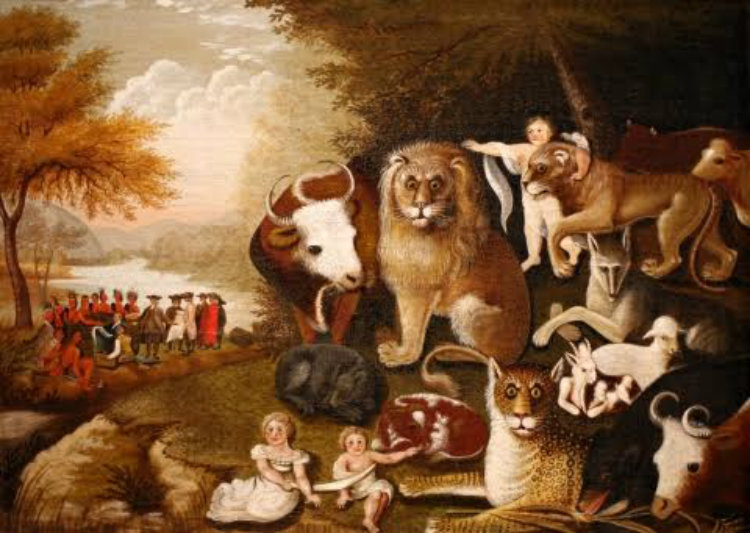 It has been quite a week.

The much-anticipated election of the first woman president did not happen. The number of women governors declined from six to five - with three of those five being out in 2018 due to term limits and the remaining two women facing competitive bids for re-election. Women gained only one seat in the U.S. Senate despite several strong women challengers.

In U.S. House elections, women will hold one fewer seat. Disturbingly, we may be reaching the kind of equilibrium in the House that we now see in state legislative races. In 1993, women held more than 20% of state legislative seats. In the years since, they never have reached 25%. Without systematic intervention and structural change, women may be reaching a similar "glass ceiling"  in Congress that will make it very hard to advance beyond 25%.

House races underscore the need for structural change to open up opportunities for women. FairVote closely tracks House races in its Monopoly Politics reports. Out of 435 House seats, only 12 changed parties. Incumbents won 98% of their races, and open seats closely tracked whichever party had even the slightest partisan advantage. Oddly, in a year of such voter rebellion at the top of the ticket, incumbents not only won, but on average won by some 8% more than the nominee of their party would likely have won in an open seat.

That's why FairVote was so pleased with the strong win for ranked choice voting in Maine, by 52% to 48%. Ranked choice voting will be used in Maine's elections for governor, U.S. Senate, U.S. House and state legislature in 2018. Ranked choice voting changes the nature of campaigns in a way that has helped to elect women in city elections. Twinned with multi-winner districts, it's a powerful reform for women- and indeed all Americans.

Many thanks to CAWP for their invaluable role in collecting and packaging data so the rest of us can use it! Here is their wrap up of the presidential race, the races for U.S. Senate, and the races for the House of Representatives. Kelly Dittmar reports that they will likely have data from races for state legislative seats next week - we will see if women have made gains there.

More women of color will serve in the 115th Congress than ever before with four in the U.S. Senate - all democrats, and thirty three in the House of Representatives - thirty one democrats and two republicans. Minnesota elected the first Somali-American female legislator.

Republican women remain underrepresented at all levels of government but there are a number of groups that have been identifying and training conservative women to run for office including Right NOW Women PAC,,the Susan B Anthony List also VIEW PAC and Maggie's List these are just a few of the growing number. There was a good story on Fox News about Liz Cheney's successful bid to win her father's seat in Congress and another story in Spokesman.com about Cathy McMorris Rodgers winning her 6th term. 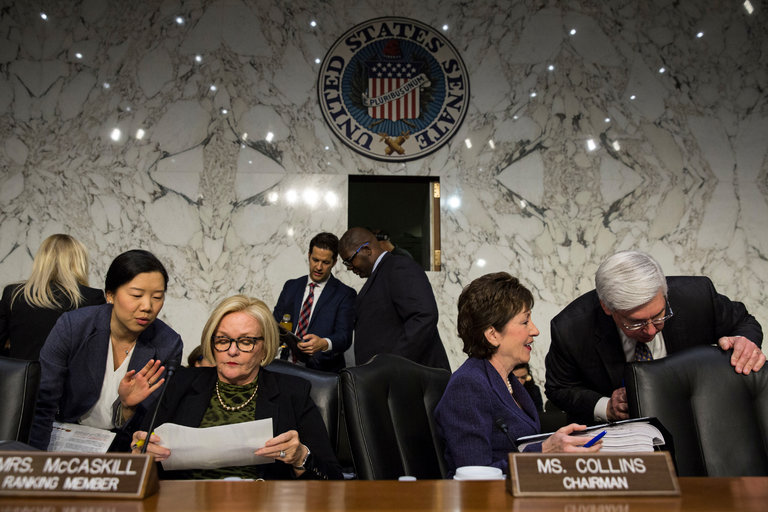 Perhaps many of you already saw this important piece from the New York Times by Claire Cain Miller about how women govern differently - it's a great compilation of the research.

Lisa Nikolau has an interesting piece in Humanosphere about the high numbers of women leaders in Latin America - the gender quota laws passed in a number of countries are credited with making the difference:

One reason so many Latin American women have been able to obtain these positions, Caivano said, was the introduction of gender quotas. Like in Europe, much of the region utilizes a quota system to crack open the gate for women making political connections...To date, 16 of the 33 countries in Latin America and the Caribbean have adopted gender quota laws. Many credit this system for the fact that 25 percent to 50 percent of national legislatures in Latin American countries are female – by contrast, the U.S. recently reached an all-time high of just 20 percent.

Seth Meyers had this poignant message for the first woman president - whoever she may be.

I am pleased to report that with the terrific help of Marne Pike and Veracity Media the new Representation2020 website is live. We will be adding and editing content when the election dust settles and plan to have a robust section on how to get involved. Many thanks to those of you who have agreed to be part of the board - which is still in development - the leadership circle and Partners for Parity! Please take a look and let me know if you have suggested changes or additions - my goal is to build a broad and deep community so let me know how you'd like to get involved!

We will be using info graphics like this one to help spread the word about the role that structural strategies play in winning gender parity in our lifetimes: 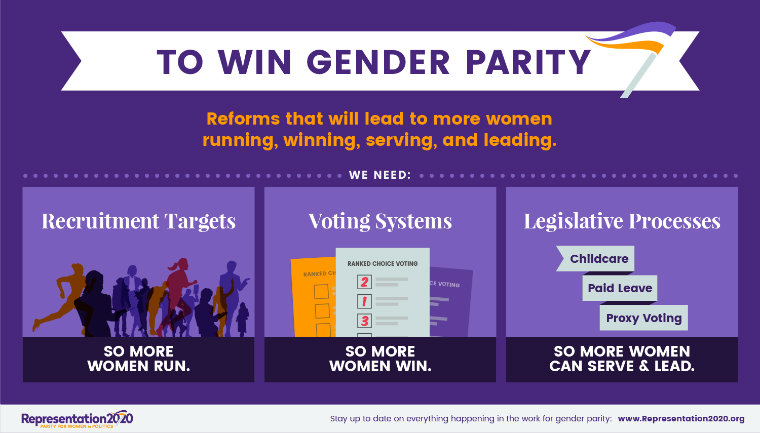 And finally, please consider signing my petition to the president elect to appoint a gender balanced leadership team - I would be doing the same thing if Hillary Clinton had been elected president. Identifying ways to work with and not against may seem naive or even ludicrous to some but it's grounded in my Quaker heritage and guided by the belief that we must be relentless in our efforts to help build a more perfect union.

All the best for a regenerative weekend,