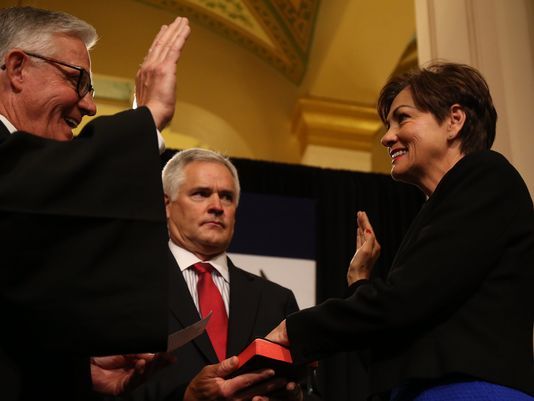 I will keep this short as we all settle in for a longer-than-usual weekend. I am spending mine with my family in our very rustic cabin in the Pine Barrens in NJ!
The Des Moines Register reports that Kim Reynolds has become Iowa's first female governor - bringing the number of governors who are women back up to 6!

​Gregory Schneider had an interesting story in the Washington Post about the surge in women who want to run for state legislative seats - Virginia gets a D on Representation2020's Gender Parity Index. 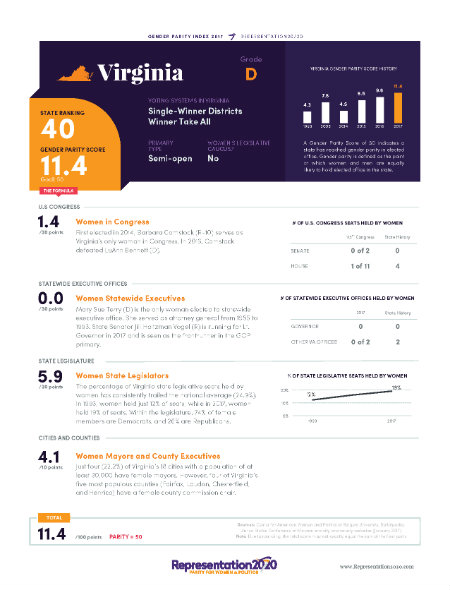 Mike Brophy - part of the terrific team from Veracity Media -  wrote a great blog about the process of updating the Representation2020 logo and digital brand - he writes:

I loved working on this project because one, I wholly support the organization's mission, and two, I ended up having a wealth of source material from which to pull inspiration. Motivated by the client's initial inclusion of a suffrage poster (see below) in the design brief, I dug into the suffrage movement in the US during the early 20th and even late 19th centuries and found it had been fairly well documented. During my research I amassed a huge collection of photographs depicting everything from parades and rallies to close ups of individual buttons, pennants, and other 'marketing material,' which I hung up around my desk to always have a close reference.

​
Thanks to Gina Glantz from Gender Avenger for the plug in her blog and to those of you who have shared the Gender Parity Index Report and map on your social media networks!

I hope you have a terrific weekend!
Cynthia
Share
Topic:Weekend Reading