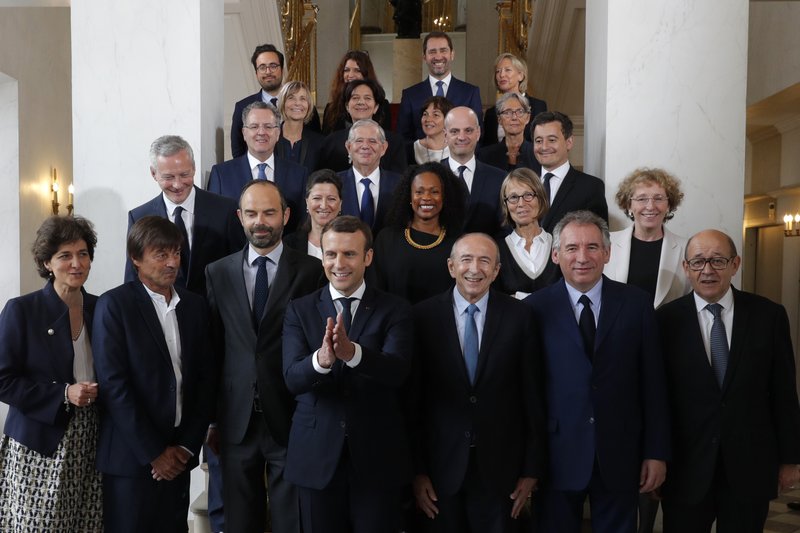 According to this short news story in Roll Call, former state party chair Debra Haaland is running for an open House seat - if elected she will become the first Native-American congresswoman - open seats provide rare opportunities for women to get elected to Congress.

​
Heather Wolf shared this article from The Hill about GOP women who are leaving their seats in the House of Representatives to retire or seek higher office:

Some senior GOP women are fleeing the House, opting for retirement or deciding that they have better prospects running for higher office in 2018 than a spot in GOP leadership.

Meanwhile, Rep. Ileana Ros-Lehtinen (R-Fla.), a former Foreign Affairs Committee chairwoman and the first Latina elected to Congress, and Rep. Lynn Jenkins (R-Kan.), who formerly served in leadership as GOP conference vice chairwoman, both are retiring at the end of this Congress.

In interviews with The Hill, some female GOP lawmakers and their aides suggested that subtle sexism in the male-dominated House Republican Conference has blocked talented, experienced women from climbing the leadership ladder. Women comprise just 21 of the 238 Republicans in the House, or less than 10 percent.

Steve Phillips wrote a compelling piece in The Nation calling on Democrats to unite behind the candidacy of Stacey Abrams for governor of Georgia to elect the first black woman governor in our nation's history:

The coming days and weeks will show if progressives across the country know how to be smart and strategic. What could be the possible point of urging other Democrats into the race other than to block Abrams’s path (resulting in the squandering of precious resources)? Why not encourage Yates to run for state attorney general, the logical post for someone who stood up to Donald Trump as acting attorney general and incurred the White House’s wrath as a result? Why not encourage Evans to run for lieutenant governor?

It is rare when the stars line up as they have for Abrams’s campaign in Georgia, and the moment of truth will be whether the state and national Democratic power players can see the light. Will Emily’s List, the Democratic Governors Association, the Democratic National Committee, and progressive activist groups embrace this dark-skinned black woman the way they have other progressive candidates? Will progressive donors step up and make massive, multimillion-dollar investments in inspiring and organizing the 1.3 million voters of color who have not previously been motivated to participate in Georgia elections?

There is a reason we have never had a female black Democratic governor in this country. There’s always an excuse or justification for “not this one,” or “she has this fault,” etc. But at the end of that long line of excuses lies the embarrassing reality that this nation has never, ever, elevated a black woman to the governor’s mansion. It’s time to close that shameful chapter of American history and seize this strategic moment before us in Georgia.


The calendar is filling up with interesting events - here are a few that caught my eye:

There was a fascinating piece in Salon that Erin Vilardi just shared with me from 2013 about John Marshall's push to require his state to have gender quotas in the state legislature - I plan to investigate if he has continued his call for equity - have any of you seen news of this?

Interestingly, in addition to his embrace of gender equality, Marshall also seems to be championing gender quotas from the unexpected point of view of enhancing states’ rights, a traditionally conservative viewpoint. “The states were originally set up to be laboratories in the experiment of democracy. We can do all kinds of things. Why not be an experiment in that case and further the ideals that were set at the founding of the nation in helping democracy grow and prosper,” Marshall said.

Despite comprising more than half of the American electorate, women still lag behind men significantly when it comes to elected representation. Women make up 28 percent of both houses of the Montana Legislature and a dismal 18.3 percent of all seats in the 113th U.S. Congress. Worldwide, women still only account for 20.4 percent of the members of parliaments. Though the 2012 election brought a record number of 20 women into the U.S. Senate, the rate of progress in women’s representation is still staggeringly slow. That’s part of why John Marshall’s proposal seems so appealing.

Have a great weekend all!
Cynthia