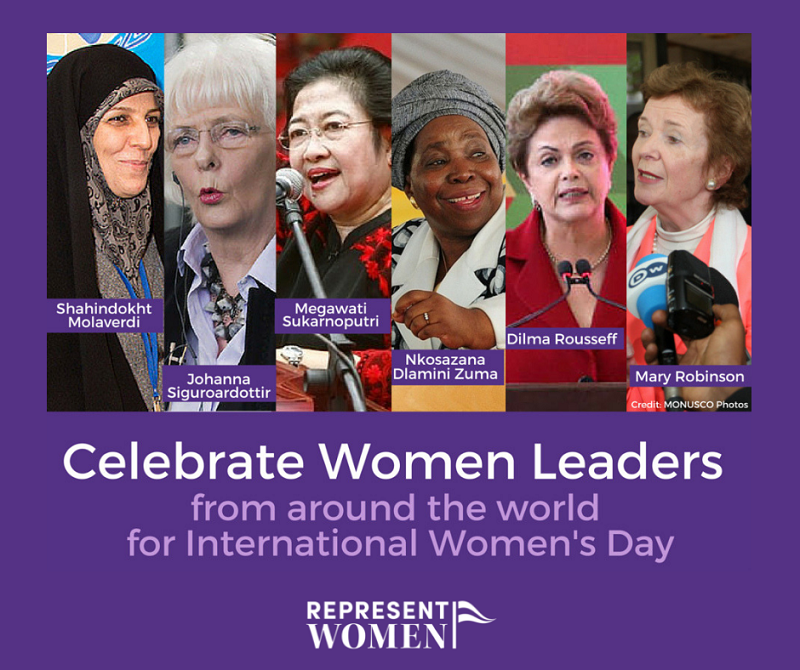 Friends,
Happy International Women's Day! I confess to having not memorized the history behind March 8th and tend to shy away from focusing too much on celebrating women on just one day but I did find this great site when I went to find out more. Here is an excerpt: The day has occurred for well over a century, with the first IWD gathering in 1911.

The day is not country, group or organization specific - and belongs to all groups collectively everywhere.

Gloria Steinem, world-renowned feminist, journalist and activist once explained "The story of women's struggle for equality belongs to no single feminist nor to any one organization but to the collective efforts of all who care about human rights."

So make International Women's Day your day and do what you can to truly make a positive difference for women.

What is International Women's Day?

International Women's Day (March 8) is a global day celebrating the social, economic, cultural and political achievements of women. The day also marks a call to action for accelerating gender parity.

No one government, NGO, charity, corporation, academic institution, women's network or media hub is solely responsible for International Women's Day. Many organizations declare an annual IWD theme that supports their specific agenda or cause, and some of these are adopted more widely with relevance than others. International Women's Day is a collective day of global celebration and a call for gender parity.

Internationally, purple is a colour for symbolising women. Historically the combination of purple, green and white to symbolise women's equality originated from the Women's Social and Political Union in the UK in 1908. Purple signifies justice and dignity. Green symbolises hope. White represents purity, but is no longer used due to 'purity' being a controversial concept. There was a nice article in The New York Times by Julia Jacobs about the the 4 new statues of women to be installed in New York City to correct what New York's first lady Chirlane McCray calls a "glaring" gender imbalance:

A world-renowned jazz singer. A public health champion. A teacher who helped desegregate New York’s public transit. And a lighthouse keeper who is credited with saving dozens of lives.

On Wednesday, the city announced that these four female historical figures would be honored with statues in New York. The announcement followed a monthslong process seeking to fix what New York’s first lady, Chirlane McCray, called a “glaring” gender imbalance in the city’s streets and parks.

Statues of the four women — Billie Holiday, Helen Rodríguez Trías, Elizabeth Jennings Graham and Katherine Walker — will be placed in the boroughs they once called home. Once the statues are installed, all five boroughs will have at least one public statue of a woman.

Only five female historical figures are depicted in statues in New York City in outdoor public spaces, according to She Built NYC, a city effort to expand representation of women in public art and monuments. All of those statues are in Manhattan, like the sculpture of Eleanor Roosevelt in Riverside Park and the bronze of Harriet Tubman in Harlem.

Ashanti Gholar, Courtney Hill, Corie Whalen, Rebecca Schuller, Rina Shah, Maureen Bunyan, and Sabrina Schaeffer gathered in the green room at the Seismic Shift gathering in January
The terrific team at Pantsuit Politics have released the podcast for the terrific event that Swanee Hunt organized in earlier this year in Washington, DC:
The Seismic Shift content is live both as highlights on our podcast feed and the full audio on our Patreon page. It was such a joy to listen back through in preparation for this release and be reminded again what smart, insightful, passionate women we had the privilege of meeting in January. Thank you all so much for being generous with your time and experience. Each of you added something valuable to this event and we're thrilled you were a part of it. We couldn't ask for a better group to be celebrating on International Women's Day!

Today I attended a terrific talk by Tina Cassidy author of the newly-released Mr President How Long Must We Wait? I bought myself a copy and hope you do too!
I've been profiling some of the millions of women who lead for #WomenLeadersMonth - feel encouraged to like/share on Twitter | Facebook | Instagram - many thanks!
Finally, I am leaving early in the morning for Nepal where I will spend two weeks meeting with democracy advocates from around the world! I then head to Nashville for the Unrig the System Summit - hope to see some of you there! I will try to share some photos the over next few weeks but promise to return with gusto in April!
With real affection,
Cynthia 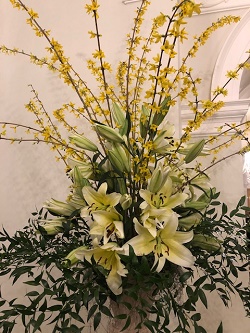