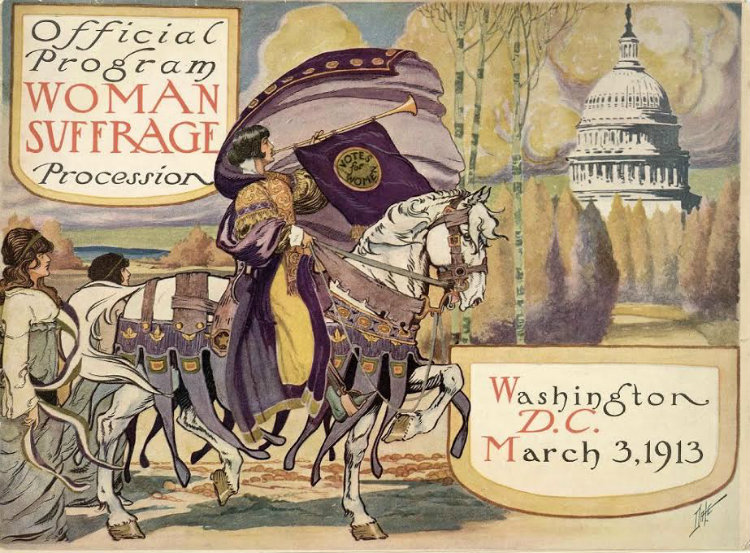 (poster for the massive suffrage parade on March 3rd, 1913)

I am starting off Women's History Month on vacation with my sister and mother-in law so this week's compilation will be brief so that I can get back to the many novels I brought to read!

1933, Frances Perkins became the first woman cabinet member when she assumed her position as Secretary of the Department of Labor. During her tenure Perkins established the minimum wage and the forty hour work week, crafted laws against child labor, and helped to implement the Social Security Act and unemployment benefits. Her striking portrait hangs prominently behind the desk of the current secretary of labor.

To understand the role of women voters on Super Tuesday read Kelly Dittmar's great piece for Presidential Gender Watch on the Center for American Women and Politics website.

Katha Pollitt's column today in The Nation Why We Need Women in Power calls for new strategies to elect women because "Left to its own devices, the system moves at a glacial pace: At the rate we are going we won't achieve parity until all the glaciers have melted."

JJ Abrams' decision to embrace quotas for women and people of color in many aspects of his film production company is explained in this piece from The Guardian - I hope that the use of quotas in the film industry will help Americans to understand their potential to solve problems of chronic under-representation in government.

The Alice Paul Institute and other leading women's organizations and feminists who have been pushing for adoption of the Equal Rights Amendment got a boost this week when filmmaker Kamala Lopez announced a new documentary Equal Means Equal.

My petition to the White House to name an airport after Eleanor Roosevelt (ERA) - failed to get the required 100,000 signatures in 30 days - stay tuned for new strategies to have at least one airport in the U.S. named after a woman by 2020!

The percentage of women in the Irish Parliament increased after last Friday's elections there - due in part to the use of a system of ranked choice voting called the single transferable vote. Read more about the other benefits of this system - that's used in Australia and Cambridge, MA - here.

A record number of women will join the Iranian Parliament according to this piece in The Guardian - only nine women serve currently.

March 8th is International Women's Day - UN Women has a list of many of the activities planned in over 40 countries!

Here's to faster progress toward parity!

P.S. I just read Jill Lepore's The Secret History of Wonder Woman which is a fascinating story of the evolution of feminism in the last century. 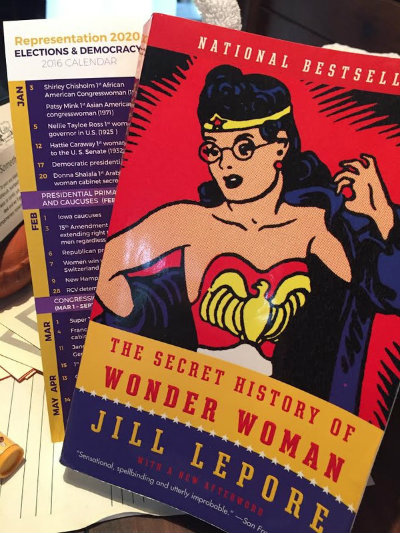