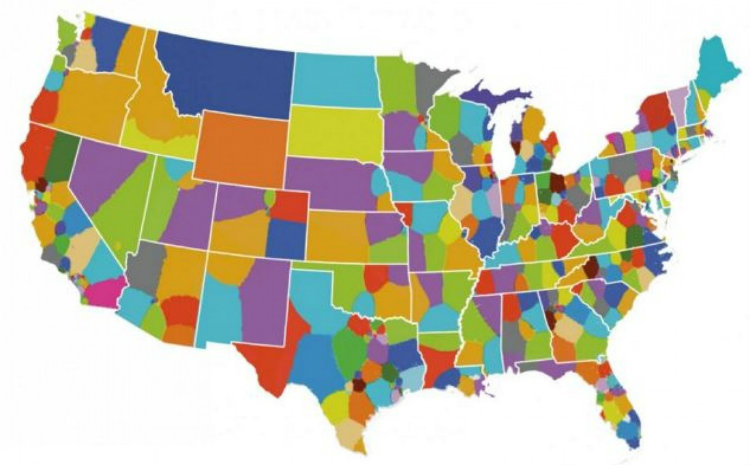 Several pieces caught my eye this week including a blog by Representation2020 intern Viviana Gonzalez on the history of using structural remedies like Title IX and the Civil Rights Act to address an unlevel playing field for women and girls. The success of these programs grounds my belief that structural reforms must be a component of our work for parity.

Pippa Norris, Professor of Government and International Relations at Harvard University and a leading expert on women's representation, had a terrific piece this week titled "American elections ranked worst among older democracies, here's why." Nearly all of the countries that rank above the United States on the Electoral Integrity Index use a system of proportional representation which has a number of benefits - including the election of far more women than the winner take all system used in the United States.

My husband, Rob Richie, has a piece in this Sunday's Washington Post titled Maryland Can't Act Alone to End Gerrymandering about innovative legislation being proposed to create an interstate compact that would solve the pernicious problem of gerrymandering which Pippa Norris argues is a major problem in U.S. elections.

This proposal includes multi-winner districts with ranked choice voting that would mitigate the influence of money on politics, provide communities with reflective partisan representation, and lead to the election of more women. Rob has another piece in The Nation titled This Is What Political Revolutions Really Look Like on the merits of ranked choice voting which liberates voters from the two-choice paradigm so frequent in American politics.

Women have taken over the city council in Seattle for the second time according to a great piece in Crosscut by Cambria Roth who discusses the impact of that first majority female council in the 1990s and explores the expectations for the current city council.

A new book by Diane O'Brien and Johanna Rickne titled Gender Quotas and Women's Political Leadership looks like an important read for those of us who want to see parity in our lifetimes. Here is a quote from the abstract "Our findings support the notion that quotas can have an acceleration effect on women's representation in leadership positions, particularly when they augment the pool of female candidates for these posts. These results help dispel the myth that quotas trade short-term gains in women's descriptive representation for long-term exclusion from political power."

This teaser  from the Irish Times hints at moves in Ireland to move toward gender parity by upping the quota from 30% to 40% - I'll look for more news on this. Get a fuller understanding of the recent Irish elections in this blog by Viviana Gonzalez.

Gender quotas will be implemented in Jamaica according to this article in the Jamaica Observer  "The move is part of Temporary Special Measures (TSMs) on the part of the Government to accelerate equality between men and women. It is in keeping with an action plan for gender equity and sustainable development in Jamaica, to be rolled out in the short term."

The goal of Pakistan's Fair Representation of Women Act "is to make sure that women are represented fairly in decision-making processes of the government, governmental bodies, public administration entities and within the judiciary. The main goal of the bill is to strike a gender balance and make sure that women have equal access to and full participation in power structures and to enhance women’s capacity to participate in decision-making." This legislation is currently pending but looks like a great model for efforts here in the United States.
Women outnumber men on Justin Trudeau's influential council of economic advisors - reports  CBCNews this week - more evidence of Trudeau's tremendous wisdom, leadership, and vision.

Rachel's Network  is hiring a President.