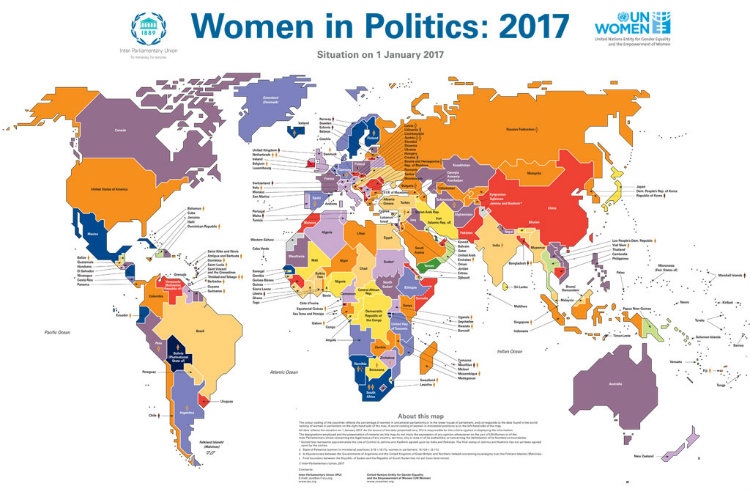 Representative Mimi Walters (R-CA) wrote a very compelling piece in Motto "What It Means to Be a Republican Woman in Congress" - she starts with my favorite theme du jour:

This year marks the 100th anniversary of the first woman being sworn into the U.S. House of Representatives. Jeannette Rankin, a Republican from Montana, was a powerful voice for women’s suffrage. After successfully securing voting rights for women in both Washington State and Montana, Rankin ran for Congress in her home state. She was sworn into the 65th Congress on April 2, 1917, three years before the 19th Amendment was ratified, giving women across the country the right to vote.

Upon her historic election, Rankin famously said: “I may be the first woman member of Congress, but I won’t be the last.” Rankin’s prophetic statement was proven true four years later when Alice Robertson, a Republican from Oklahoma, was sworn into Congress. These two pioneers forged the path for nearly 100 other Republican women who have been sworn into the U.S. House of Representatives. Today, 21 Republican women serve in the House, where we not only represent constituents in our home districts, but also serve as leaders in the Republican Party. Rep. Cathy McMorris Rodgers, who represents Eastern Washington State, serves as the House Republican Conference Chair. Rep. Virginia Foxx of North Carolina, Rep. Diane Black of Tennessee and Rep. Susan Brooks of Indiana chair congressional committees. All Republican women play an important role in advancing our agenda, but these four women play powerful roles in shaping the debate and influencing policy that will improve the lives of the American people.

Conservative UK MP, Trudy Harrison, writes a very thoughtful piece in Huffington Post UK about her election to Parliament and the importance of women's political representation:

Following International Women’s Day it is important we take pride in how far we have come but also to recognise that more needs to be done. Women’s life experiences are not better or worse than men’s, but they are different, and that needs to be represented in Parliament and across industry. The Conservative Party is leading the way in this - the UK now has the lowest gender pay gap on record as a result of our changes to flexible working, shared parental leave and improving childcare.  Starting a family shouldn’t be a bar from the workplace and we will continue to encourage women to rise to the top of whichever profession they choose.

Radio New Zealand ran a very interesting story on Cook Islands residents push for gender parity in parliament by 2030 - the conversation there is of course the same one that so many of us are having:

We were able to again bring women from the outer islands as well as the women here in Rarotonga. But we also included any leadership roles either in the civil society, in business sector, private sector and of course with increasing the women in parliament. And I think we did succeed in increasing the awareness of women and the importance of the voice of women in parliament as well as if they aspire to take up leadership roles in other areas of our society.

This piece from Vox by Sarah Kliff reminds us of the terrific research on the impact that women legislators have.

The Monkeys Fighting Robots blog has created a scorecard to tally the number of Women in Comics:


Yesterday was International Women’s Day, a fantastic day devoted to celebrating and highlighting women around the world. IWD is a great time to pick up new comic books created by and/or about women. It is also an important time to reflect on the contributions of women to this industry, and the continued obstacles they face. Publishing companies must be held responsible for what they produce. As customers, we must be responsible in what we buy. In service of that, here is was the state of women’s representation in comics for 2016. Spoiler alert: it wasn’t great.

The Colorado Statesman reports that democrats in Colorado have elected a woman to chair the state party - Morgan Carroll joins the ranks of state party chairs from both major parties who are women - next step is to challenge these party chairs to set targets for the number of female candidates they recruit to run for office.

SXSW was a whirl of people and panels and events! While I did not get to nearly enough of the sessions I am happy to report that my own panel on women's representation with Wendy Davis and Abby Livingston went well! There were a number of positive stories - including this one from the Austin Chronicle:

Terrell dissected the wreckage of the 2016 election, saying it was a hit for women seeking office all down the ticket. “I think there was the assumption that with [Clinton’s] win, there would be an increase of women in Congress and state legislatures,” said Terrell. “But that really didn’t happen either, which is maybe as tragic for women’s representation as the loss of the highest office in the land.” She put forth a handful of solutions, all centered around reforming the systemic inequalities that impede women, including changing some voting systems to ranked-choice voting (like in Maine); offering paid maternity leave; on-site child care, and other work/life balance institutional changes, so women no longer have to “risk their career” to be mothers or caretakers

Finally, a few of us are speaking next week in New York City! If you are in town I hope you will join us!

​Have a great weekend,
Cynthia