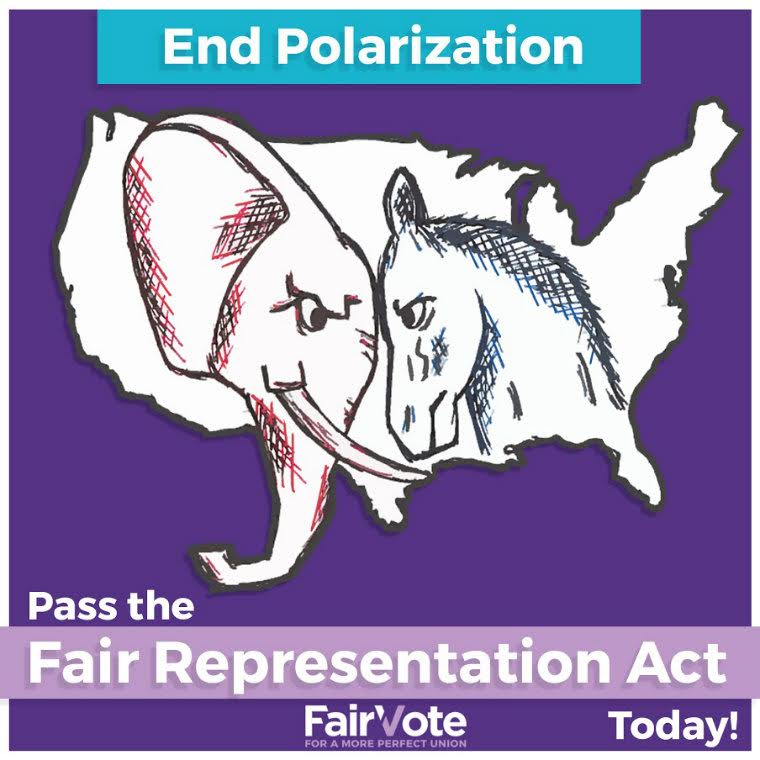 I cannot emphasize enough the impact the Fair Representation Act will have on the election of female candidates to the House of Representatives by creating more open seats and giving voters the power to elect candidates of choice.

Please help build momentum for this important legislation by signing the petition, contacting your Representative to ask that they sign on to H.R. 3057, and sharing information about the #FairRepAct on your social media platforms. FairVote's social media guide has some suggested posts and graphics!

​
One dear friend of mine has already started writing postcards to Congress - I hope that you will do the same.

​
There was a story in Politico this week about Christine Radogno, the Illinois GOP state senate leader. Long considered among the few leaders who could work toward compromise, Radogno was pushed aside this week:

Amid an epic budget stalemate in Illinois, GOP state Senate leader Christine Radogno has announced her resignation, effective Saturday, a signal that the interminable impasse will not soon come to a close.
"I did my best, that's all I could do," Radogno said. "It has been a privilege to serve. But now I am looking forward to returning to private life and spending time with my family, especially my five grandchildren."
Radogno was the co-architect, along with state Senate Democrat John Cullerton of the now-defunct, so-called 'grand bargain,' which was a major compromise effort to end the state's budget crisis.
In a resignation address before reporters in Springfield on Thursday, Radogno said it was her hope that the grand bargain would pass out of the state Senate. It failed after GOP Gov. Bruce Rauner put the brakes on the legislative package, saying it didn't go far enough.

Many, many women of all races, ages, and beliefs helped to birth this nation - I cannot do justice to their legacy. It's up to us to be the generation that our daughters and their daughters look back to with pride and admiration for making equality a reality.