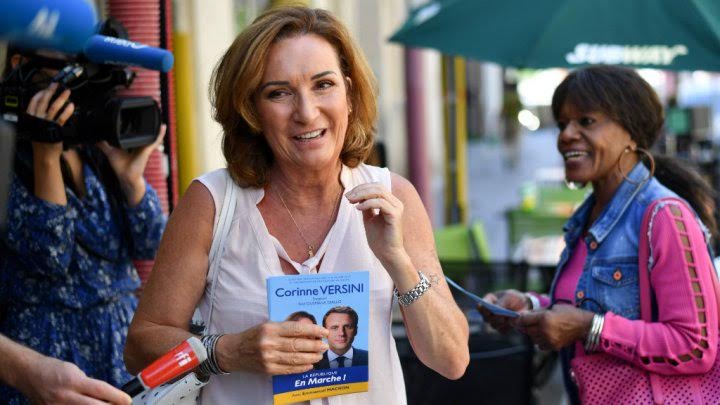 In this race, as Le Monde illustrated in a report earlier this month, France’s political parties again tended to invest male hopefuls in the electoral districts most “winnable” for their given faction -- but not in the same proportion across all parties. The French daily found that the conservative Les Républicains (LR)– which has a history of conceding millions of euros in financial penalties for not investing a 50-50 roster of male and female candidates in elections -- had invested only 16 women in its 50 most winnable districts, compared to 22 out of 50 for Macron’s La République en marche (LREM).

Macron’s extraordinary surge -- and the projected loss of dozens of seats for the conservatives -- is clearly a factor in the potential for greater parity after next Sunday’s final vote. Indeed, only 39 percent of the candidates LR invested in this legislative race were women, compared to 51 percent for Macron’s LREM. The president’s fledgling party had made a point of highlighting that its nominations were not only split evenly between men and women candidates but that its female contingent was being put forward in its fair share of “favourable” districts.

“The strong score registered by women in the first round is due to the groundswell for La République en marche candidates. The evidence is that 78 percent of the women who finished first in their district were running under the president’s [party] banner,” Mariette Sineau, a French researcher at the CEVIPOF, told FRANCE 24’s Aude Mazoué. “Political landslides always benefit outsiders, which include women. The unknown or inexperienced candidates invested in districts that are reputedly difficult to win were carried away with the magnitude of the wave nationally.”

Sineau argues that two recent laws have also been favourable to a more feminine National Assembly. One is legislation that doubles the financial penalties for parties derelict in naming women candidates. Another is the law forbidding parliamentarians from holding a concurrent elected office in a local executive, which took effect for the first time on Sunday. Many incumbents decided not to run as a result, in favour of, for example, keeping their mayor’s office instead. “The men – often in the situation of accumulating [multiple elected offices] -- thereby had to drop their National Assembly lawmaker mandate, which created a vacuum and benefitted the young and women,” the specialist Sineau said.

Speaking of quotas, L'Oreal India has received EDGE's gender equality certification for the second year in a row according to this piece in Global Cosmetic News - this pragmatic and deliberate approach has a lot of merit:

Having reached a 50:50 male-to-female balance across the workforce at its corporate office, the company’s next goal is to balance its leadership, where women currently account for 33 percent – the French beauty giant has set 2020 as the goal to reach gender parity.

Women candidates in the Virginia primary election this week were quite successful - thanks in no small part to the organizing genius of Emerge Virginia - congratulations on their many wins!
Represenation2020's Gender Parity Index has been getting great coverage from state and local papers reporting on their state grades and systems reforms to increase the number of women elected. Here are some of the media hits we've gotten in the last few days:

I assume many of you say the long Politico piece this week that asks the question What Will it Take for Women to Win. I found it profoundly lacking in an appreciation of the liabilities of current strategies and the models for structural reforms that are surging outside our borders. It's too late on a Friday for a thoughtful critique but suffice it to say that to move forward we must think beyond changing and preparing individual women and embrace new strategies that are fueling the increase of women in office here and abroad.

And don;t forget to join us on June 26th as we celebrate the introduction of the Fair Representation Act in Congress which will speed the election of women to the House! I'll attach the invite again along with the bill and background info! Get ready to start lobbying your member of Congress to sign on!