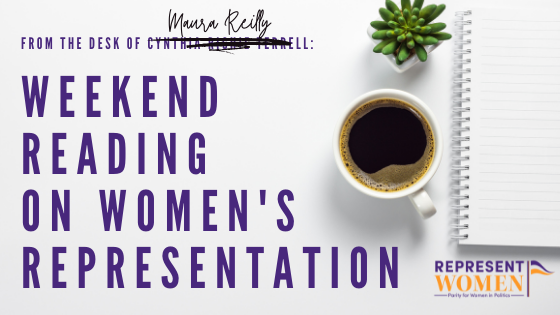 With the onset of the 2021 (or possibly the 2020) Olympic games, I’m honestly not sure which, there is a plethora of stories coming out about the athletes, the competitions and the winners. All  of which we can learn from and apply to all walks of life. 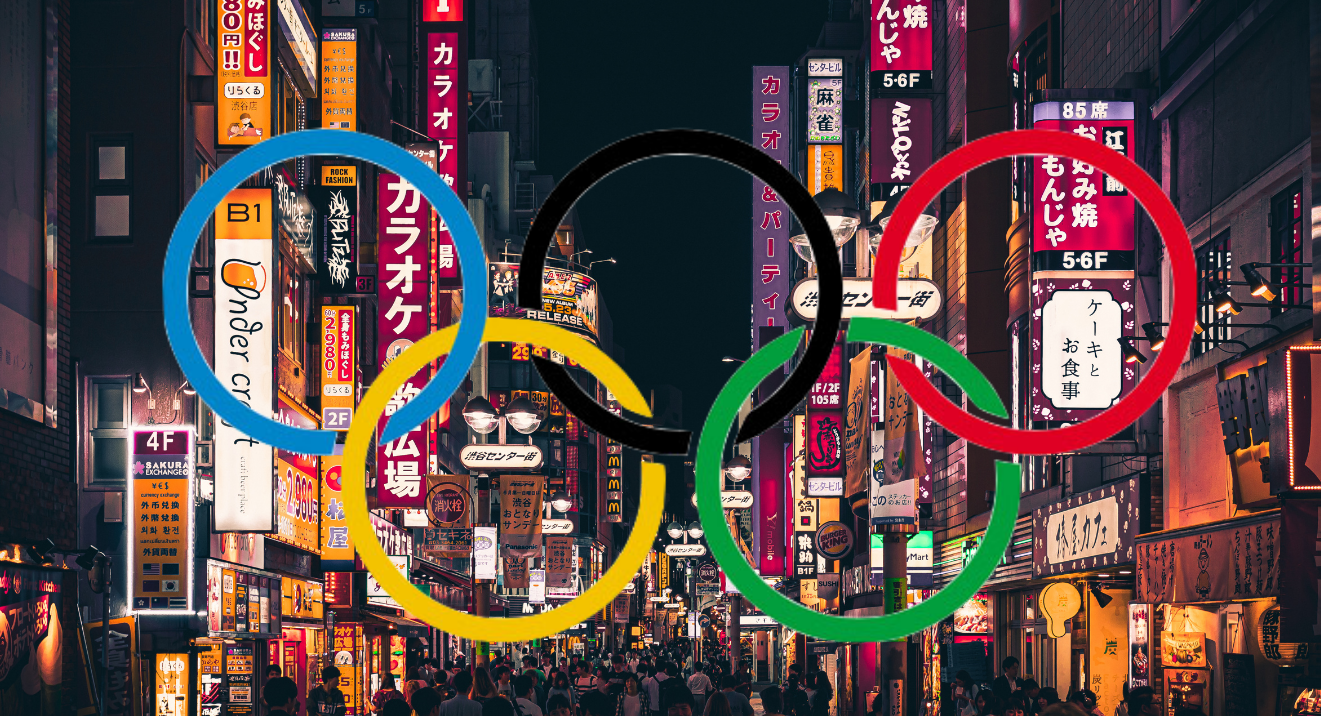 The Tokyo games are the first modern Olympic games to close in on gender parity among the athletes. This historic milestone is certainly a step in the right direction but Talya Minsberg’s reporting for the New York Times illustrates why parity alone does not guarantee gender equality or equity.

“Of the nearly 11,000 athletes arriving in Tokyo, almost 49 percent will be women, according to the International Olympic Committee, up from 45.6 percent at the 2016 Rio de Janeiro Games and 44.2 percent at the 2012 London Olympics. (The I.O.C. does not have data on the number of nonbinary athletes at these Games.)

Many countries credit the strides to broad policy changes, increased funding and promotion of female athletes in mainstream media. But for other nations, equality is far off: Men enjoy far more funding, news coverage and opportunities than their female counterparts.

Even as gains are made on the field of play, the makeup of the overwhelmingly male I.O.C. remains behind. Women make up 33.3 percent of its executive board, and 37.5 percent of committee members are female.”

Women Olympians are harnessing the spotlight to bring awareness and show support to social and political movements happening at home and abroad. From Black Lives Matter to the #MeToo movement, women athletes are taking advantage of the new IOC rule allowing for demonstrations prior to the start of events to show their support for causes.

“When it comes to political and social demonstrations during the Tokyo Olympics, 2021 is the year of women.

Female athletes have attracted the spotlight on the international stage by championing racial equality and taking ownership of what they wear during competitions.

"Historically, we've seen the role of patriarchy sort of supersede ... the voices, lived experiences of girls and women on the Olympic stage," said Akilah Carter-Francique, executive director of the Institute for the Study of Sport, Society and Social Change at San Jose State University.

"What we're seeing now is an acknowledgment of their value in their perspective on many of the issues that are taking place," she said.” 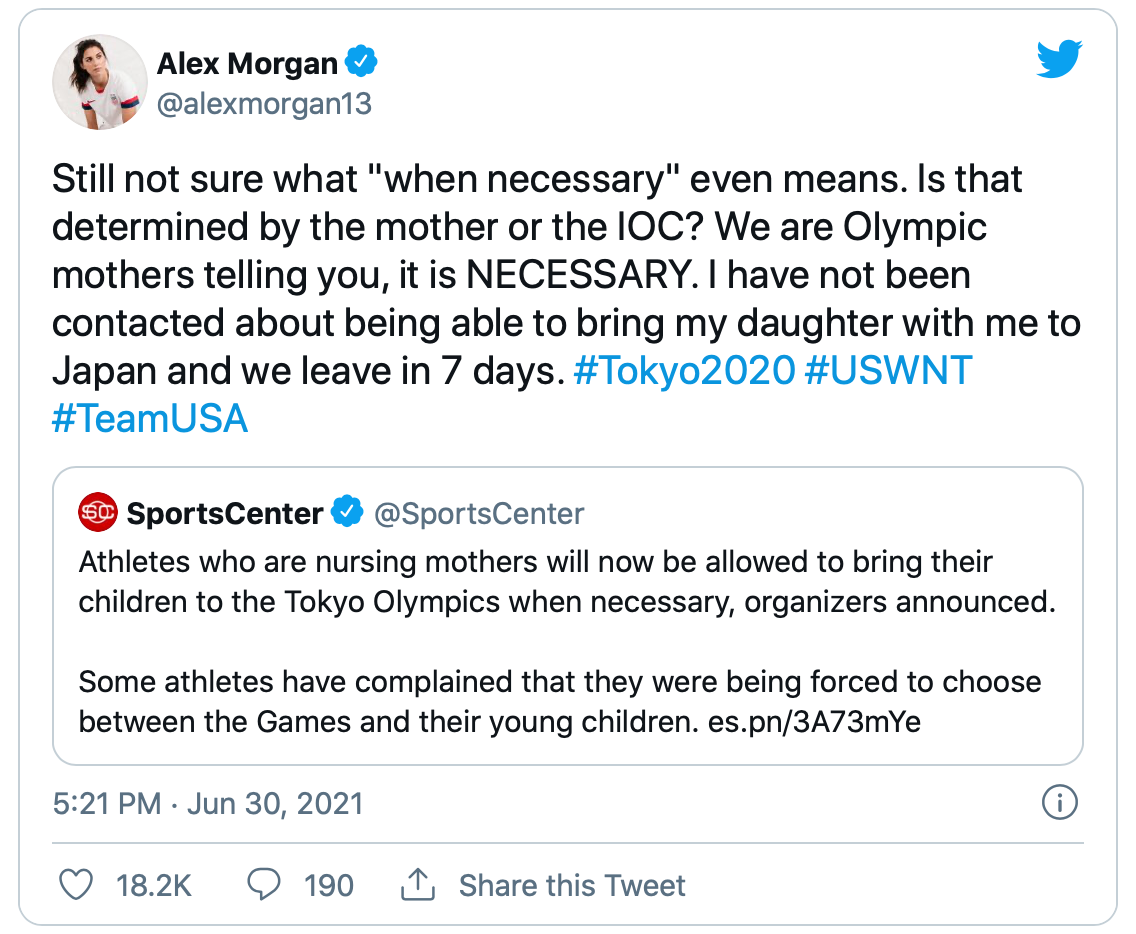 Like working mothers everywhere, Olympic and Paralympic mothers face more challenges, barriers and hurdles than other athletes and this year they are calling it out. Along with bringing light to the unique challenges they face at the Olympic games and in sports in general their calls for equality and inclusion also brings awareness to the continued lack of care infrastructure in the U.S. Leila Fadel of NPR reports …

“Allyson Felix is at the forefront of this fight for equity. She's won more Olympic medals than any other woman in track and field history. This is her fifth Olympic Games.

But when Felix became a mom in 2018, Nike tried to significantly cut her pay, sending the message that she was somehow less valuable. In the New York Times she announced she was cutting ties with the brand. And after public outcry and a congressional inquiry Nike announced a new maternity policy.

Now she's trying to change the game for other women athletes in the U.S. She and her sponsor, Gap-owned Athleta paired up with The Women's Sports Foundation to dole out $200,000 in grants to pay for childcare for moms who are professional athletes.” 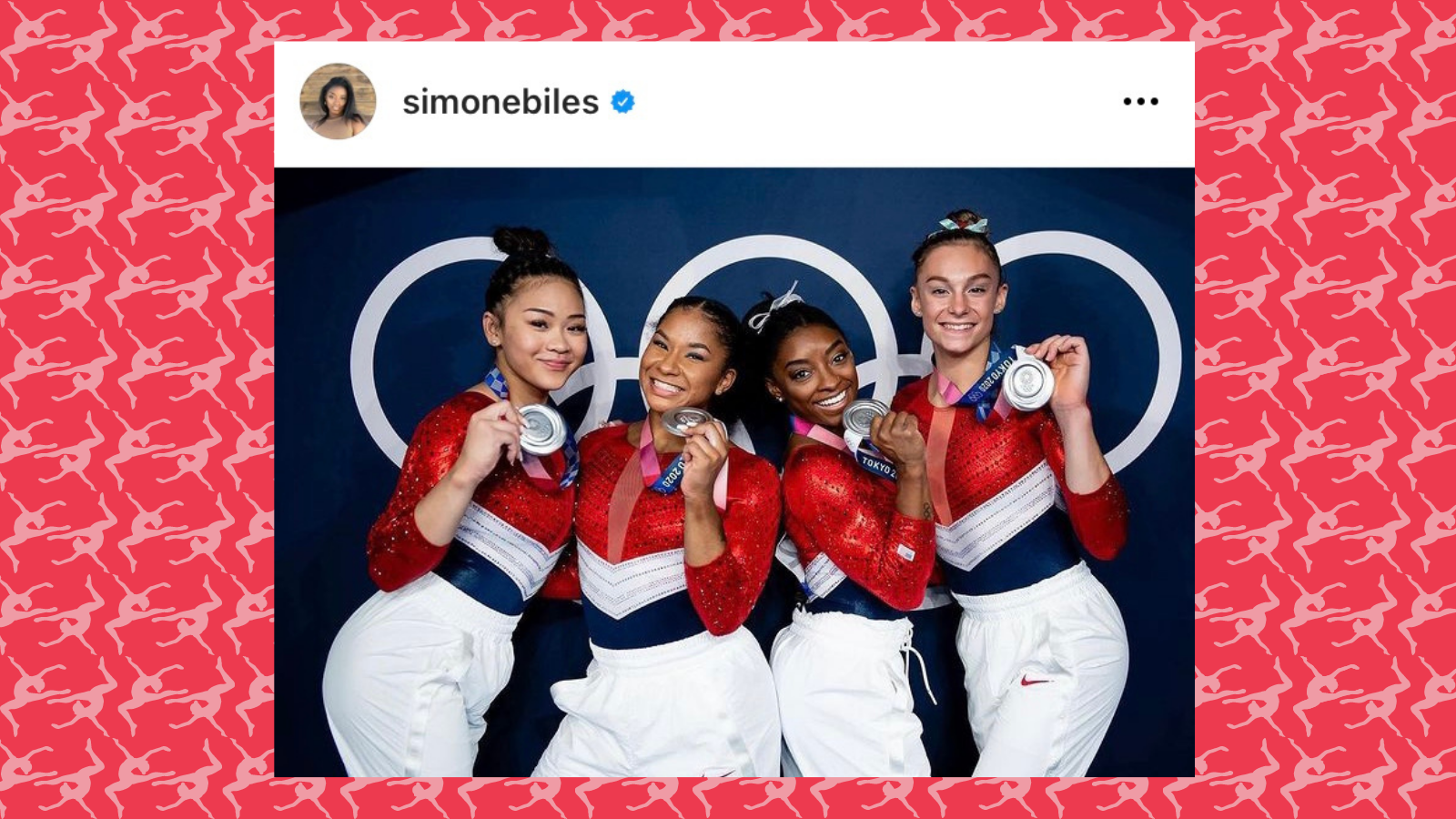 In perhaps the most reported story coming out of Tokyo this week, gymnast Simone Biles once again showed us why we look up to her when she prioritized her mental health by pulling out of the team and individual all-around finals. Team USA went on to win silver with Biles remaining on the floor to cheer on her teammates. Simone Biles' decision follows in the footsteps of other women athletes, like Naomi Osaka, who are calling attention to the importance of mental health pushing the conversation forward both in and out of the sportsworld. Jean Lee from The 19th reports …

“Simone Biles, the most decorated gymnast of all time, withdrew on Tuesday from the women’s team competition at the Tokyo Olympics, citing a medical issue. “She will be assessed daily to determine medical clearance for future competitions,” USA Gymnastics said on Twitter.

Biles has also shouldered additional social responsibility — and pressure —  by using her platform to speak out about the legacy of abuse in her sport. Former team doctor Larry Nassar pled guilty in November 2017 to sexual assault; for years, USA gymnastics looked the other way as he molested athletes, including Biles and her teammates.

“I’m going to go out there and represent the USA, represent [training facility] World Champions Centre, and represent Black and Brown girls over the world,” Biles told The New York Times last week. “At the end of the day, I’m not representing USA Gymnastics.”

So what can the political world and really everyone learn from our Olympic heroes, basically everything but mostly,

If you are looking for more feminist reads, check out RepresentWomen’s must read list for this week. 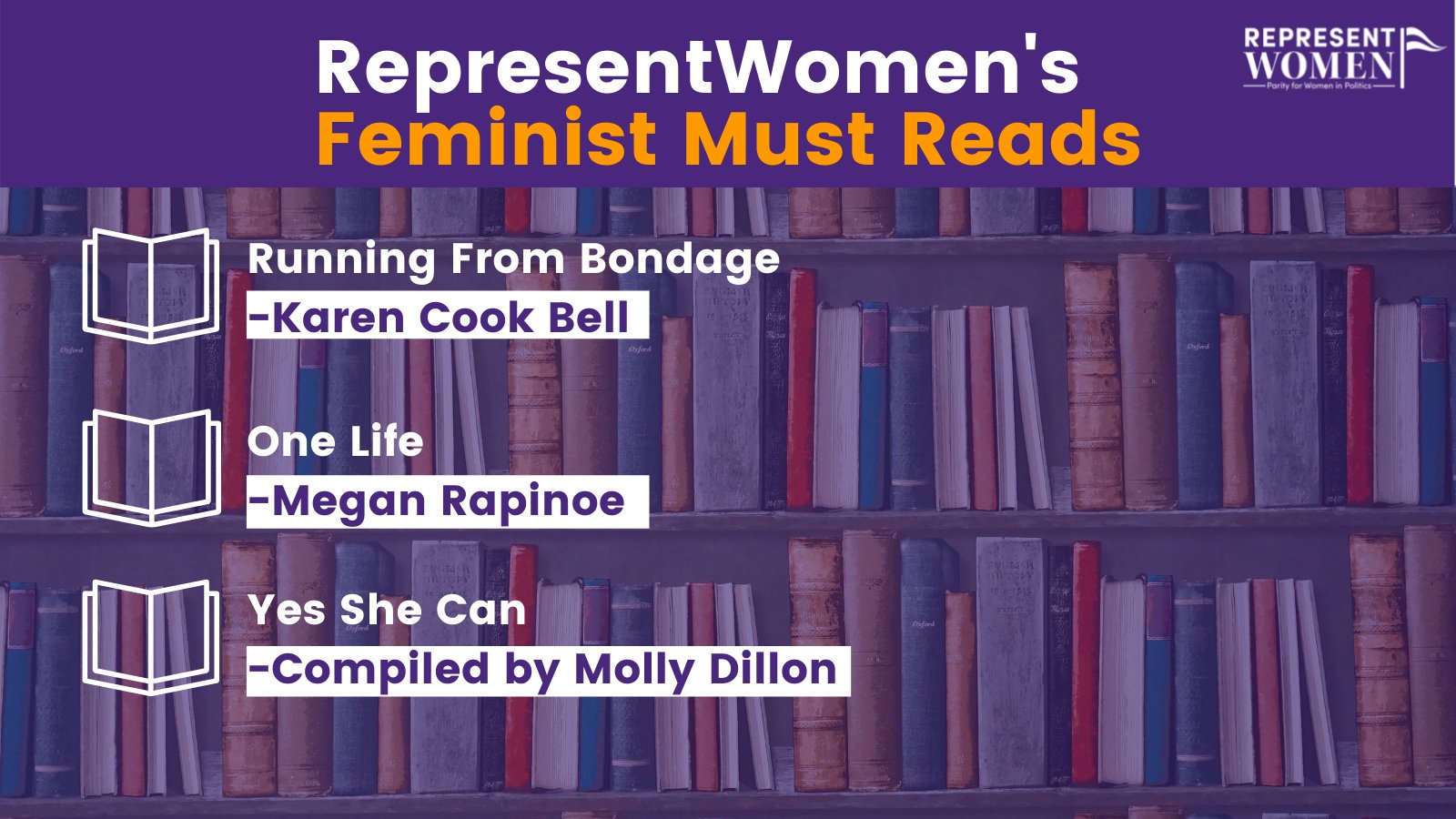