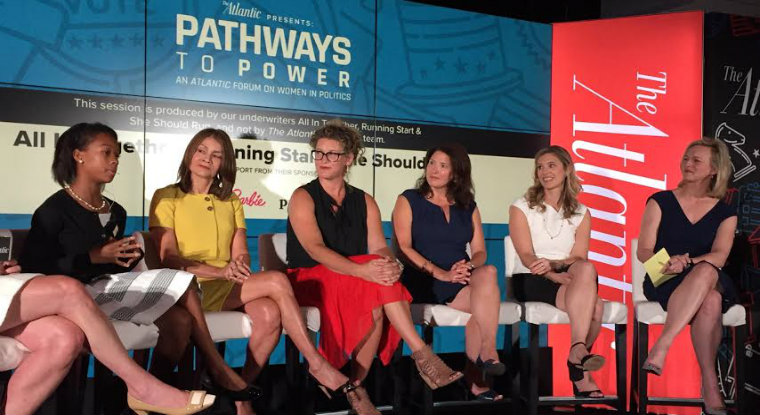 What a couple weeks it has been! I wish I had time to report on all of the great events and progress at both of the conventions but I am rushing out of the office to hop on yet another flight! Many thanks for all of the fabulous receptions, events, panels, and meetings that you helped to organize or support from afar.

You need no reminder from me that this last week was particularly momentous with the nomination of Hilary Rodham Clinton as the first major-party presidential candidate. This week was also the 97th anniversary of Arkansas ratifying suffrage - what symmetry!

This image speaks for itself: 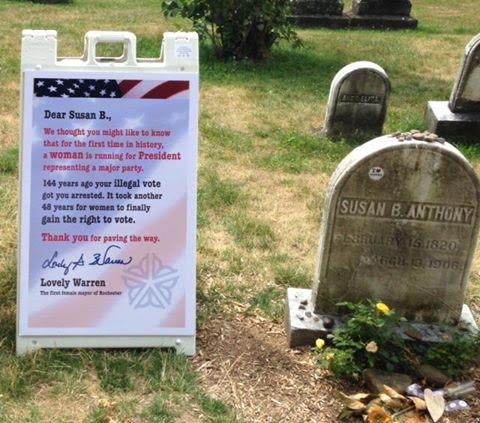 Judith Warner wrote this excellent piece How Cracked Is That Glass Ceiling, Really? that reflects many of my own thoughts this week - here is an excerpt that speaks to the growing support for institutional change:

There are, however, some alternatives to our current election systems that could show promise in the United States. Ten American states currently use a system of multiwinner districts to elect representatives to at least one house of their state legislature. This system has proven, both here and abroad, to be more favorable to outsiders than single-winner races, like those for Congress, in which incumbents are greatly advantaged. More states could do the same.

In the interest of diversifying their candidate pools, some states have also experimented with ranked-choice voting, a system that permits voters to select more than one candidate in ranked order, then eliminates the biggest loser and transfers that candidate’s votes to their voters’ second-choice candidates. This system, which also has a track record of increasing the electoral chances of outsiders, has been adopted by San Francisco and Oakland, and is credited with having helped bring Minneapolis Mayor Betsy Hodges to office in 2013. Hodges and others argue that ranked-choice voting reduces the often brutal incivility of campaigning—a particular turnoff for potential female candidates—as rivals are loath to alienate voters who might pick them as a second choice.

Susannah Wellford and I co-wrote a piece for the Philadelphia Inquirer on the history of gender quotas for RNC and DNC leadership. 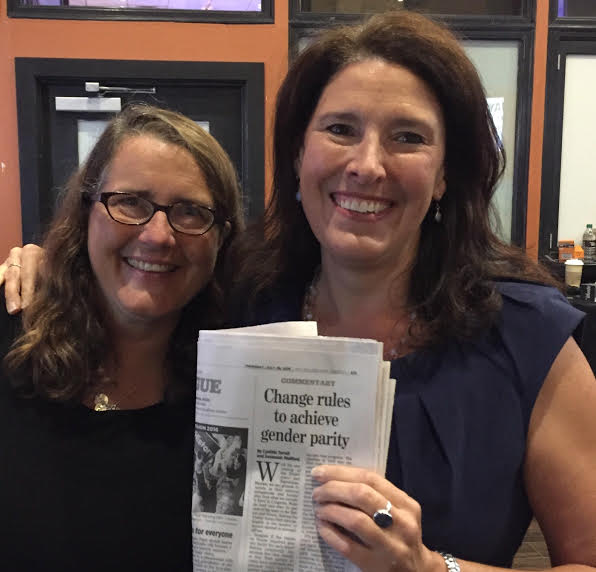 And this piece by Sarah Kliff is also worth reading The Research is Clear: Electing More Women Changes How Government Works.

As Hillary Clinton claims her Democratic party nomination in Philadelphia this week, there is hard work going on at the grassroots level to make sure the pipeline of women in politics is being fed with new talent. Over the 2016 summer, Emerge Maryland will hold 5 of these sessions to entice women to jump into the political arena. Celebrating its fifth anniversary, the organization is doubling down on its mission to train Democratic women to run for office.
Maryland was once a leader in political gender equality, with half of the House and Senate seats held by women. But at the end of this year, the state will have no Democratic women in its 10-person congressional delegation when Senator Barbara Mikulski retires and Congresswoman Donna Edwards step down.

Every week there are several stories that illustrate how rules and systems have a positive impact on the election of women internationally - here is one such story that caught my attention.

PBS' To The Contrary has a great lineup this week!

I look forward to continuing to work with each of you to harness the energy swirling around to win gender parity in OUR lifetimes - and crack all remaining ceilings!

PS I bet many of you have already watched this inspirational video!