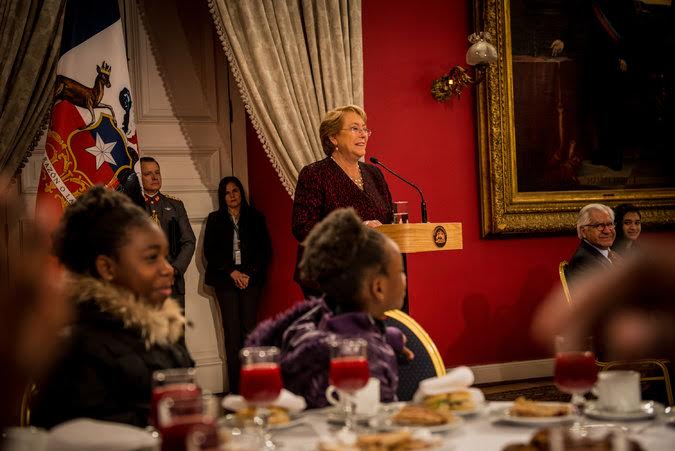 This week's missive will be short because I am on a work/vacation road trip speaking and organizing in New Hampshire, Maine, and Massachusetts! I will be attending the National Conference of State Legislatures meeting in Boston - please let me know if any of you are also attending and would like to rendez-vous!

There were two especially interesting articles in The New York Times this week:

No one relished the milestone more than President Michelle Bachelet of Chile.

For a few years, she and two other female leaders presided over much of South America, representing more than half of the continent’s population.

Their presidencies — in Argentina, Brazil and Chile — made the region an exemplar of the global push for a more equitable footing for women in politics. And their moment came long before the United States, often regarded as less sexist than Latin America, even came close to electing a female president.

But now, with one of her counterparts impeached and the other fighting corruption charges, Ms. Bachelet finds herself in an unsettling position: the last female head of government standing in the Americas.

And in a few months, she will be gone, too.

After Ms. Bachelet’s term ends next year, none of the countries in North or South America are expected to have female presidents, a notable turnaround in a part of the world where, until recently, women have been elected to lead influential democracies.

Women are 50.3 percent of current law school graduates, yet they still make up just under 35 percent of lawyers at law firms, the report found. Most important, their share of equity partnerships — where the highest compensation and leadership positions are lodged — remains at 20 percent and has not changed in recent years, the report found.

“It’s a bleak picture, with a few bright spots,” said Anne Urda, the Law360 editor in chief, who helped oversee the report. The overall number of female lawyers at firms was up about 1 percentage point over last year, but only nine of the 300 firms surveyed had a lawyer work force that was 50 percent or more female.

As female lawyers largely remain boxed into the lower-ranking and lesser-paying jobs, the report noted a rise in gender bias lawsuits against law firms, which “likely will push law firms to reflect on their efforts to move the needle on gender parity.”