Our commitment to Title IX is about more than winning trophies. Girls who play sports are more likely to graduate high school and earn a college degree. The correlation between athletic participation and career success is hard to deny: 94 percent of women in C-suite positions played sports.

In more ways than one, the players on the U.S. Women’s National Team are carrying a torch passed by generations of trailblazing athletes and activists. When they visit D.C. and stand in the halls of Congress, they will serve testament both to the success of Title IX, and to the unfinished road to gender equality.

Much like winning World Cup titles, advancing justice takes hard work and persistence. Title IX was a big step towards advancing gender equality in our country. The thunderous chants of “Equal Pay!” after the U.S. World Cup victory signal that our next one is overdue.

Lizzie Bjork wrote a great piece on Republican Women in Congress for The Yale Politic:

Republicans are also less likely to recognize gender disparity within political representation, with just 33% of the Republican respondents in a Pew Research Center study saying that there are too few women in elected office (compared to 79% of Democratic respondents). To understate the issue, the Republican party has not embraced identity politics as a means of broadening its voter base. A number of us attended Ann last night at the Arena Stage in Washington, DC hosted by the amazing Susannah Wellford and the team at Running Start - Jayne Atkinson captures the spirit of Ann Richards in a dazzling performance - hope you can see it while it's in town! The Fair Representation Act was reintroduced in the House this week by Rep Don Beyer, Rep Raskin, Rep Ro Khanna, Rep Cooper, and Rep McGovern - ironically, no women have signed on to this legislation that is likely to increase the number of women elected to the House by 40% - perhaps you can help rectify that imbalance?
Here's a piece on the #FRA from the Augusta Free Press:

Rep. Don Beyer (D-VA) and a group of House Democrats today introduced the Fair Representation Act, an election reform bill to change the way U.S. Representatives are elected. The bill, which includes a provision requiring that all Congressional districts be drawn by independent commissions to prevent gerrymandering, came soon after the Supreme Court’s decision in Rucho v. Common Cause, which upheld political gerrymandering.

“The Supreme Court’s decision to uphold political gerrymandering is the latest in a series of terrible setbacks for our democracy, and our legislation would help put the country back on the right track,” said Rep. Beyer. “At a time when Americans have waning faith in institutions and political leadership, the Fair Representation Act would help restore the trust which so many have lost in our political system. This bill would ensure that every voter has their voice represented in Congress, and make real progress towards bipartisan focus on getting results for the American people.” 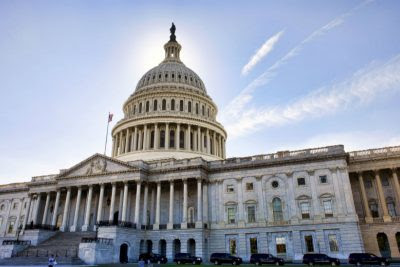 “American democracy needs a new engine, which is embodied in this legislation,“ said Rep. Raskin. “I’m proud to cosponsor the Fair Representation Act to make our elections more positive and our government more representative. Let’s open up American politics to new voices, new choices and representation for all.”

“Reforming Congress will empower citizens to reclaim our democracy,” said Rep. Khanna. “The Fair Representation Act would help increase representation for communities left out of our political system and open up the two-party system to much-needed choice for voters. I thank Representative Beyer for his courage in reintroducing such a bold solution to reform American elections.”

The Fair Representation Act would move US House elections nto multi-member districts drawn by independent redistricting commissions and elected through ranked choice voting. Taken together, these three measures would incentivize congressional candidates to appeal to a broader range of voters.

“Partisan politics and gerrymandering have taken over our elections and helped create the gridlock we’re seeing in Congress,” Rep. Cooper said. “This bill will allow the voices of more Americans to be heard.”

“Our democracy is in serious jeopardy. Right now, we have a system in many states where our representatives are picking the people who vote for them instead of the other way around. If that weren’t bad enough, last month the Supreme Court further undermined faith in our government by upholding this awful practice,” said Rep. McGovern. “I’m proud to join with Representative Beyer to introduce this critical bill, and I’m grateful for his leadership to ensure that every voice is heard and every vote matters.”

“Congress must fix partisan gerrymandering, yet can’t stop with independent commissions. We must replace winner-take-all elections with the Fair Representation Act to represent the millions of voters who, defying partisan stereotypes, could bridge our seemingly unbridgeable political divides. Ensuring every voter matters in every election is the best way to reverse what has become quite literally a death spiral for our constitutional order,” said Rob Richie, President and CEO of FairVote.

“Despite gains for women in the 2018 midterm elections, women remain under-represented at every level of government. I support the Fair Representation Act because it will help to elect significantly more women to Congress by opening up the political process so that more women can run and win,” said Eleanor Smeal, president of the Feminist Majority Foundation.

“No single reform would create more opportunities for women and people of color from across the spectrum to compete in fair elections,” said Cynthia Richie Terrell, founder of RepresentWomen. “It is central to our vision of how we achieve parity for women in congressional elections.” I hope that you will register for the Seneca Falls Revisited conference in Saratoga Springs, NY to join an intersectional and inclusive and important conversation about the future of women's equality in the United States - your voice is needed as we evaluate strategies to advance women's representation and leadership in 2020 and beyond!
Cynthia
P.S. And for your weekend reading pleasure, please, please visit the RepresentWomen page on Medium that is chock full of great articles about Theresa May, and Pantsuit Politics, and The Democratic Debates, and Gender Categories for the Emmys and please give us a clap or two!!
And happy #InternDay from our office to yours!