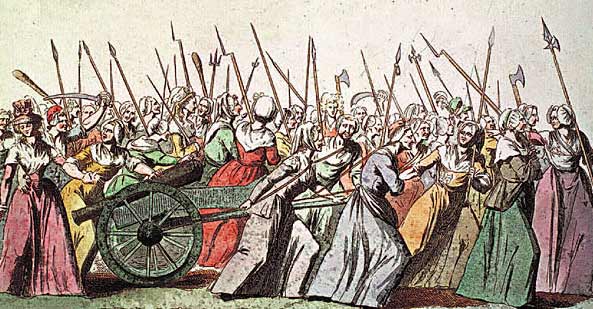 There was a fascinating story from Malta Today about the proposal there to use separate ballots to triple the number of female MPs - a great example of party leaders engaging with the challenge of how to increase women's representation meaningfully. Malta and Ireland share the distinction of being the two countries in the world that use the single transferable vote (STV) to elect their national legislature - gender quotas are a natural complement to this ranked voting system - STV is used in Cambridge, MA as well.

Aaron Farrugia suggested that, as a stopgap measure, women candidates should be able to contest on two separate ballot sheets – the current district-based sheet and a new national sheet specifically for women candidates. From this latter list, ten women candidates will be elected to Parliament, based both on their individual votes obtained and as a proportional representation of the parties’ shares of votes in the election.

They will be elected over and above the 65 constitutionally elected MPs, meaning that Malta’s Parliament will rise to 75 MPs so long as this measure is in place.

Farrugia insisted that this proposal should only be introduced as a stopgap measure until the root causes of the shortage of female election candidates are addressed – such as by introducing the concept of full-time MPs, and by encouraging political parties to urge their women mayors, councilors and activists to run for election with as much zest as they do to their “star candidates”.

A story from Kenya this week reports on another mechanism to increase the number of women in office - setting a cap on the percentage of one gender that can serve in the national legislature - a number of other countries have adopted this approach - but it has not yet been adopted in Kenya:

On March 30th this year, Kenya’s High Court found that the country’s Parliament had violated women’s right to equality, and freedom from discrimination.

It had done this by refusing to enact legislation to enforce the principle that requires not more than two thirds of its members be of the same gender.

The court had directed Parliament to ensure that the legislation was enacted within 60 days. The 60 days have lapsed and there has been no word from the House. The consequence is that Parliament now stands on the verge of dissolution for failing to meet the constitutional gender threshold.

There’s clear reluctance, if not resistance, to implementing the gender-equity rule. The most obvious reason for this laxity is the fact that male leaders don’t want to give up their privilege. Women continue to face systemic discrimination in Kenyan society. Such deep seated patriarchy can only be effectively overcome by laws that enforce gender quotas.

Women currently constitute 19% of the members of Parliament falling below the 30% constitutional requirement. But now that the courts have faithfully interpreted the constitution it’s up to Parliament to follow suit. The question is this: How would it give effect to this law?

These stories from Malta and Kenya indicate that even countries with entrenched cultural bias against women can reshape the conversation about gender parity and push reforms that create new opportunities for women to be successful electorally.

And this story from the UK points to another institutional reform that Representation2020 supports - calling for increasing the number of women who serve as committee chairs. Being intentional about party and political leadership is key as we position more women to run for higher office.

​
Chris Crawford from the Democracy Fund shared this interesting article in Glamour Magazine in which Deborah Ross talks about her run - and loss - last November in the North Carolina US Senate race:


There are all sorts theories and recent writings about the importance of failing. There is even an expression called “failing forward” that denotes a badge of honor in the tech industry. This concept is not new. Based on his own experiences, President Theodore Roosevelt, famously wrote that “it is not the critic who counts” but the man in the arena, “who at the worst, if he fails, at least fails while daring greatly.” Unfortunately, too few women take the risk of running for political office or assuming positions of influence. As a result, our voices are not part of the conversation yet alone the final decision. If we want to make a difference, we must put ourselves forward and accept the challenge on our own terms.One of my campaign staffers inspired me during the campaign by calling me "the woman in the arena." We need to see and celebrate more women who dare greatly. Remember that it is never the critic who counts – chart your course and throw your hat in the ring. You will grow as a person, and you just may win!

​
There has been A LOT of press about the newly-introduced Fair Representation Act - too many to list - but I hope that you will read my husband Rob Richie's great piece in The New York Times that he co-authored with the editor of the National Review - Reihan Salam - that has garnered a lot of attention. I hope you will add your voice to the growing list of endorsers and supporters of the Fair Representation Act which will create a demand for female candidates and open seats where they can run and win.

...there would be rural Democrats and urban Republicans. Members of both major parties would share districts, with new incentives to collaborate on legislation addressing their shared constituents’ needs. Candidates would be forced to reflect a greater mix of views and voters would have real choices, including third party and independent candidates. A more representative and functional Congress would regain legitimacy.

Congress not only has the power to act to reform its elections, but the obligation. In the past, it mandated single-winner congressional districts to avoid partisans manipulating outcomes with at-large elections, but that approach has led to today’s polarized politics. It’s time for a better standard.

There have been many comments posted online - roughly 90% from men - but I think this response in the Boston Globe sums up the case for the #FairRepAct beautifully:

Charles Fried’s op-ed on partisan gerrymandering (“Gerrymandering is unfair and unjust,” Opinion, July 10) misses the most important point about political districts: Most Americans have sorted themselves into such politically homogeneous neighborhoods that, even with more neutral legislative boundaries, you are not going to reverse a trend in which Democrats have won every one of the last 108 House races in Massachusetts and Republicans chalk up similar victories in states like Arkansas. A bill proposed by Representative Don Beyer (D-Va.), the Fair Representation Act, addresses the problem of congressional polarization by establishing voting districts that would use ranked-choice voting to elect up to five congressional representatives. Voters would rank the candidates for a given seat in order of preference and their votes would transfer to their second choice if their first choice is in last place and loses. The math is complicated to explain but easily performed by computers. The beauty of this proposal is that it promotes proportional representation of minorities — Democrats in predominantly Republican areas and vice versa. Women would also be better represented, as would blacks, Latinos, and others. There are precedents in many cities, as well as the state of Maine, which recently endorsed ranked-choice voting in congressional elections.

Hope you will sign up for Gender Avenger's alerts so we can help applaud gender balanced panels and help build the pressure to make sure all are sensitive to the imperative for women's voices - everywhere, everyday.

Many of us will be part of the terrific event that Running Start and IGNITE are hosting in Washington, DC this coming Monday & Tuesday - hope to see some of you there! I know they'd appreciate support on social media - @IGNITE_National and @runningstart.

​​Next week is the 169th anniversary of the gathering at Seneca Falls, NY of abolitionists and suffragists to talk about achieving women's equality. I find the story of that meeting, the issues that were addressed, and the unity they found, incredibly powerful. Here is the text from the Declaration of Sentiments which ends with this clarion call:

In entering upon the great work before us, we anticipate no small amount of misconception, misrepresentation, and ridicule; but we shall use every instrumentality within our power to effect our object. We shall employ agents, circulate tracts, petition the State and national Legislatures, and endeavor to enlist the pulpit and the press in our behalf. We hope this Convention will be followed by a series of Conventions, embracing every part of the country.