(Melinda Gates Co-chair of the Bill & Melinda Gates Foundation. Founder of Pivotal Ventures. Author of The Moment of Lift meeting with women)
Dear friends,
This year marks the 25th anniversary of the Fourth World Conference on Women held in Beijing in 1995. In anticipation of this milestone, the team at RepresentWomen helped to create this video to encourage parliamentarians to meet the goals for women's representation and leadership that were developed 25 years ago. Melinda Gates, pictured above, penned these words about what she has learned about women's equality over the last few decades:

In addition to the foundation’s 20th anniversary, this year marks another milestone I’ve been thinking about a lot lately: the 25th anniversary of the Beijing World Conference on Women. (If that name doesn’t ring a bell, you may know it as the event where Hillary Clinton famously declared that “Human rights are women's rights, and women’s rights are human rights.”)

I remember reading about the conference and feeling that the world had planted an important stake in the ground for women. But it took years before I recognized how gender equality would fit into my own work.

After Bill and I started the foundation, I began spending time with women in the world’s poorest places. I wrote a lot about those trips in my book, The Moment of Lift, because they changed everything for me.

I met a woman who asked me to take her newborn home with me because she couldn’t imagine how she could afford to take care of him. I met sex workers in Thailand who helped me understand that if I had been born in their place, I, too, would do whatever it took to feed my family. I met a community health volunteer in Ethiopia who told me she once spent the night in a hole in the ground rather than returning to her abusive husband—when she was ten years old.

Each one of these women represents millions more. And what makes their stories even harder to bear is the knowledge that, unless we take action, they are stories that are destined to repeat themselves. Because if there’s one thing the world has learned over these last 25 years, it’s that these problems are not going away on their own.

The data is unequivocal: No matter where in the world you are born, your life will be harder if you are born a girl. There was another good read about strategies to meet the Sustainable Development Goals for women's representation set in Beijing on IPP Media...but I can't copy any text so you will have to click on the link if you are interested!

Right to left: Ester Twersky, Tirtza Bloch, Esti Shushan, Hila Hassan Lefkowitz, Efrat Chocron and Yael Elimelech. Ofer Vaknin
There was a powerful story on Haaretz about the women who are pushing for representation and equality in the ultra-Orthodox community in Israel:

About 50 years ago, dozens of female researchers at Newsweek sued their employer for not letting them write for the magazine, keeping them behind the scenes while their male colleagues got the bylines. I’m reminded of this milestone in women’s struggle for equality when Esti Shushan – a cofounder of Nivcharot, a movement that promotes the representation of ultra-Orthodox women in state institutions – recalls her time as a journalist.

“I was writing for Haredi journals at the time,” Shushan says. “Like other Haredi women, I used a pseudonym, E. Shushan. Your editor tells you, ‘If you want to write for the serious sections in the newspaper and for male readers to take you seriously, it’s better if they don’t know that you’re a woman.’ Later, I found out that many of the male names alongside mine in the op-ed section, Menachem or Yossi, actually belonged to women. No one even imagined they were actually women. It got me into thinking about gender, about my role as a woman, and eventually to the understanding that my situation is problematic.”

If you close your eyes and only listen to Shushan and her fellow leaders of Nivcharot – Ester Twersky, Efrat Chocron, Hila Hassan Lefkowitz, Tirtza Bloch and Yael Elimelech – it’s easy to forget that they’re ultra-Orthodox. All of them are mothers in their thirties and forties, and they say they have nothing left to lose. “I’ve been through terrible things,” Shushan says. “My mental health was questioned, my relationships with my husband and my children, too. Nothing is out of bounds for them.” Kate McCarthy, director of the Women's Media Center, would like to encourage women on this list to apply for the WMC Progressive Women's Voices media training - see the details below:

The Women's Media Center's Progressive Women's Voices is the premier media and leadership training program for women in the country. Representing a range of expertise and diversity across race, class, geography, sexual orientation, ability, and generation, participants receive advanced, comprehensive training and tools to position themselves as media spokeswomen in their fields, thereby changing the conversation on issues dominating the headlines. Graduates join a network of alumnae who support each other.

The Women’s Media Center seeks women who have something to say and are eager to dive into the media conversations on the important issues of the day. Are you the next María Teresa Kumar? Do you want to become a political contributor who is called upon to serve as a strong progressive voice in the media? Are you the media spokesperson for your organization and want to increase your impact? Apply for the WMC’s Progressive Women’s Voices program today!

Criteria for selection include:

•  Willingness and desire to promote yourself, engage in new media experiences, and reach media goals

WMC Progressive Women’s Voices starts with a highly competitive application process. Women who graduate from the program leave with a sophisticated understanding of the current media climate, what messages work best for different audiences, the most effective interview presentation and techniques.

Women representing diverse backgrounds, areas of expertise, professions, ethnicities, ages, geographical regions, and levels of experience are encouraged to apply (including those who have previously applied).

WMC's PWV program is extremely competitive. Because of the high volume of quality applications, the Women's Media Center cannot accept as many deserving women as we would like. Candidates who have previously applied will be rigorously and impartially considered.

The training is supported by the Women's Media Center and is provided at no cost to those who are accepted. Selected participants are responsible for their own travel and lodging, although there will be a small number of travel stipends available to successful candidates who would otherwise not be able to attend the training.

To Apply:  Complete this application form before our March 15 deadline.

Watch the PWV video showcasing many of the leaders who are graduates of our Progressive Women's Voices Training.

Please direct any questions to Kate McCarthy at [email protected]

I am out of time this week but I do want to share some of the great infographics that the RepresentWomen team has created this week including:
**An update on our #CampaigntoRename landmarks after women leaders in 2020 & beyond: **An update on the data on outcomes for women candidates in jurisdictions with ranked choice voting: 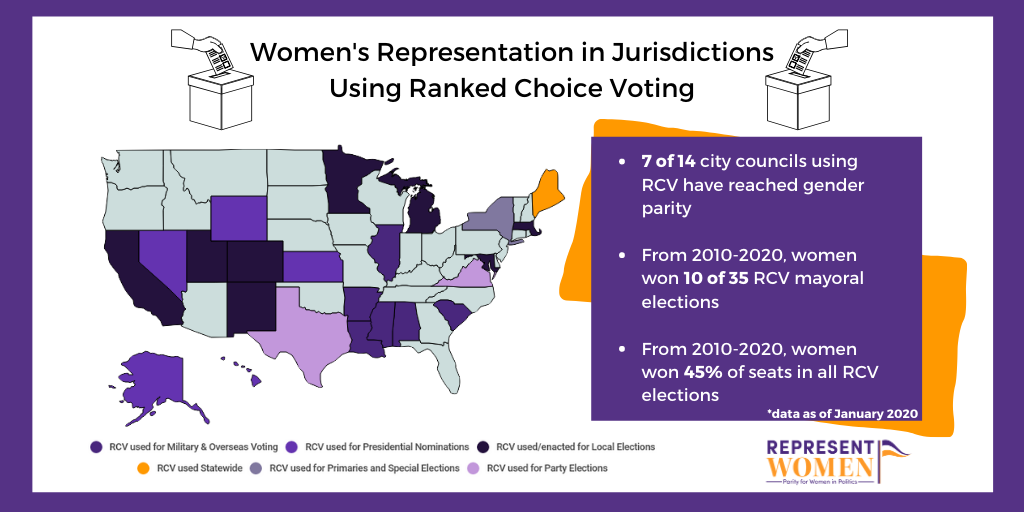 **And an early nod to International Women's Day: 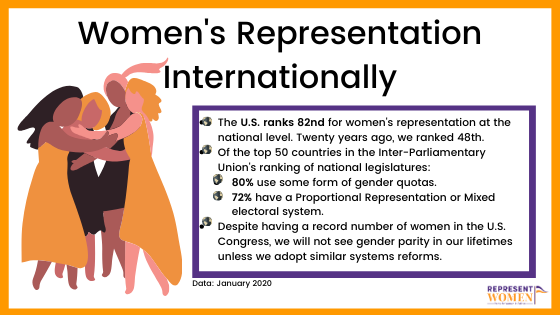 I hope you all have a terrific weekend and that those of you in the United States are feeling fortified for the roller coaster of the presidential nominee selection process over the next five months. My husband and I had a terrific meeting with The New York Times editorial board recently and were very glad to see this piece calling for the use of Ranked Choice Voting just this week. My husband also has a short piece on remedies to the primary process in the Washington Post today.
All the best,
Cynthia
P.S. Last weekend I pruned my roses and raspberries and was very glad to see the Hellebores and the Stella d'Oro lilies emerging - I need to hurry to finish my indoor knitting projects so that I can spend more time in the garden! 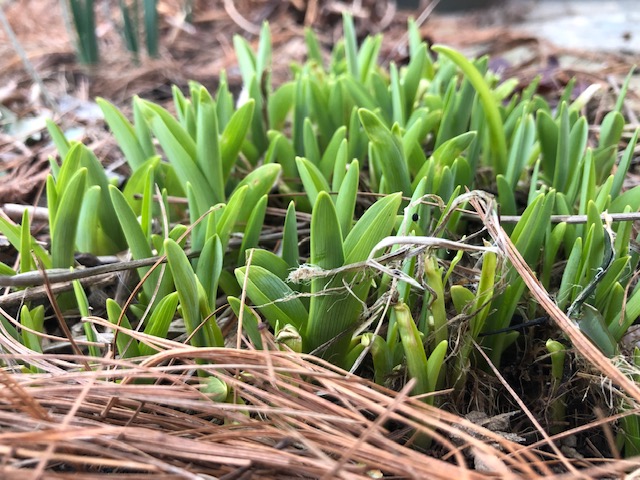 And just in case you need a sweet image to go with evening wine or morning coffee...