Candidates for the democratic nomination: Kamala Harris, Kirsten Gillibrand, Tulsi Gabbard, Amy Klobchar, & Elizabeth Warren
Dear friends,
Marie Claire profiled the women candidates this week - not sure that I agree with their assessment that multiple women running for the presidency is the 'final stage of the resistance' but it is indeed a step in the right direction:
The 2020 race has only just begun, but already it’s looking like a vastly different—and better—kind of playing field. For the first time in our nation's history, there is not just one, or even two, or a few, but a record-smashing, can you believe it six women running for president. At press time in mid-February, there were officially more women seeking the Democratic nomination than men: Four senators and one representative as well as spiritual leader Marianne Williamson. Marie Claire went to the Capitol to capture the historic moment by interviewing and photographing the female politicians vying to be leader of the free world. (We arrived right after the government shutdown ended—they had plenty to say about that.) 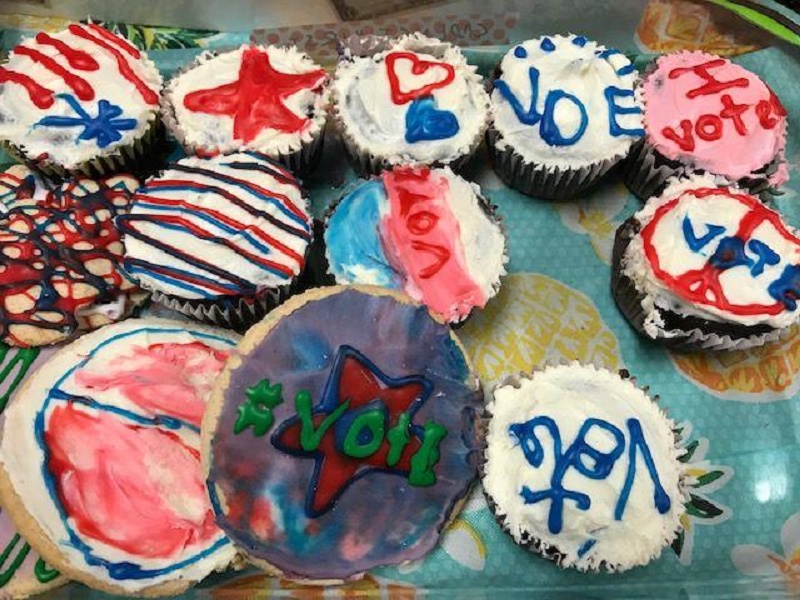 There wouldn't be cupcakes at a virtual Iowa Democratic caucus, but the idea is to make caucus attendance more accessible to all by allowing people to "attend" and vote online. (Chris Thomas)
The number of women running is a super exciting milestone and it's also a super important reminder that our winner take all voting system does not work well with large-candidate fields. There will be a lot of hand wringing and pontificating about which of the candidates is the most likely to win and whoever does win may emerge bruised and battered from the primary process. There are efforts underway right now to reform the candidate selection process in New Hampshire to eliminate split votes and Iowa has already decided to use Ranked Choice Voting:

Iowa's nominating contest traditionally kicks off the presidential primary season, and has sometimes been criticized for a lack of accessibility. Iowa Democratic Party Chairman Troy Price says virtual caucuses would create an option to vote by phone or on a digital "smart" device.

"They just have to dial in, use the information that is provided when they sign up, and they'll be able to dial in and participate in the caucus, and press up to five choices for president, their rank for presidential preference," says Price. 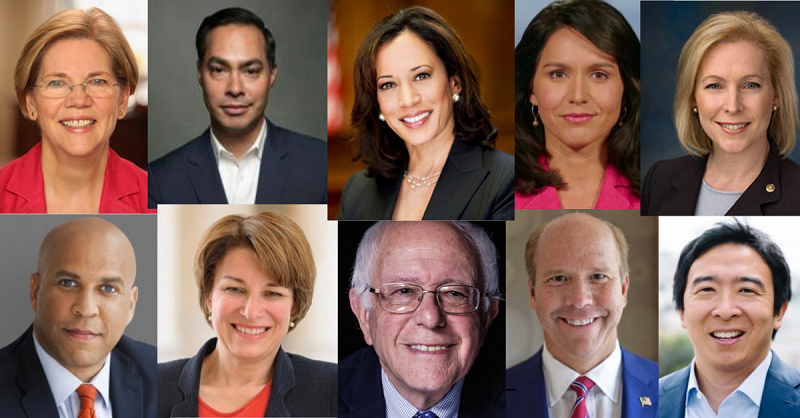 I created this online Ranked Choice Voting poll for the declared presidential candidates so that everyone can see how RCV works and how easy it is to use! Feel free to use and share! It's Oscar weekend again and again the Academy voters are using Ranked Choice Voting to select the nominees and the best picture! Watch this video from FairVote to see how the votes are tallied and use this Ranked Choice Voting ballot to cast your vote for your favorite actress.
The Oscars are also a reminder that gender 'categories' are commonplace in the entertainment world. I suspect there would be a fair amount of outrage if men swept all the awards because women didn't make it through a nomination process without 'categories' and we accept without question gender balance rules that both major parties use at the precinct level, on state committees, and for convention delegates. As I know most of you have heard me say, similar intentional actions are necessary for women to reach parity in elected office in the United States. Political parties and PACs should embrace voluntary targets to ensure that equal numbers of women are recruited to run and are given the support they need to run viable campaigns. Read my piece from 2018 in The Hill on this topic and visit RepresentWomen's Path to Parity page for more info!
Glamour Magazine had a terrific interview with Rep Elise Stefanik about the launch of her new PAC devoted to electing more GOP women to Congress:

Elise Stefanik entered the House of Representatives in 2015. At the time, the Republican from New York was just 30 and the youngest woman ever elected to the chamber. (Alexandria Ocasio-Cortez, elected at 29, has since beaten her record.)

With her win, Stefanik was supposed to herald a new kind of GOP candidate—energized, fresh, and female.

In the recent midterm elections, just 13 Republican women—12 incumbents, one freshman member—were elected to the House of Representatives. Compare that with the record 89 Democratic women, 35 of whom are new. “It is unbelievable. It is astounding. It is eye-popping, and I hope that our Republican leaders see this as a problem that we need to fix,” said former congresswoman Ileana Ros-Lehtinen, a Republican in Florida who retired ahead of the 2018 race.

Ros-Lehtinen didn’t name them, but of course she means the men. Republican leadership in both the House and the Senate is awash in white men. The GOP lost the only black Republican woman ever elected to the House in November. The 116th Congress will have the lowest number of Republican women in its ranks in nearly three decades. Democrats tout their progressive policies on issues like paid leave and child care, in particular, to explain these numbers, but it's no secret that millions of women still vote for Republicans. So what accounts for how few have put themselves forward in these races—and won? The Washington Post had a story on the 'electability trap' which touches on some of the interesting analysis around the candidacies of women but also overstates the challenge women face given that women just won in record numbers and a woman did win the most popular votes - by a wide margin - in 2016:

Ultimately, it’s up to individual voters to choose the best candidate, regardless of gender — and not let myths about electability shackle us. The shock over Trump’s victory, in the face of his sexist rhetoric and behavior, makes it understandable that some people think a woman can’t win in 2020. But the best social science research suggests that such a claim is not defensible.

That so many voters persist in underrating the chances of superb, accomplished female candidates, on the basis of sex alone, highlights our lingering disrespect for women. “A woman can’t beat Trump,” it turns out, is the lowest form of political analysis — the prediction you turn into reality by repeating it often enough.

The San Jose Mercury News reports that former FEC chair and women's representation champion Ann Ravel is running for state senate in California - can't wait to follow her race:
In addition to fighting for government accountability and transparency, Ravel said she wanted to help increase the availability of affordable housing, combat climate change, and address the state’s increasingly destructive wildfires. She said said hoped to work in a “great partnership” with recently elected Gov. Gavin Newsom.
Finally, there was a story on NBCNews about the 'Fab Five' women 'behind the bog shake-up in Colorado politics':

They say there are no friends in politics — but the five women behind Colorado’s recent state senate shakeup are doing their best to defy that. Five friends are now state senators in the first female-led majority caucus in the country. Their nickname: The Fab Five.

Kerry Donovan, Jessie Danielson, Faith Winter, Tammy Story, and Brittany Pettersen have been co-workers, mentors, and friends to one another for nearly a decade. Each of the five women won their Colorado state senate seats in closely contested races this cycle. And when they were sworn in in January, they flipped the state senate from red to blue for the first time in five years.

I hope you have a great weekend! Now that the snow has melted in Washington, DC I hope to plant a spring crop of greens and snap peas! 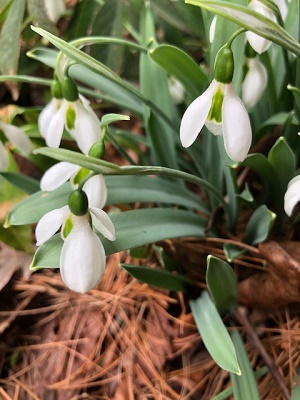