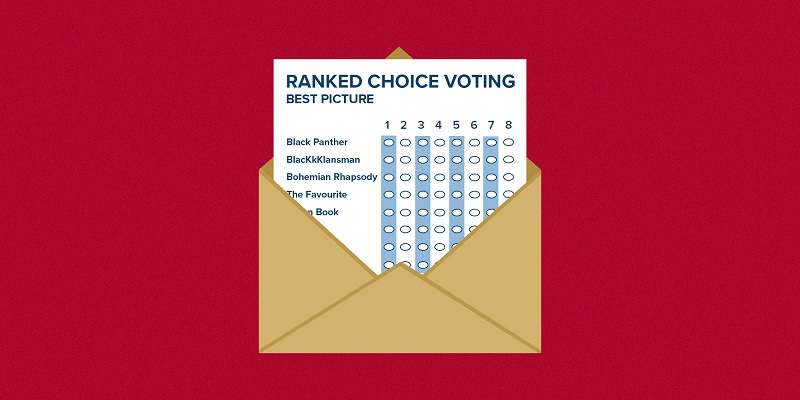 Dear all,
There has been a flurry of interest in Ranked Choice Voting this week including: Were you Gaga for a ‘A Star is Born?’ Is ‘The Favourite’ your favorite? Vote like The Academy and learn about #RankedChoiceVoting by taking our #Oscars ‘Best Picture’ poll: http://bit.ly/2WtbO04
There was an interesting piece in The Conversation titled "The more women in government, the healthier a population" that will come as no surprise to the readers on this list:

It’s now 2019 and leading public health scholars still tend to downplay the potential effects of political determinants such as gender politics on population health. Instead, they opt to focus almost exclusively on individual and social determinants of health.

We believe gender politics matters in public health because it helps to determine “who gets what, when and how.”

We believe that electing more women in government not only promotes gender equality and strengthens democratic institutions but also makes real and substantive contributions to government spending and population health.

Given that women in government can bring about desirable changes in population health, let’s figure out how we can genuinely level the political playing field for women.

According to an article in The Scotsman (which may need to be renamed:)), Nicola Sturgeon's equality council is calling for political gender quotas:
Ministers are urged to “legislate for local and national candidate quotas for all parties by the 2021 election.”The experts will also recommend a commission to tackle gender inequality in education should be set up to drive improvements in the Scottish education system.

The What Works? Institute would develop and test ways to change these attitudes, including how to break down stereotypes of what girls and women should study and work as. 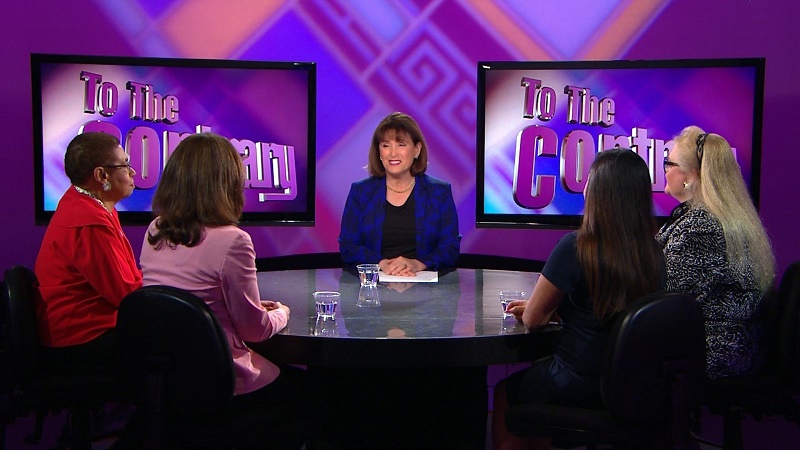 Don't forget to tune in to PBS's To the Contrary with Bonnie Erbe for wide ranging discussions with panelists who contribute their expertise from a variety of perspectives. Here are the details for the segment that will air this weekend:
Episode #2748 Feeds Feb 1 & airs most stations Feb 2 and Feb 3
Topic: Female Presidential Candidates
The ERA isn’t Dead After All
Should Young Women Be Drafted?
Panel: Lara Brown, Del. Eleanor Holmes Norton (D-DC); Linda Chavez, Chair Emeritus, Center for Equal Opportunity; Tiana Lowe,  Washington Examine Commentary Writer 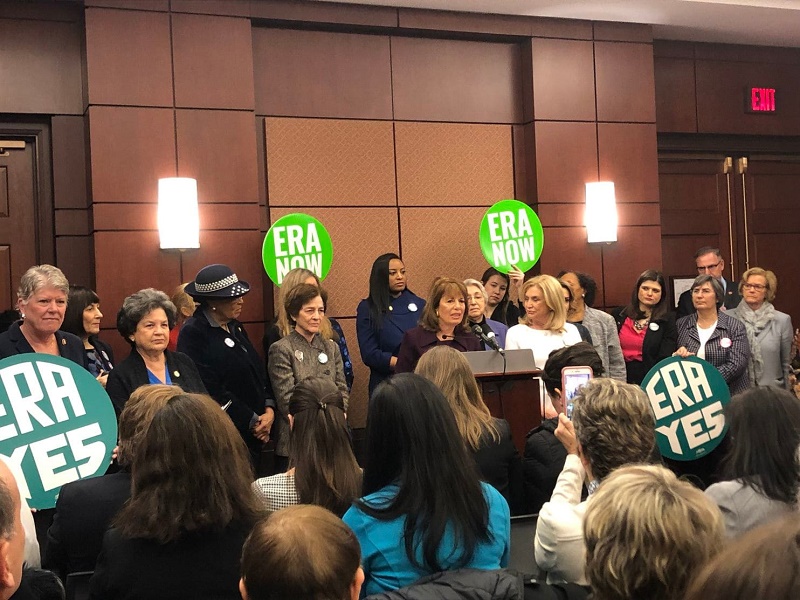 The Equal Rights Amendment was dealt another blow this week by the republican party in Virginia which is of course ironic given that it was the (albeit different) republican party that championed the ERA just a generation ago. The Washington Postwrote this story about the loss and Post columnist Petula Dvorak wrote this profile of the young republican woman at the heart of the ERA's demise:


It’s 2019, a surge of women just won election to Congress and the Virginia legislature, and it looks like the Equal Rights Amendment may be stopped dead in its tracks again.

By a woman. Again.

Meet the new Phyllis Schlafly: Victoria Cobb, who says she achieved all her success before reaching her 40th birthday without help from any amendment, so the rest of American women don’t need it, either.

“I’m a third-generation opponent of the ERA, actually,” she told me, when I asked her if she’s today’s Schlafly, the ultraconservative woman who led the charge in derailing the amendment in the 1970s by convincing America that women would be drafted into combat and toilets would all be unisex if the amendment passed.

The ERA, first written 95 years ago, regained new momentum in this #MeToo era after years of dormancy. And Virginia was poised to become the 38th state to ratify it, filling in that three-quarters majority of states required for it to become official. In Richmond, the GOP-led Senate passed the ERA bill earlier this month. And celebrities, lawmakers and activists were touting its revival on Capitol Hill in Washington.

It snowed, again, today in Washington, DC - I hope that all are safe and warm., P.S. I am attaching a very interesting digest of a poll conducted by the Benenson Strategy Group for the Women & Politics Institute - shared with me by my dear friend & mayor, Kate Stewart!
Share
Topic:Weekend Reading