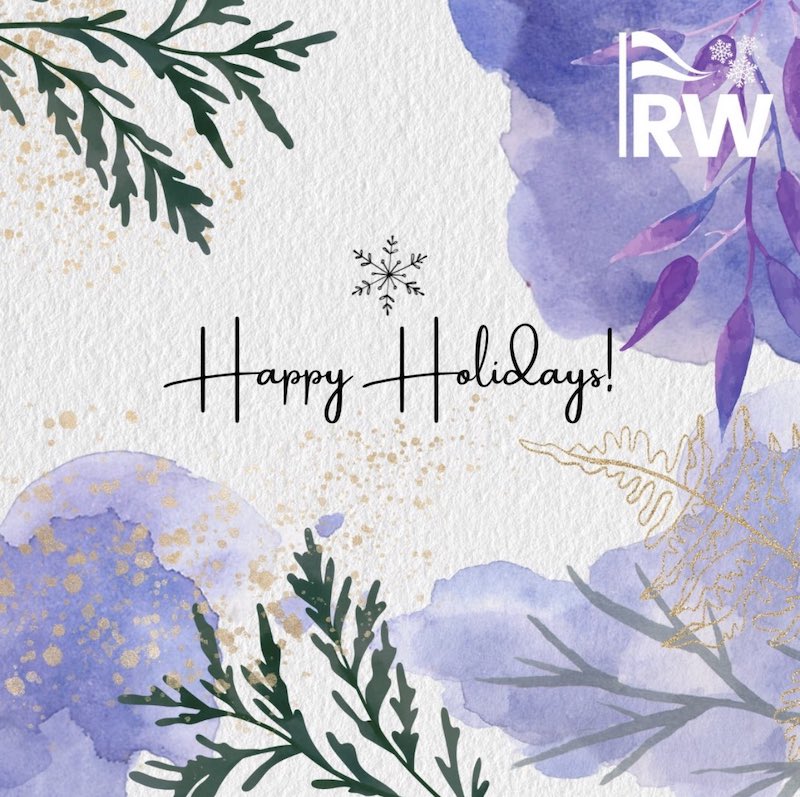 Dear friends,
As we prepare to bid farewell to a year that has been so hard for so many it seems timely to share a few stories that offer food for thought and hope for the coming year. 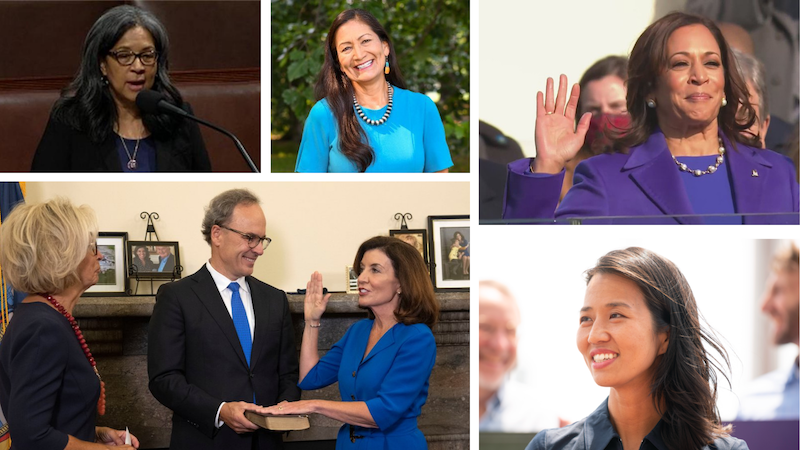 In just two years, the pandemic has threatened decades worth of progress towards gender equality. As of December 2020, women suffered a net loss of over 5 million jobs due to COVID-19; in 2021, one in three women reported that they may end up downshifting their careers or leaving the workforce entirely if conditions don’t improve in the United States.

Worldwide, changes in employment patterns and social service disruptions have enabled a “shadow pandemic” of violence against women to take root. According to the World Economic Forum, the average time it will take for the global gender gap to close has grown from 99.5 to 135.6 years because of COVID-19.

The gendered impacts of the pandemic help to show that progress for women is difficult to sustain when structural inequalities are present. In order to remedy this, women need to be at the center of pandemic response and recovery efforts; advancing women’s political leadership is a step in the right direction.

While the United States has a long way to go to achieve intersectional, gender-balanced governance, progress was still made in 2021. From historic appointments to record-breaking elections, women reached new milestones at every level of government this year. So as difficult as it may be to find cause to celebrate in challenging times, here are 10 reasons to have hope for a more gender-inclusive future. 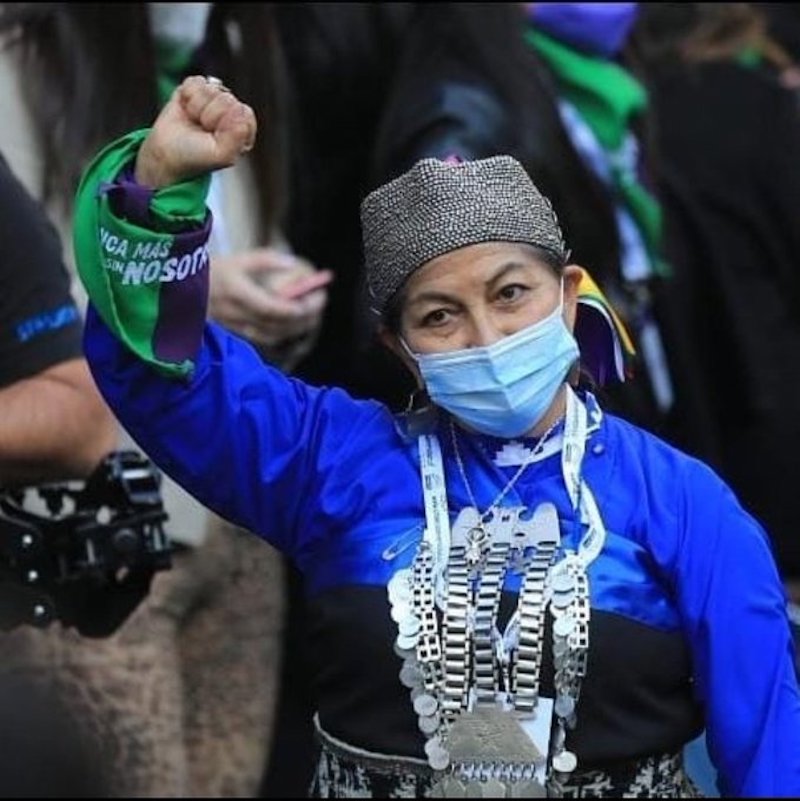 Elisa Loncon, President of Chile’s Constitutional convention. Image via Twitter/@ElisaLoncon
RepresentWomen's global partner Akshi - editor of #WomenLead - wrote a great piece on memorable moments for women in 2021. I encourage everyone to subscribe to her informative blog to stay up to date on international women's representation in 2022:
As we brace ourselves to bid adieu to 2021, here’s a wrap of some of our favourite moments about women in politics from the year. We’ve picked moments and developments that left us feeling inspired, gave us gooseflesh or reasons to cheer, and definitely left us feeling hopeful about the future of representation in politics. Hope you enjoy this curation - tell us if these were your favourites too, or if we’ve missed any. 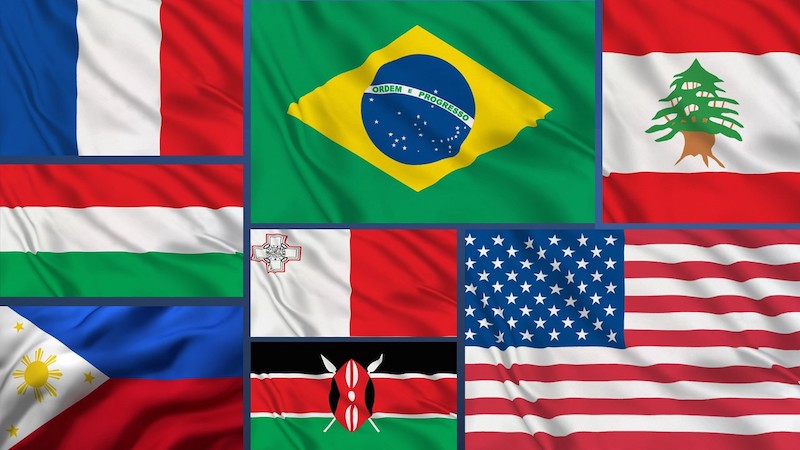 Terrific ally Rick Zednik wrote a very interesting piece on potential gains for women candidates in key elections in 2022:
Angela Merkel stepped down and Kamala Harris stepped up. After those two big stories of 2021, what will 2022 bring for women in politics around the world?

The year ahead does not promise a milestone to match the end of German Chancellor Merkel’s unprecedented run of 16 consecutive years as an elected female head of government. Nor does it tempt with history to match Harris’s ascendency as the first woman to reach the second highest job in American politics. 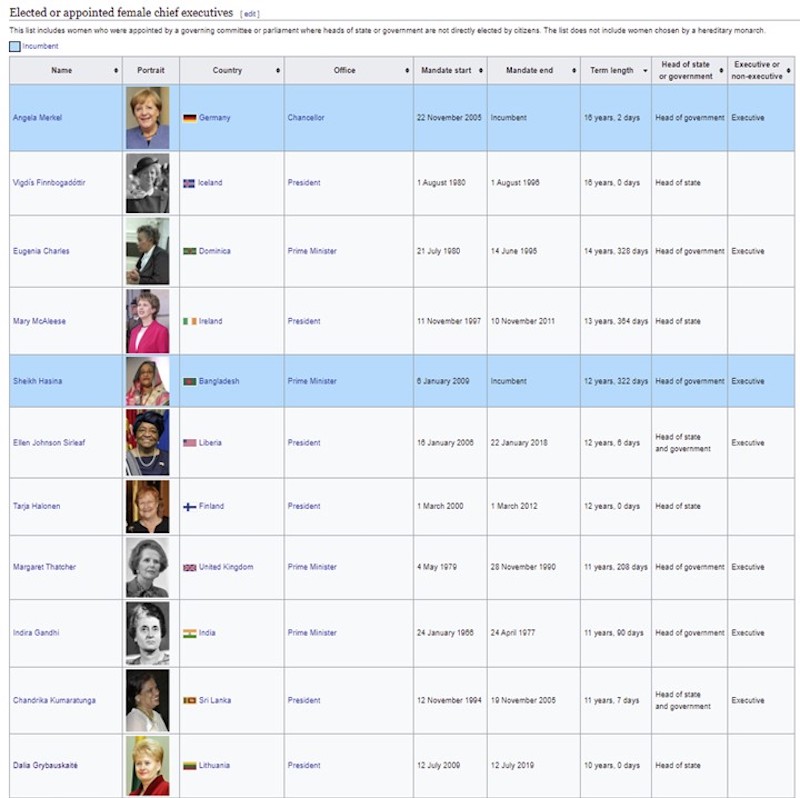 But a safe bet is that the number of women Parliamentarians globally — which exceeded 10,000 for the first time this past year — will continue its climb towards parity with men. (Though with only 26% of Parliamentary seats now occupied by women, progress remains agonisingly slow.)

And a lot can happen in a volatile world, so it would be foolish to rule anything out. 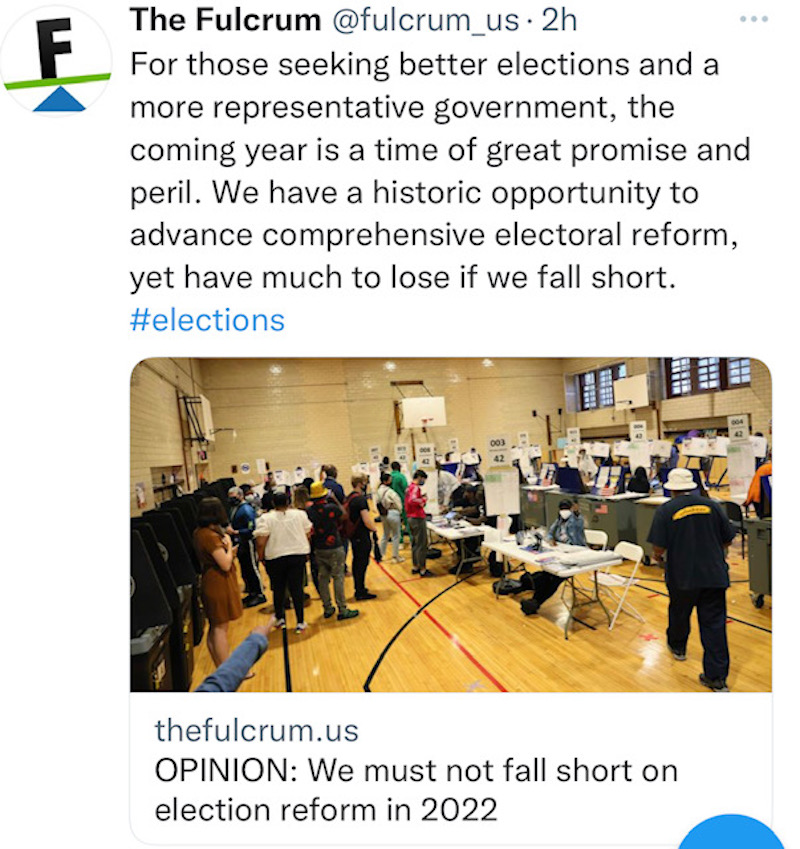 My husband Rob Richie, who has led FairVote for 30 years (!), writes in The Fulcrum about prospects for election reform in 2022:
For those seeking better elections and a more representative government in the United States, the coming year is a time of great promise and peril. We have a historic opportunity to advance comprehensive electoral reform, yet have much to lose if we fall short.

I’ve led FairVote since it launched in 1992, grounded in a vision of lifting up structural reform nationally while advancing change locally. Today’s increasingly fierce partisan divisions and deterioration of our core democratic institutions have energized volunteers, fostered national debate, unlocked resources and earned attention from policymakers as never before.

For FairVote, it’s always been important to ensure that every voter can cast a meaningful vote in every election, to embrace representing Americans’ diversity of thought and identity fairly, and to reward leaders for collaborative policymaking. What has broadened our movement is a sense of urgency about the problem and the promise of viable solutions. Major grantmakers like Unite America and the Hewlett and Arnold foundations deserve great credit, as do the many Americans who make a difference with their dollars and time.

FairVote already has catalyzed impactful major voting improvements. We’ve helped advance Electoral College reforms to ensure the candidate with the most votes always wins, curbs on partisan gerrymandering, voter registration for all eligible Americans, and state and local wins that have made ranked-choice voting today’s fastest-growing nonpartisan electoral reform in the country.

We have decided to zero in on a campaign to win our original reform priorities: normalizing the RCV ballot across the nation and changing winner-take-all elections for Congress. While deeply appreciative of those seeking other reforms and upholding voting rights, we see the congressional Fair Representation Act as the single most important long-term change to stabilize and strengthen our democracy. At the same time there’s much we must win along the way in states and cities. 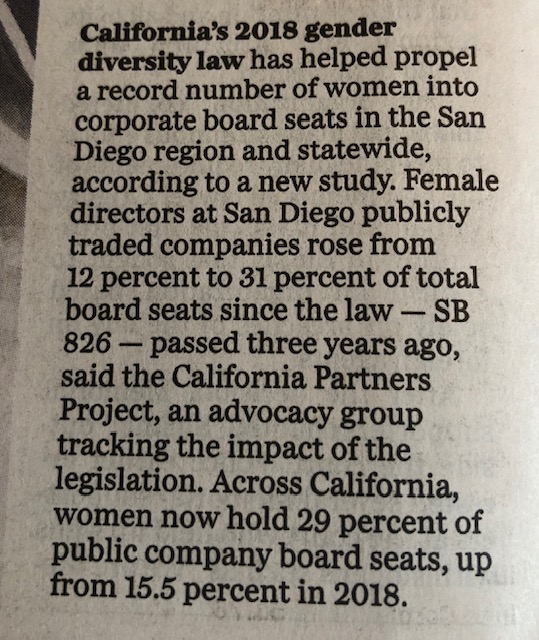 Washington Post - December 29, 2021
This brief news item in the Washington Post shows remarkable progress toward gender balance on boards of publicly traded companies in California and provides yet more data that changing rules has an enormous and enduring impact on women's representation and leadership. Congratulations to the California Partners Project! 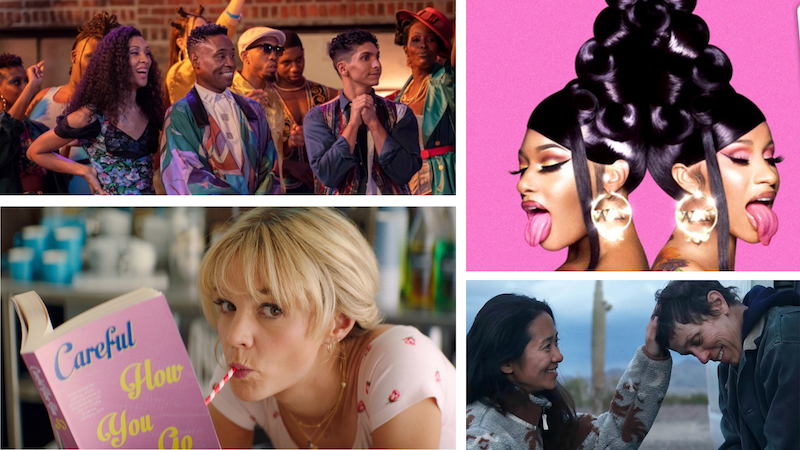 From the swearing in of our first woman vice president, Kamala Harris, to the severe restrictions on reproductive rights, 2021 has been a mixed bag for feminism. Of course, popular culture—ever a pulse from which to measure the present moment—served as a guide this year for feminist expression.

Here is a list of what got us thinking and talking about feminism in popular culture.
10. From the moment she stepped on the inauguration stage in her trademark yellow coat and red hairpiece—becoming the youngest poet to serve as an inaugural poet, discovered by First Lady Jill Biden—Amanda Gorman took the country (and world) by storm, capturing the moment of “healing” in her poem “The Hill We Climb,” so desperately needed only days after the horrors that unfolded on Capitol Hill on January 6.

Filled with grace, standing on the shoulders of previous Black women inaugural poets like Maya Angelou—Gorman dazzled us with her spoken word. It wasn’t long before her as-yet-to-be-published book of poems sold out, and she even performed at this year’s Super Bowl, an NFL first for a poet. She has graced the covers of Vogue and Time, walked the red carpet of the Met Gala and she’s just getting started. Here’s to making Black women’s poetry cool again! 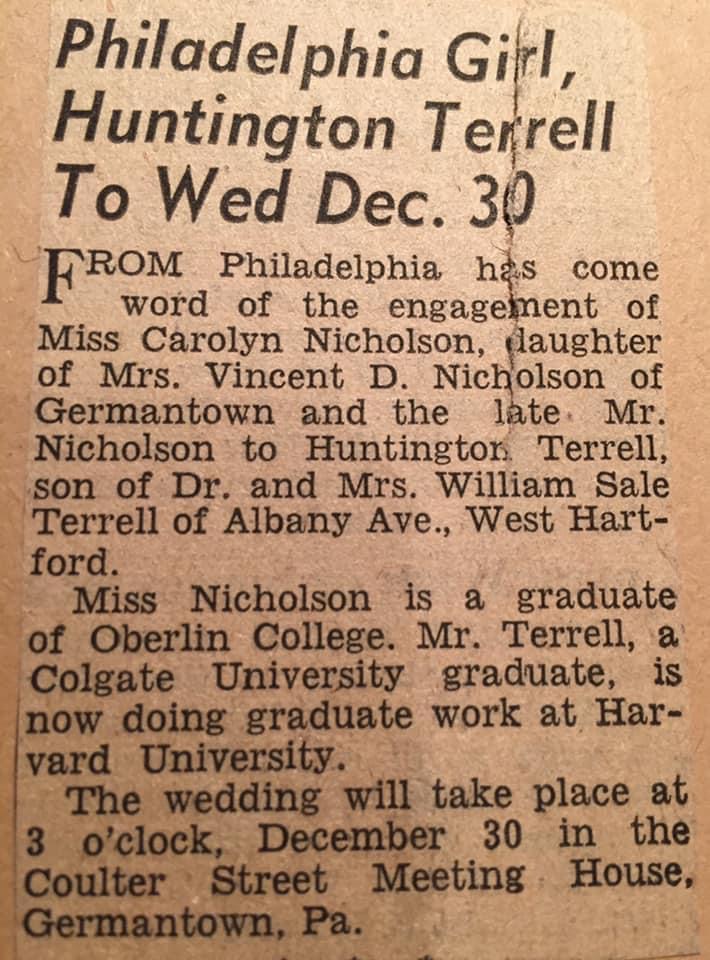 My college-educated mother aka "Philadelphia Girl" married my father 71 years ago - the headline in the announcement above reflects the copy-editing norms of a bygone era.... 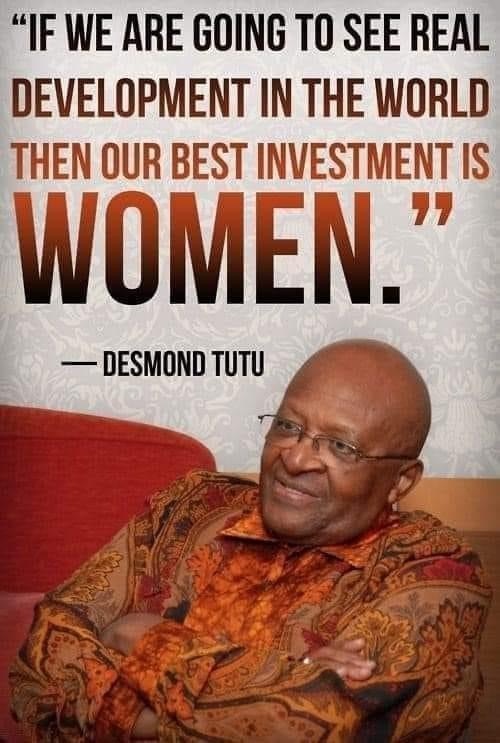 While many notable women's rights leaders died in 2021 I thought this quote from Desmond Tutu captures what so many of us believe.
The ongoing pandemic, economic uncertainty, looming climate crises, and electoral dysfunction will challenge us in 2022, to be sure, but I believe that we can make serious progress toward gender balance in politics and women's leadership with increased collaboration and innovation in the coming year. I look forward to the work ahead with all of you.
Happy new year,
Cynthia
P.S. Check out this list of feminist reads from Karla Strand