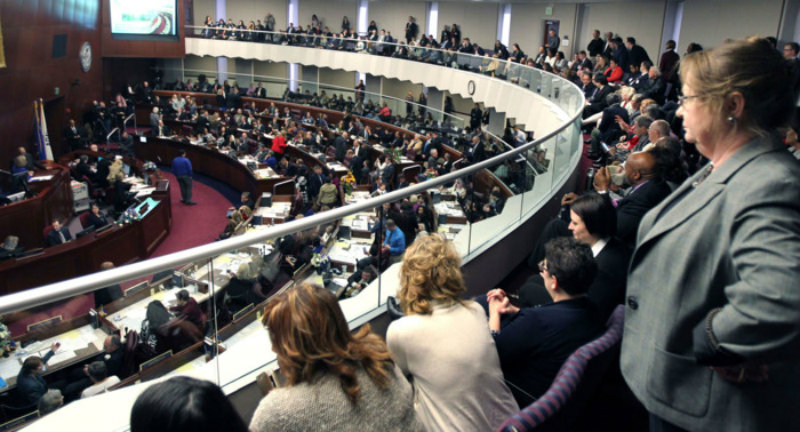 It has been a great week for progress toward gender parity!

Nevada became the first state to have a majority female state legislature after Beatrice Duran was appointed to fill a vacant position according to this story in The New York Times:

As a single mother, Beatrice Duran never imagined that she would get involved in politics. When she moved to Las Vegas in 1985, her focus was on keeping “a solid job” as a food server to provide for her young daughter and, later, her son.

Opportunities to become involved in public life felt out of reach.

Now, her appointment on Tuesday to the Nevada State Assembly, along with that of another woman, will make female lawmakers the majority in the state capital — the first time that has happened in the nation’s history. Ms. Duran and Rochelle Thuy Nguyen, both Democrats, were selected by the Clark County Board of County Commissioners to fill recently vacated seats.

With Ms. Duran and Ms. Nguyen’s arrival, women will hold 32 of 63 seats in the Nevada Legislature when the next session begins in February, about 51 percent. No state house in history had ever crossed the 50 percent mark, according to the Center for American Women and Politics at Rutgers University. 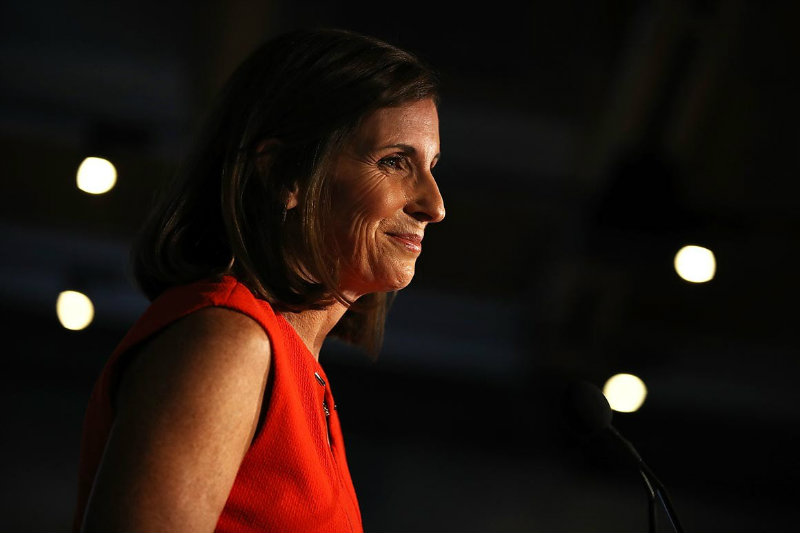 Martha McSally, who lost the race for Arizona’s other Senate seat in the 2018 midterms, will face a 2020 special election. | Justin Sullivan/Getty Images
Rep Martha McSally was appointed to the U.S. Senate seat being vacated by Jon Kyl according to this story in Politico bringing the total number of women in the Senate to 25 - a record breaking number of women. Women will hold both seats in the U.S. Senate in six states in the 116th Congress according to this story in Roll Call:

The appointment of GOP Rep. Martha McSally to the late Sen. John McCain’s Arizona Senate seat for the new year will push the chamber to a new milestone: The Senate in the 116th Congress will have the highest number of all-women delegations in history.

Six states will be represented by two women in the Senate in the new congress, surpassing the previous record of four states, which was the case in 2011 and again in 2012, 2013 and 2018.

The all-women delegations include: A far more common sight today: a father making children’s lunches. Yet traditional attitudes persist, especially about domestic chores.CreditTravis Dove for The New York Times
There was a very interesting story in The New York Times by Claire Cain Miller that is well worth reading as it should inform our communications strategies to advance women's representation and leadership:

Americans have grown increasingly likely to believe that women and men should have equal roles at work, in politics and at home. But a significant share still say that men’s and women’s roles should be different at home — even when they believe they should be equal at work.

A new study, based on national survey data from 1977 to 2016, helps explain why the path to equality seems in some ways to have stalled — despite the significant increases in women’s educational and professional opportunities during that period.

Two-thirds of Americans and three-quarters of millennials say they believe that men and women should be equal in both the public sphere of work and the private sphere of home. Only a small share of people, young or old, still say that men and women should be unequal in both spheres — 5 percent of millennials and 7 percent of those born from 1946 to 1980.

But the study revealed that roughly a quarter of people’s views about gender equality are more complicated, and differ regarding work and home. Most of them say that while women should have the same opportunities as men to work or participate in politics, they should do more homemaking and child-rearing, found the study, which is set to be published in the journal Gender and Society. RepresentWomen released its report Why Rules and Systems Matter: Lessons From Around the World complete with numbers of women elected from recent elections. The United States now ranks 77th among nations for women's representation - in 1998 the US ranked 60th. The terrific team of RepresentWomen interns and staff created this database (because we couldn't find anything quite like it) to better understand why the US ranks farther behind the rest of the world for women's representation than it did 20 years ago. Here are the key findings:

We will be sharing the report on social media and hoping for a substantive news story about the data on rules and systems that are electing more women to office - faster. Please help us amplify the impact of this important study by sharing it with your networks & if so led, use the hashtags #RulesMatter4Parity, #RepresentationMatters & #RepresentWomen - thank you. Pam Coukos, Rene Redwood, Holli Holliday, Kemba Hendrix, & Jenny Yang in the House Rules Committee haring room!
Finally, I have been working with an amazing team of women (see above) to advance the Rankin-Chisholm Rule (see attached) to ensure gender balanced hiring in Capitol Hill offices. I have been talking about this rule - modeled on the highly effective Rooney Rule - for years and am very excited that it now has a proper name and is being considered for inclusion by the House of Representatives Office on Diversity! Rules like this are common in nations ranked highly for women's representation: they have the potential to advance women's representation and leadership in all sectors. 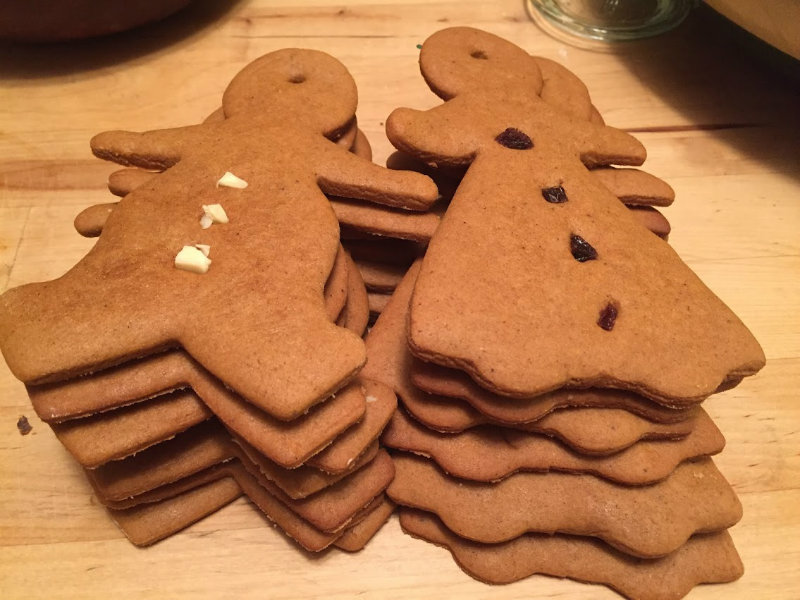 My Quaker grandparents did not celebrate Christmas because they believed that no one day or no one person should be celebrated more than any other day or person - while I share this same belief, I am dashing home now to finish knitted socks and bake cookies for friends and family. I am looking forward to reading from The Wind in the Willows and A Christmas Carol on Christmas eve, catching up on months of New Yorker magazines, and engaging with all of you in 2019 to make serious, sustained progress toward gender parity.
With best wishes,
Cynthia
My favorite passage from Kenneth Grahame's A Wind in the Willows: There was no more talk of play-acting once the very real and solid contents of the basket had been tumbled out on the table. Under the generalship of Rat, everybody was set to do something or to fetch something. In a very few minutes supper was ready, and Mole, as he took the head of the table in a sort of a dream, saw a lately barren board set thick with savoury comforts; saw his little friends' faces brighten and beam as they fell to without delay; and then let himself loose—for he was famished indeed—on the provender so magically provided, thinking what a happy home-coming this had turned out, after all. As they ate, they talked of old times, and the field-mice gave him the local gossip up to date, and answered as well as they could the hundred questions he had to ask them. The Rat said little or nothing, only taking care that each guest had what he wanted, and plenty of it, and that Mole had no trouble or anxiety about anything.

They clattered off at last, very grateful and showering wishes of the season, with their jacket pockets stuffed with remembrances for the small brothers and sisters at home. When the door had closed on the last of them and the chink of the lanterns had died away, Mole and Rat kicked the fire up, drew their chairs in, brewed themselves a last nightcap of mulled ale, and discussed the events of the long day. At last the Rat, with a tremendous yawn, said, 'Mole, old chap, I'm ready to drop. Sleepy is simply not the word. That your own bunk over on that side? Very well, then, I'll take this. What a ripping little house this is! Everything so handy!'

He clambered into his bunk and rolled himself well up in the blankets, and slumber gathered him forthwith, as a swathe of barley is folded into the arms of the reaping machine.

The weary Mole also was glad to turn in without delay, and soon had his head on his pillow, in great joy and contentment. But ere he closed his eyes he let them wander round his old room, mellow in the glow of the firelight that played or rested on familiar and friendly things which had long been unconsciously a part of him, and now smilingly received him back, without rancour. He was now in just the frame of mind that the tactful Rat had quietly worked to bring about in him. He saw clearly how plain and simple—how narrow, even—it all was; but clearly, too, how much it all meant to him, and the special value of some such anchorage in one's existence. He did not at all want to abandon the new life and its splendid spaces, to turn his back on sun and air and all they offered him and creep home and stay there; the upper world was all too strong, it called to him still, even down there, and he knew he must return to the larger stage. But it was good to think he had this to come back to; this place which was all his own, these things which were so glad to see him again and could always be counted upon for the same simple welcome.