All in their thirties: These women have a country to run. (From left to right) Finland's Minister of Education Li Andersson, 32; Minister of Finance Katri Kulmuni, 32; Prime Minister Sanna Marin, 34; and Interior Minister Maria Ohisal, 34

Hello all!
There is a lot of fun news to share this week but I am very tight on time so I will only share the highlights!
I suspect you all have read of the exciting news from Finland about the new women in leadership - which brings the number of women heads of states up to 13 (out of approx 195 countries)...still some work to do but great news nonetheless! There is a good piece in Forbes and another on Vox that are worth reading along with a great read from RepresentWomen's Maura Reilly Lucky 13: Sanna Marin Named Prime Minister of Finland and Increases the Number of Women Heads of Government by One:

This past Tuesday, December 3rd, 2019, Finnish Prime Minister Antti Rinne announced his resignation from his post. Rinne faced criticism for wage cuts to postal workers and the resulting nationwide strikes that ensued; culminating with the Centre Party, a coalition partner with Rinne’s Social Democratic Party, formally expressing a loss of confidence in Rinne’s leadership. Following this weekend’s internal party vote, Sanna Marin is set to take over the position of Prime Minister and lead the five party governing coalition, which came to power following the April 2019 national election. Marin, at the age of 34, also becomes the youngest sitting Prime Minister in the world.

Sanna Marin, entered the political field in 2012, when she was elected to the local council of her home city of Tampere; where she quickly rose to lead the local council. Marin was first elected to the Finnish parliament in 2015, at the age of 31. Marin’s promotion to Prime Minister is largely unexpected due to her prior ministerial roles, many of which are seen as unofficial stepping stones to the job, as well as her previous position as vice chair of the Social Democratic Party. The new Prime Minister is expected to focus on government led contract negotiations, which has the potential for widespread strikes similar to the ones which led to Antti Rinne’s resignation, as well as the ambitious environmental goal of making Finland carbon neutral by 2035.

Prime Minister Marin, is the third woman to hold the position in Finnish history; many Finnish political commentators see the rise of women into positions of political leadership as inevitable with the concentrated push to increase the percent of women in office starting in the 1980s. Following the 1983 parliamentary elections, women made up 30 percent of the members, this rose to 40 percent by 2007; women’s participation in parliament is currently at 47 percent, almost perfect gender parity. Finland currently ranks 8th in the world for gender parity in parliament, according to the Inter-Parliamentary Union’s ranking of parliamentary gender parity as of October 2019; this rank could be subject to change based on other elections around the world in November and December. Some political scientists in Finland see Marin’s age as more interesting in her rise than her gender, due to Finland’s successes in increasing the number of women in government. Toumas Yla-Anttila, an associate professor at the University of Helsinki, has said on the matter, “her young age is more important than being a woman. She represents a new generation of politicians.”

Despite the seeming banality of another woman rising to a leadership position for Finnish commentators, Marin will join the small ranks of women heads of government, bringing the total up to 13 worldwide. Marin and her four women coalition partners help to normalize women’s power and leadership internationally, and hopefully bolster the fight for political gender parity around the world. Speaking of women candidates, there was a terrific piece by Claire Friendman in The New Yorker that you won't want to miss about the qualifications necessary to get elected in the United States if you are a woman:

The electable female candidate reaches across the aisle with soft, moisturized hands. She knows how to fire a gun, but also has never held a gun, and doesn’t know what a gun is. She’s becoming a vegan, but stands behind Arby’s in its commitment to the Meats.

She would never eat her salad with a comb, because she knows that the only acceptable non-hair-related uses of a comb are scratching your back and playing it like a kazoo. She has never taken a DNA test, because she already knows that she’s a hundred per cent that bitch.

She has the charisma of a charlatan but the integrity of Charlie from “Charlie and the Chocolate Factory.” She’s able to radically reshape society, but moderately. She was raised on a farm in the middle of Central Park. Speaking of electing more women to office, there was a great profile of IGNITE's work in The New York Times:

Abby Cumming-Vukovic is going to be a state representative. You can quote her on that.

She is 16, yes. She is a high school sophomore, yes. But she already has more than a decade of political engagement behind her, if you start with the 2008 canvassing trip she took in a wagon pulled by her mother.

“President is the ultimate goal,” she said. “Of course.”

If this is an unusual proclamation for a teenager, you would not have known it last month at the Young Women Run Columbus conference, hosted by Ignite, a group dedicated to getting young women involved in politics. The attendees, from high schools and colleges across Ohio, want to be City Council members, county commissioners, state senators and congresswomen. And if they don’t want to be the first woman to lead the country, it’s only because they would rather be the third. Thunberg began a global movement by skipping school: starting in August 2018, she spent her days camped out in front of the Swedish Parliament, holding a sign painted in black letters on a white background that read Skolstrejk för klimatet: “School Strike for Climate.” In the 16 months since, she has addressed heads of state at the U.N., met with the Pope, sparred with the President of the United States and inspired 4 million people to join the global climate strike on September 20, 2019, in what was the largest climate demonstration in human history. Her image has been celebrated in murals and Halloween costumes, and her name has been attached to everything from bike shares to beetles. Margaret Atwood compared her to Joan of Arc. After noticing a hundredfold increase in its usage, lexicographers at Collins Dictionary named Thunberg’s pioneering idea, climate strike, the word of the year.

The politics of climate action are as entrenched and complex as the phenomenon itself, and Thunberg has no magic solution. But she has succeeded in creating a global attitudinal shift, transforming millions of vague, middle-of-the-night anxieties into a worldwide movement calling for urgent change. She has offered a moral clarion call to those who are willing to act, and hurled shame on those who are not. She has persuaded leaders, from mayors to Presidents, to make commitments where they had previously fumbled: after she spoke to Parliament and demonstrated with the British environmental group Extinction Rebellion, the U.K. passed a law requiring that the country eliminate its carbon footprint. She has focused the world’s attention on environmental injustices that young indigenous activists have been protesting for years. Because of her, hundreds of thousands of teenage “Gretas,” from Lebanon to Liberia, have skipped school to lead their peers in climate strikes around the world. Congratulations to Higher Heights on the release of their terrific report on the Status of Black Women in American Politics - I was very sorry to miss what looked like a great event held this week at the Press Club (see above) - here is an excerpt from the Executive Summary:
Black women drive the economic and electoral power of Black communities nationwide.»Black women drive spending of 85 cents to every dollar in the Black community.»Black women are 58.6% of the voters in Black communities. • Black women have registered and voted at higher rates than their male counterparts in every election since 1998. Moreover, they surpassed all other race and gender subgroups in voter turnout in 2008 and 2012. • Once in office, Black women champion the interests of Black citizens and underrepresented populations, supporting progressive agendas around education, health care, and economic development.• Black women typically represented more diverse and urban communities than their non-Black counterparts.
Black women are 7.4% of the U.S. population and 7.8% of the electorate. However, there are only 14 Black women in Congress (2.6%), 2 Black women in statewide elected exec-utive office, 241 Black women in state legislatures (3.3%), and 26 Black women mayors in cities with populations over 30,000 (1.9%). Only one Black woman serves as mayor of one of the 100 largest cities in the United States.
Black women are 52.2% of the Black population and 58.6% of the Black electorate. How-ever, they represent just 34.1% of Black members of Congress, 25% of Black statewide elected executive officials, and 37.7% of Black state legislators.
Historically, only 31 Black women from only 13 states have ever served in the U.S. Con-gress, only 10 Black women from 9 states have ever served in statewide elected executive offices, and four states have still never elected a Black woman to their state legislature.
While better represented among congressional candidates, Black women are significantly underrepresented as candidates and nominees for statewide offices that are often feeders for gubernatorial, or even presidential, bids. I am just back from a couple busy weeks of travel - of the many presentations I was part of I am particularly pleased to share this video from a discussion of the Fair Representation Act from Denver on Saturday - I look forward to finding ways to collaborate with you on ways to advance this important legislation - HR 4000 - in 2020 & beyond!

Two years ago, the Grammy Awards faced a moment of reckoning after its then-leader, Neil Portnow, said that women had to "step up" in order to be recognized in the music industry. He's gone now. And the Recording Academy, the membership organization which gives out the Grammys, is trying to reinvent itself from top to bottom. It's under new, female leadership — and with the Grammy ceremony coming up on Jan. 26, the Academy says it has concrete goals to ensure that women and people of color move toward equal footing.

Last year, the Recording Academy formed a task force to address diversity and inclusion at the Grammys. On Thursday morning, the Academy announced that it will take up nearly all — 17 of 18 — of the task force's sweeping recommendations for reform. If enacted, these changes could transform the awards — and, its architects hope, even act as a catalyst for shifts across the wider music industry.

Deborah Dugan is the Recording Academy's new CEO and president. She says, "We've known as an industry for a long time that we have a monumental problem with gender issues. This is a major restructuring to allow for immediate diversity." Along with gender, the task force also looked at underrepresentation in race, ethnicity, sexual orientation and disability.

Gotta run but have a great weekend!
Very warmly,
Cynthia
P.S. Here is a blast from the past: 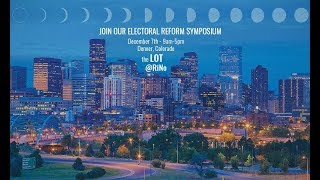