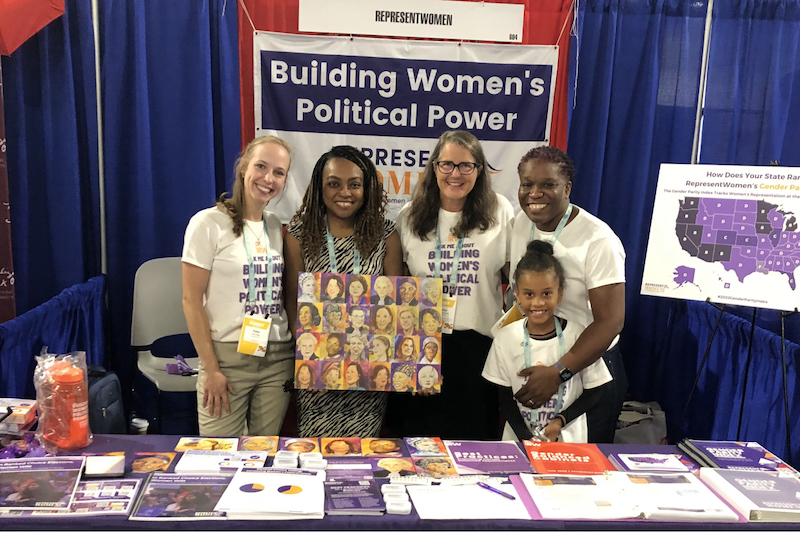 Katie Usalis, Rep Dotie Joseph (FL), Cynthia Terrell, Michelle Whittaker and daughter London at the National Conference of State Legislatures in Denver.
Dear advocates for gender-balanced representation,
Primary wins for women made the headlines this week along with a big win for reproductive rights in Kansas. The vote to affirm the right to abortion in Kansas illustrates the quagmire of our antiquated voting system that protects incumbents and elects representatives who do not reflect majority opinion. Switching from winner-take-all, single winner districts, to electing House members with proportional ranked choice voting -- aka the Fair Representation Act -- would yield a Congress and state legislatures that are much more representative of all voters. Representative Teresa Leger Fernandez (NM) became the first woman sponsor of the Fair Representation Act this week which is very exciting! 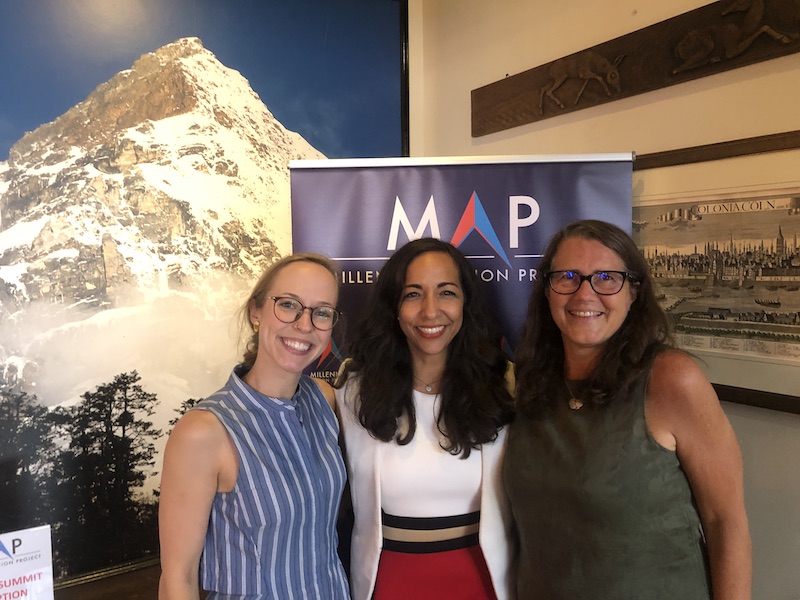 With Katie Usalis (RepresentWomen) with Layla Zaidane (CEO of Millennial Action Project)
RepresentWomen's partnerships director Katie Usalis, board member Michelle Whittaker, and I are in Denver, Colorado this week for the National Conference of State Legislatures summit - which will be the substance of this week's Weekend Reading. Earlier in the week we attended a fabulous reception for young legislators hosted by Millennial Action Project where we got to catch up with MAP CEO Layla Zaidane and sample fried cheese curds.

With Heather Balas (Issue One) & Amber McReynolds (USPS board of governors)
We also attended a five hour session on ranked choice voting that included presentations by RepresentWomen board members Amber McReynolds and Michelle Whittaker -- it is great to see such rich discussions of democracy reform at the NCSL meetings and to see so many state legislators getting on board the reform train! 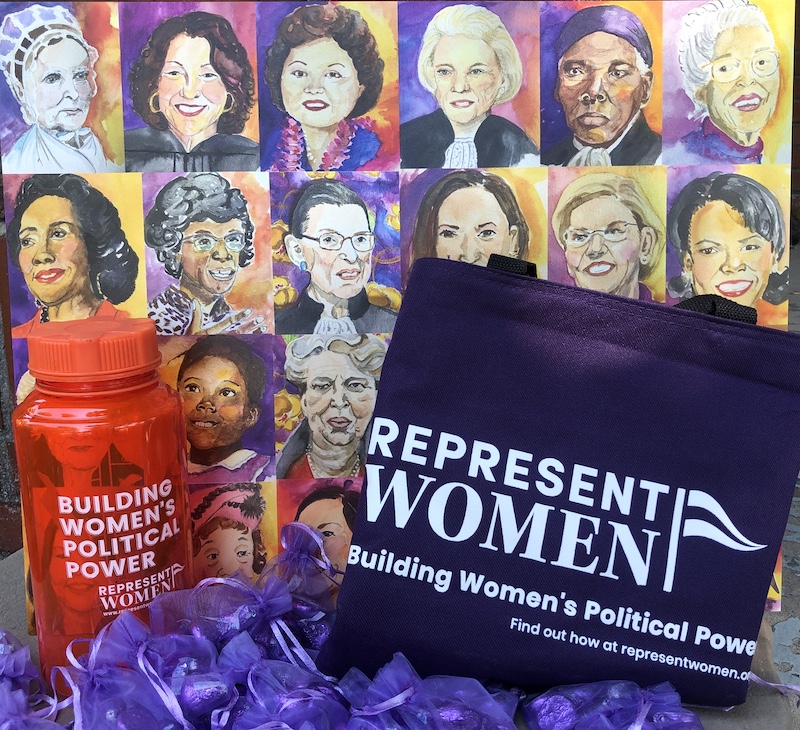 We had a collage of Melanie Humble's lovely paintings of women leaders at our NCSL booth and everyone who could identify most of the women got a RepresentWomen bag and water bottle with a few chocolates and mints thrown in as well! It was really fun to talk to lots of people about the women leaders depicted and help them sort out who was who. One of the top guessers was a young man who was part of the convention staff - he was able to identify almost all the women! 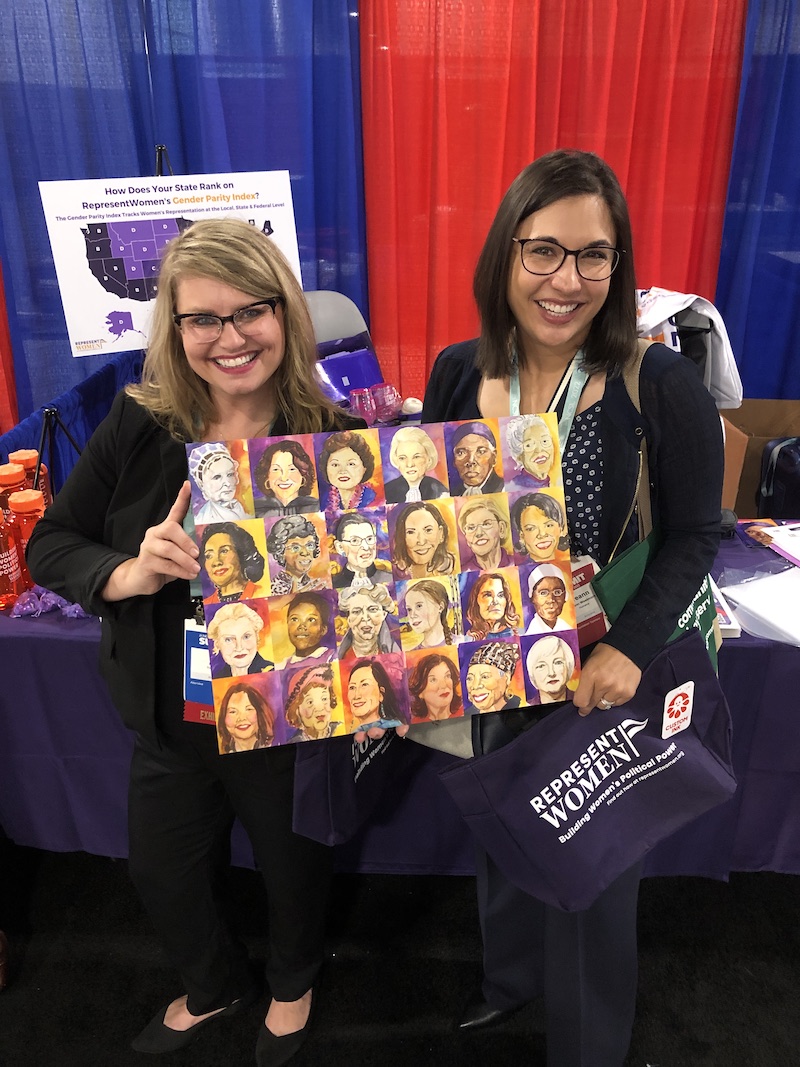 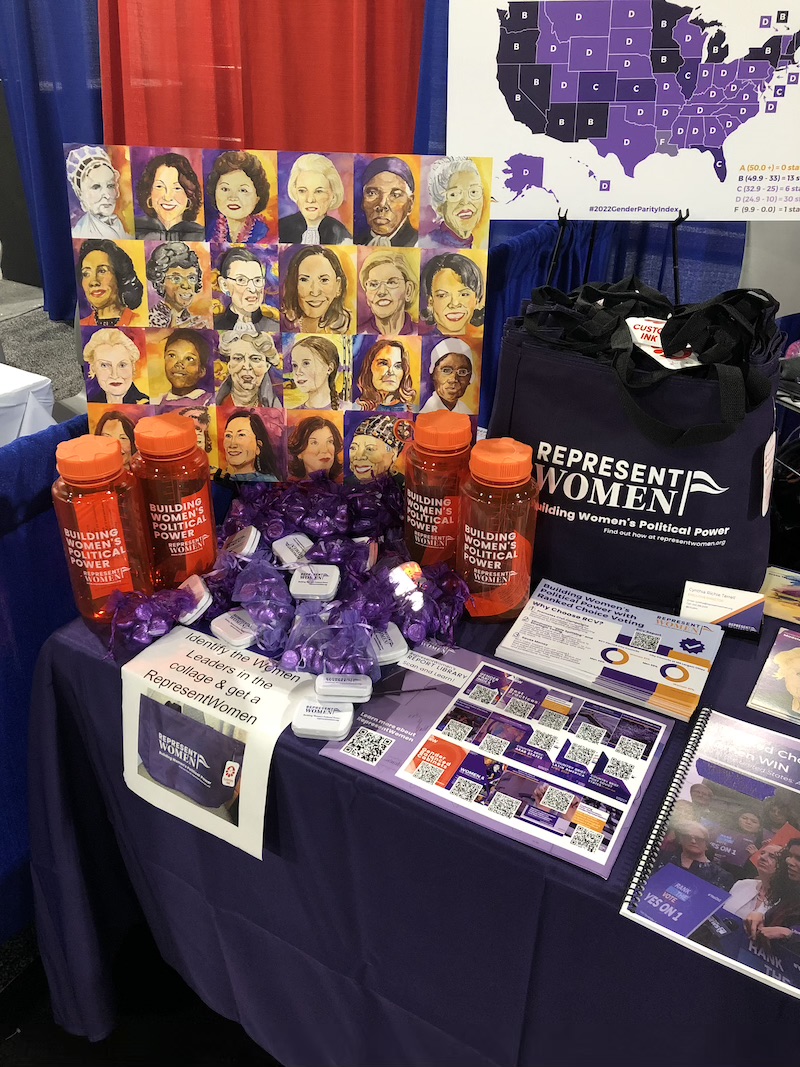 The collage of women leaders, bags, water bottles and mints helped to get legislators, staff, and other exhibitors to visit our table! We had a lot of good conversations about our research on best practices to advance women's representation and leadership. Almost everyone with whom we spoke knew about ranked choice voting and supports it but there was unanimous interest in/ support for our work on the barriers women face as legislators and the solutions that include: onsite childcare, paid leave, proxy voting, telecommuting, better pay, and transportation benefits. We learned a lot from our conversations and made a lot of great connections that will help advance our work in state legislatures. 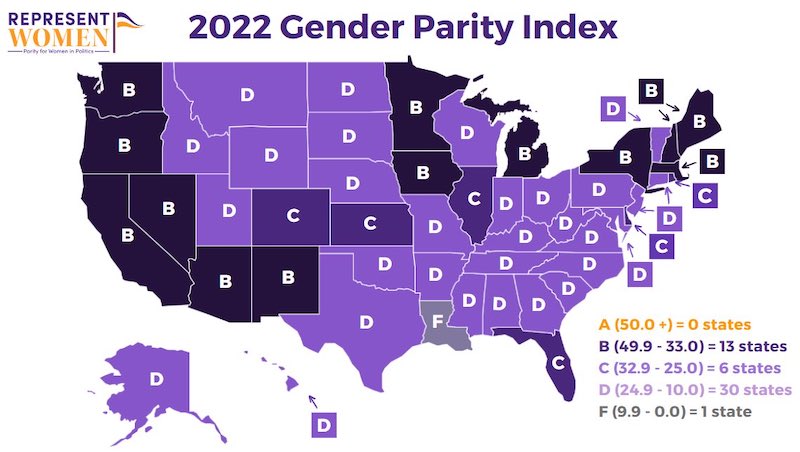 The newly released Gender Parity Index map and report were another draw for our booth - naturally folks wanted to know how their state fared on the 2022 index. We had a binder with details on women's representation stats for every state along with a page on the systems in place that help or hinder women's political power.
While no state earned an "A" grade on this year's Gender Parity Index, 13 states earned a "B" and 6 states received a "C" -- but 30 states have a "D" on the Index and one state - Louisiana has an "F" grade in 2022. We must do better. 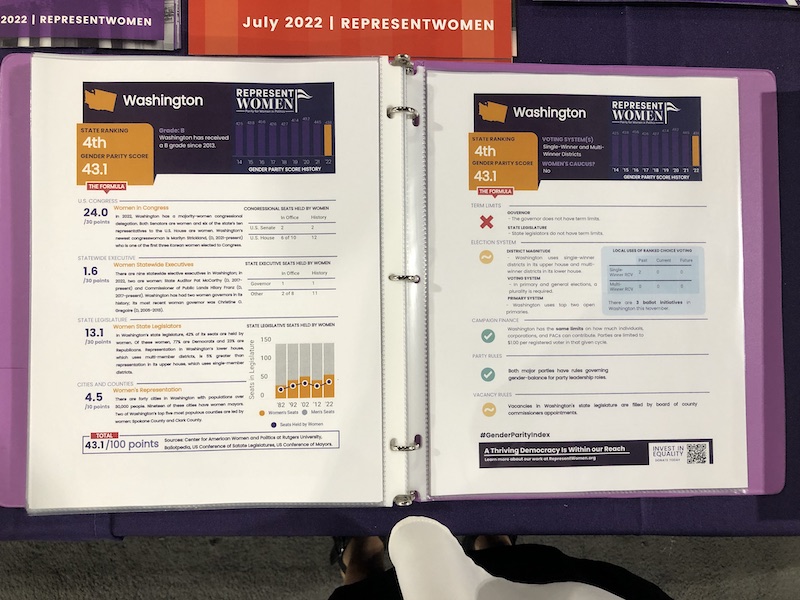 RepresentWomen team members Alissa Bombardier Shaw and Steph Scaglia co-authored a great piece for Ms Magazine on the 2022 Gender Parity Index:
This year, New Mexico leads the nation with a rounded score of 49/100. While this is the second year in a row that New Mexico is ranked first, it has never hit parity and remains at a “B” grade. The only state to have received an “A” grade is New Hampshire, which did so from 2015-2018 and again in 2020. This year, they have fallen to a “B” grade.

In 2020, New Hampshire ranked eighth with a rounded score of 40, reemphasizing the fact that the state's progress towards parity is uneven, even in the most promising states. Only 19 states are over halfway to parity (scores of 27 and above). This year’s median score of 24.8% women in government is only 0.2 points higher than the 2021 index.

Despite this, there is a slight momentum for change. In 2020, six states were within 10 points of parity. This year, 10 states are within 10 points (rounded). These include New Mexico, Maine, Nevada, Washington, Michigan, Minnesota, Oregon and New Hampshire. Many of these states have enacted systems strategies that have benefited the women running for office in their states.

On the other side of the spectrum, a majority of states (30) received a “D” grade in the 2022 index. This has more-or-less been the case since 2013, but states have also consistently shifted from “F” to “D,” and “D” to “C.” Louisiana is the only state to receive an “F” this year. 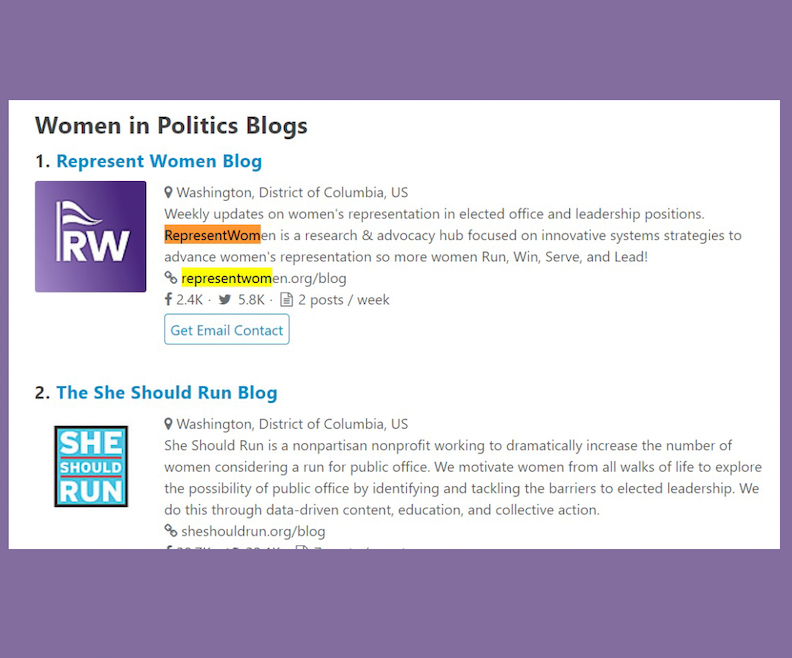 According to FeedSpot the RepresentWomen blog is the top rated blog for Women in Politics right up there with the She Should Run blog - we won't let this go to our heads but it's fun to be in such good company! 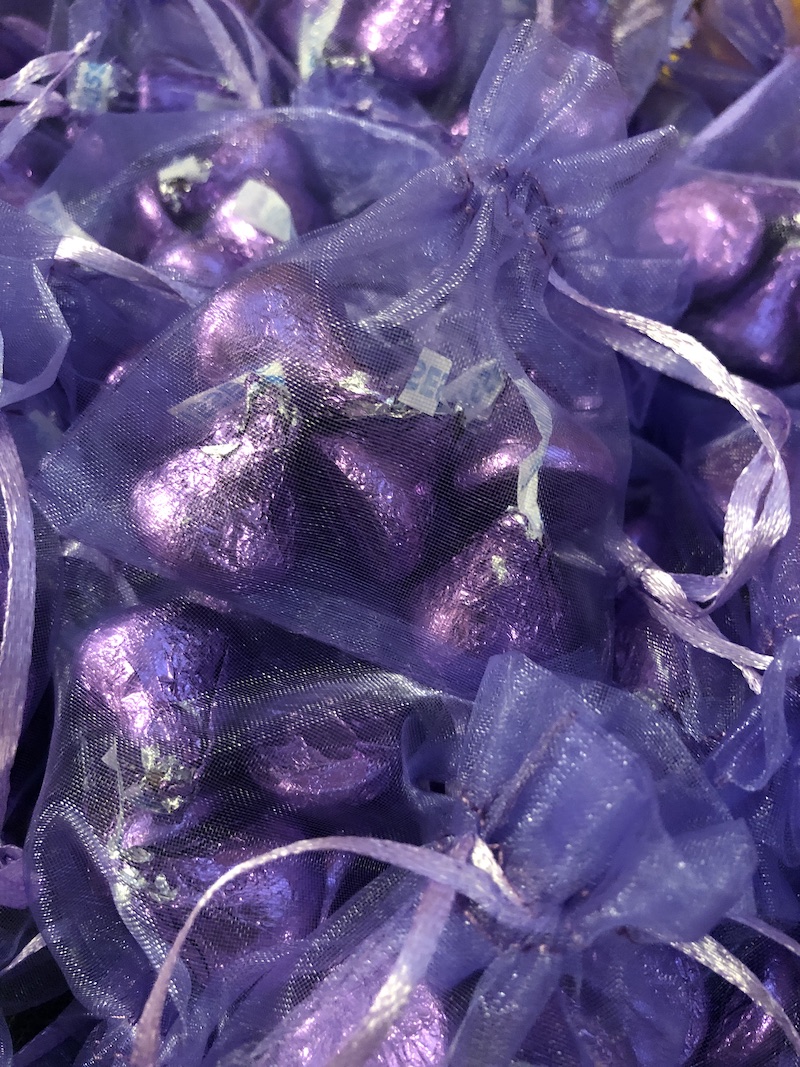 Hershey's kisses were also a draw at our NCSL booth!
That's all for this week my friends,
Cynthia
P.S. In addition to the Gender Parity Index map and report, the team at RW has also made graphics for every state that you can find on the RW Facebook, Twitter, and Instagram platforms - I hope you will find your state and share with your networks to elevate the stats on women's representation. And please follow RepresentWomen & Gender Parity Index accounts if you enjoy that sort of thing! 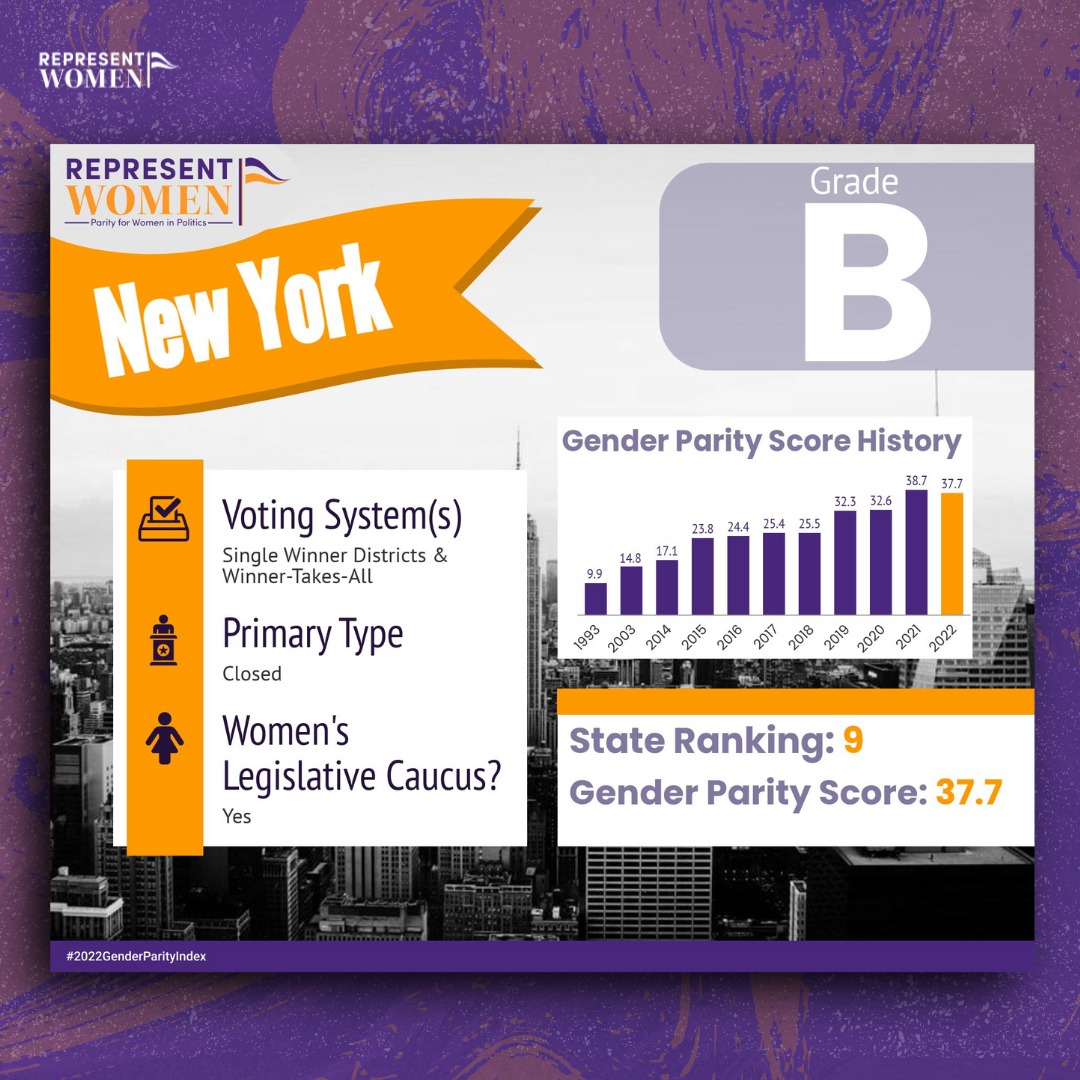 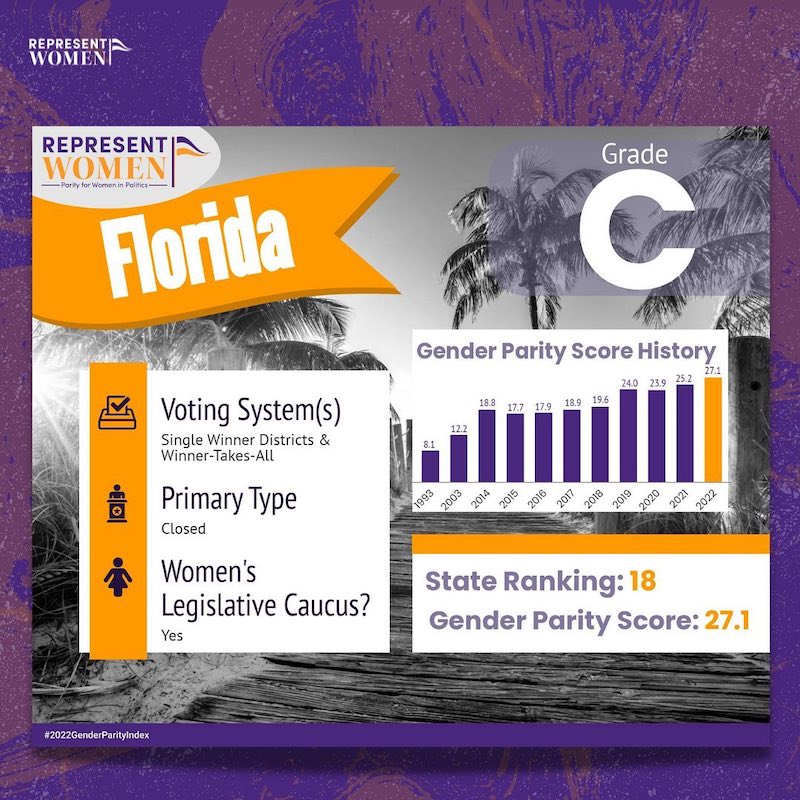 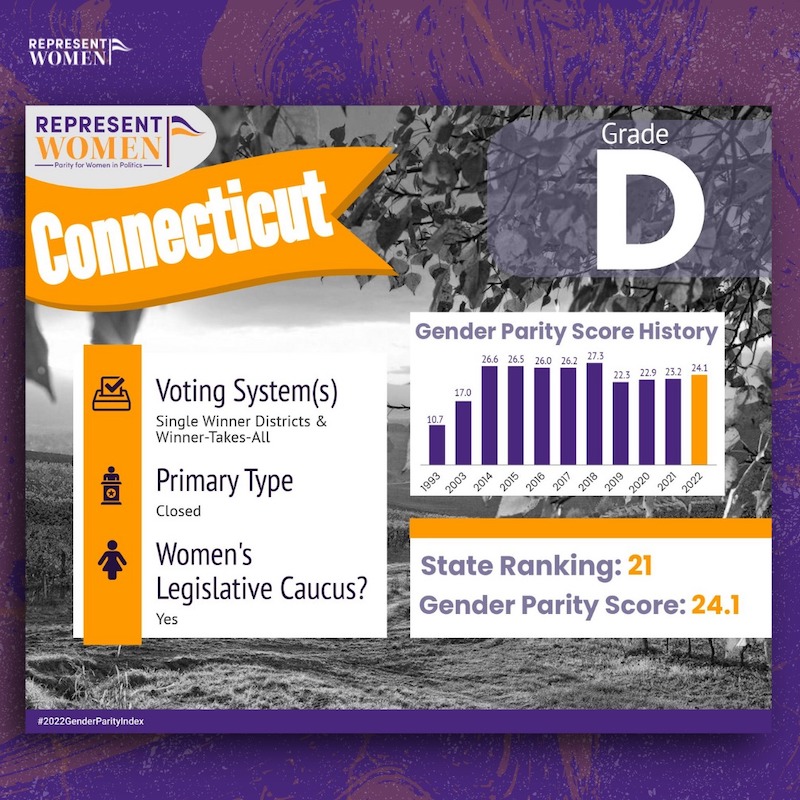 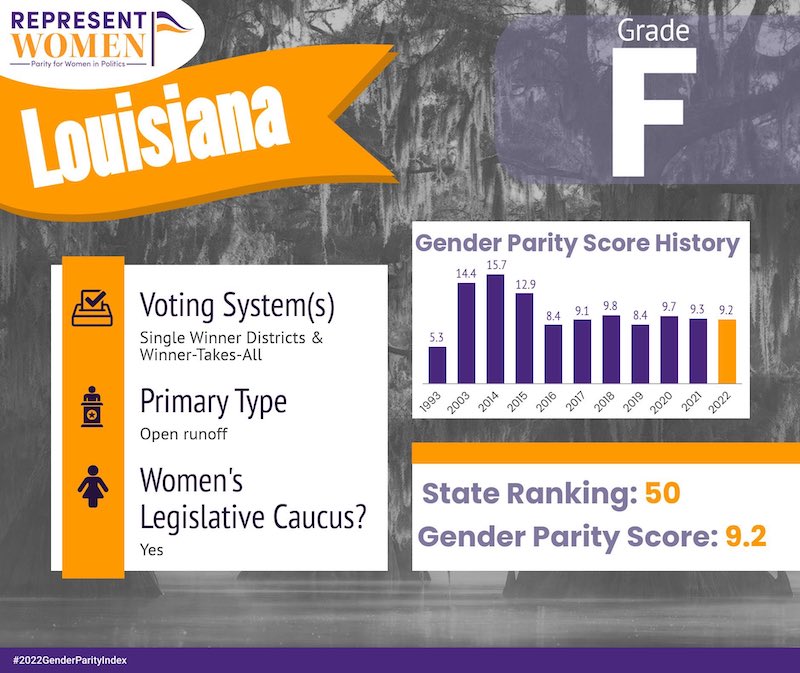