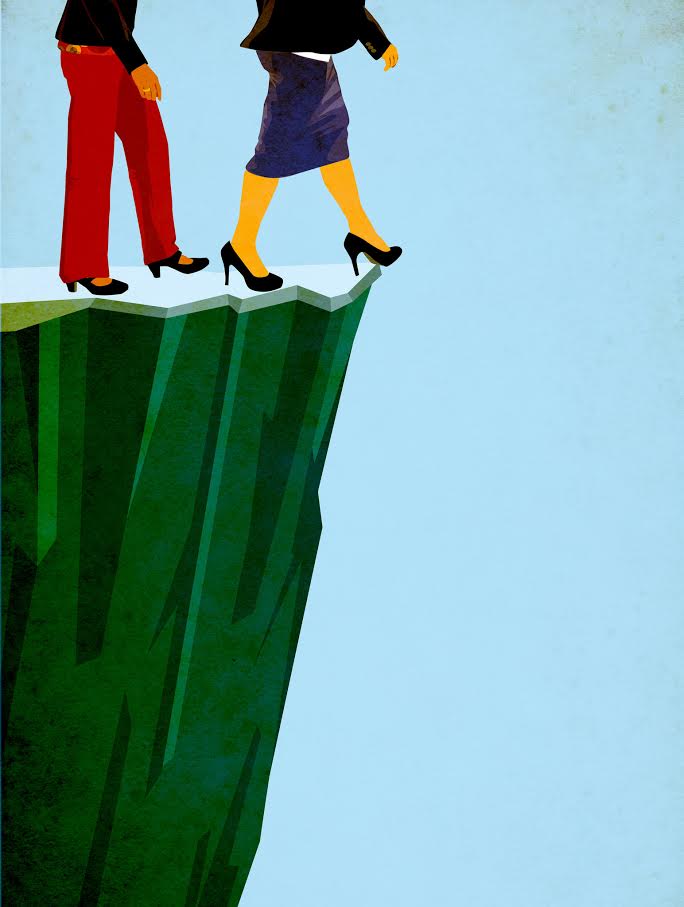 Writing again from the road in New Hampshire - the only state to get an 'A' on Rep2020's Gender Parity Index - so just a thumbnail sketch of some of the big stories from this week.
There was a sobering story in The New York Times about the challenges women CEOs face in the United States. While the routes to service in the private and public sector may be different, the cultural biases and discrimination is of course the same. Some groups like Project Mine the Gap and All in Together are working to engage women in the private sector specifically but it's important for all of us to develop strategies that promote and protect women's leadership in all spheres.

But with only 27 women holding the chief executive post, the departures of even a few will quickly thin the ranks. Those 27 included Ms. Rosenfeld from Mondelez and Debra Crew, the chief executive of Reynolds American, which is no longer a stand-alone company after being acquired last month by British American Tobacco.

Women continue to make inroads as directors on corporate boards, a critical step toward landing more women in top spots, since those boards select the chief executive. Even so, there are 610 companies in the Russell 3000 — a broad index that seeks to be a benchmark of the United States stock market — that have no women on their boards, according to the research firm Equilar.

As many of you probably know, Seattle is poised to elect a woman mayor for the first time since 1926. This story in the Seattle Times from a couple days ago reflects the status of the candidates early in the vote-counting process:

Seattle will elect a woman as mayor in 2017 for the first time in 91 years, with voters putting four women ahead in a crowded primary election in Tuesday night’s returns.

Former U.S. Attorney Jenny Durkan held a commanding lead over the 21-candidate field with 31.6 percent, while urban planner Cary Moon and educator and attorney Nikkita Oliver were neck and neck with 15.6 percent and 13.9 percent, respectively, in the nonpartisan race to succeed outgoing Mayor Ed Murray.

My ever-helpful husband suggested I share this quick take on the 2018 gubernatorial election cycle. The two Republican women who took over recently from men in Iowa and Alabama can run, but there no sure bets. Of four others, two Republicans are term limited in New Mexico and Oklahoma, and the two Democratic women are running, but at least one (Rhode Island) has real competition. Stay tuned for more updates on women running for other statewide executive offices.
Glynda Carr and Kelly Dittmar had a terrific OpEd  entitled: "Electing More Black Women Requires Rejecting a Single Story of Women’s Political Progress"

In our latest report, we tell the electoral story that is unique to Black women in 2016. Black women were 3 of the 14 non-incumbent women elected to the U.S. House or Senate in 2016 (and the majority of female newcomers were Black, Asian, or Latina): Senator Kamala Harris (D-CA) became the second Black woman to ever serve in the U.S. Senate; Representative Lisa Blunt Rochester (D-DE) was the first woman elected to represent Delaware in Congress; and Representative Val Demings (D-FL) joined Florida’s congressional delegation.

For decades now, Black women have actually accounted for nearly all of the growth among Black state legislators nationwide. Finally, two Black women were also elected as mayors in the 100 most populous cities in America in 2016; they are Catherine Pugh, who became the third consecutive Black woman mayor of Baltimore, MD, and Sharon Weston Broome, elected in Baton Rouge, LA.

Bustle had a great piece on why more women are needed in politics - something we all know to be true but it's important to keep re-telling that story as often as possible!

This year marks the centennial anniversary of women's participation in Congress. Yet in 100 years, women have failed to gain equal representation in the nation's most important legislative body. Moreover, as we've learned with Collins and Murkowski's recent votes, they continue to face threats of violence and retaliation, which highlights exactly why more women are needed in elected office now more than ever.

I thought this piece from The Guardian raises some very interesting questions about equality. But I especially like the image:

​Celinda Lake drew my attention to these two news stories - one from The Economist and another from Vice on job hunting while pregnant.
Until next week -
Cynthia
P.S. Today is the birthday of pioneering journalist Helen Thomas - she would be 97.