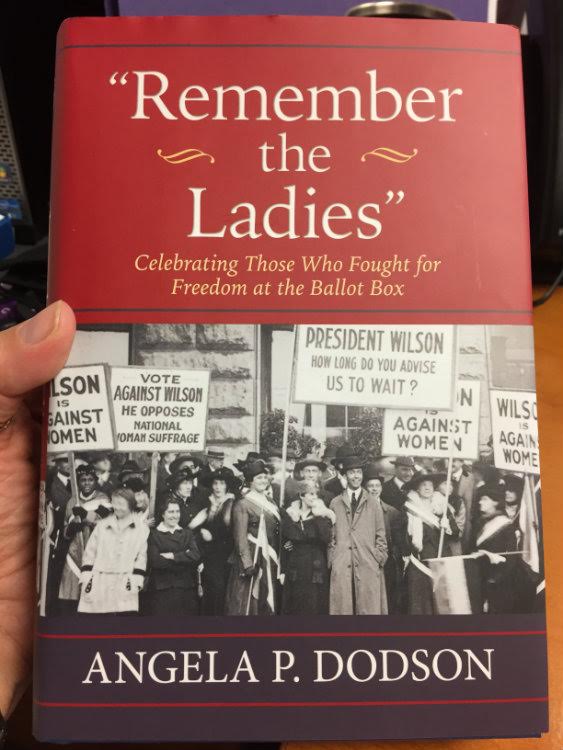 "The right of citizens of the United States to vote shall not be denied or abridged by the United States or by any State on account of sex. Congress shall have power to enforce this article by appropriate legislation."

August 18, 1920 - the 19th amendment was ratified, enshrining these words in the Constitution.

While "winning" the right to vote was an enormous milestone in the movement for women's equality, women now vote in higher numbers than men but are still seriously under-represented at every level of government. Partisanship is far more likely to determine our electoral choices than the candidate's gender.

In the last few decades "identity politics" has been more acceptable to democratic voters than to republican voters but a heated debate is now brewing among democratic party loyalists around whether to jettison specific identity groups and instead embrace a big tent of issues and policy platforms.

I have been thinking a lot about this issue and feeling increasingly dismayed by those who would seem to suggest that it's women and people of color who have identities while white, rural, men are identityless. All of us have identities and should have the opportunity to have our interests represented in government. Our current winner take all voting system pits constituencies against one another - fueling the perception that some voters are liabilities - despite their unparalleled party loyalty -  while other voters are the ticket to success.

I found some answers to my questions about identity politics at a lovely dinner last week in Cambridge, MA with Harvard Law professor Lani Guinier. Many of you will remember that then-president Bill Clinton nominated her to be Assistant Attorney General for Civil Rights in the spring of 1993 and then withdrew the nomination when others attacked Guinier for her writing about representative democracy and power.

My husband Rob and I have known and admired Lani for a long time precisely because of her thinking and writing about authentic representation. Dubbed the 'quota queen' by the press who vilified her she cheerfully passed on that mantle to me last week! Lani reaffirmed my belief that identity does and should matter - she believes that women must rise up and support (qualified) women because yes, they are women.

Iceland, which now ranks 1st in women's representation among healthy democracies, is a prime example of embracing intentional action to elect more women faster. A number of years ago the representation of women in Iceland was lagging and so women rallied to form a women's political party and push for gender quotas. As more women won seats in parliament women in other sectors began to gain power as well and women's leadership in the nation became mainstream - and the "women's party" faded away.

This evening my children joined me at Politics & Prose in Washington, DC for a fabulous talk by Angela Dodson who discussed her book about the movement for suffrage entitled Remember the Ladies - it's a comprehensive exploration of what it took to win suffrage - an important read as we contemplate how to win parity and a nice reminder of the important role that my Quaker ancestors played so long ago.

We do have power friends, but we must figure out how to wield it effectively.