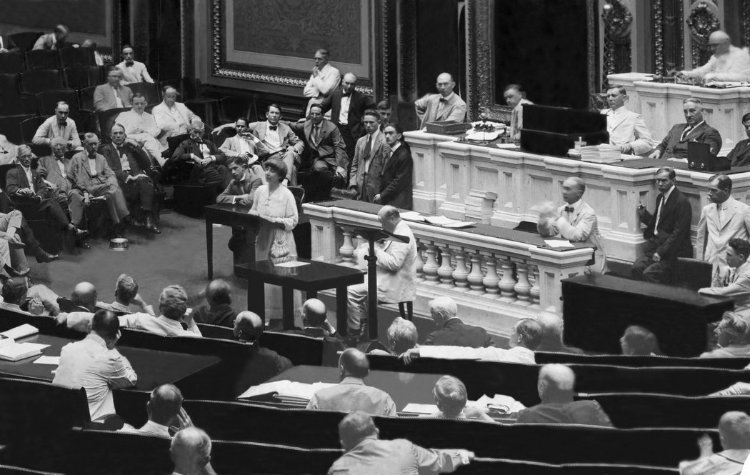 Heather also shared this great piece about a female rocket scientist who rank in the California primary on April 4 and here is an article with results showing her vote share in the huge field of candidates.

Eliza Collins had a very interesting piece in USA Today - another great 'share' from Heather - on Arizona Representative Martha McSally who aims to be a leading Republican voice on women's issues:

“Women have made great strides and have achieved so much in this country, but the fact remains that so many women and girls still face barriers to achieving their full potential,” Arizona Republican Rep. Martha McSally, who chairs the Women in the 21st Century Workforce working group, said as she kicked off the hearing in late March. “Many women today are struggling to balance the competing demands from their workplace and their families. They are expected to do it all, and they are exhausted.”

McSally — a retired Air Force colonel and the first female fighter pilot to fly a combat mission — came up with the idea for the group after she joined Congress in 2014 and saw a lack of conversation about women’s issues from members of her own party.

I had an article on Rankin's election that ran in papers around the country including the Detroit News - prompting a slew of negative comments. Here is an excerpt:

When Rankin broke through the representation barrier, Montana elected two House seats statewide rather than in separate districts. 1916 was a tough year for Republicans in Montana, with Democratic presidential nominee Woodrow Wilson easily winning the state. But Rankin won by finishing second. A year later the legislature carved the state into districts, gerrymandering Rankin into a more Democratic one. She unsuccessfully sought a Senate seat.

Steven Hill had a thoughtful piece on Huffington Post celebrating the Rankin centennial and digging into some of the reasons women have not reached parity despite the many years we've had representation and the right to vote.

Rebecca Traister had a terrific piece in New York Magazine featuring Senator Kirsten Gillibrand and her thoughts on why electing women matters:


Gillibrand is a bit of a gender essentialist. “Just literally having 51 percent of women in Congress representing the diversity of our country: You would have different issues raised, different solutions being offered, you’d have less partisan bickering,” she says. “Because our disposition is to help. When we do our legislation, we’re not trying to figure out how can I use this to run against you; we say, ‘How can we pass this bill to help both of our constituents?’ Our economy would be stronger, because we’d be dealing with things like paid leave and equal pay legitimately, as opposed to just using it as a talking point.”

Representative Susan Brooks held a Special Order Honoring 100 Years of Women in Congress  - republicans and democrats alike participated (my very own representative Jamie Raskin may have been the only congressman)! Please Tweet your appreciation to Rep Brooks @SusanWBrooks & Rep Raskin @RepRaskin.

ChartsBin shared a terrific map of women in parliaments worldwide.
Rachel's Network shared their great report - When Women Lead - on the environmental impact of of gender disparity - sign up here if you are a pro-environment women who is interested in running for office!
Check out Gender Avenger's great new look and their Avenger of the Week - Rep Don Beyer - husband of gender parity icon Megan Beyer and a major FairVote ally - who has signed the pledge to only participate in panels that have women on them!

I hope that each of you will sign Representation2020's Pledge for Parity and share it with your networks!

Betsy Wright Hawkings, whom some of you may know from the Democracy Fund, shared this cartoon that is a great reminder that there are some challenges that all women face regardless of party affiliation, age, race or level of education. 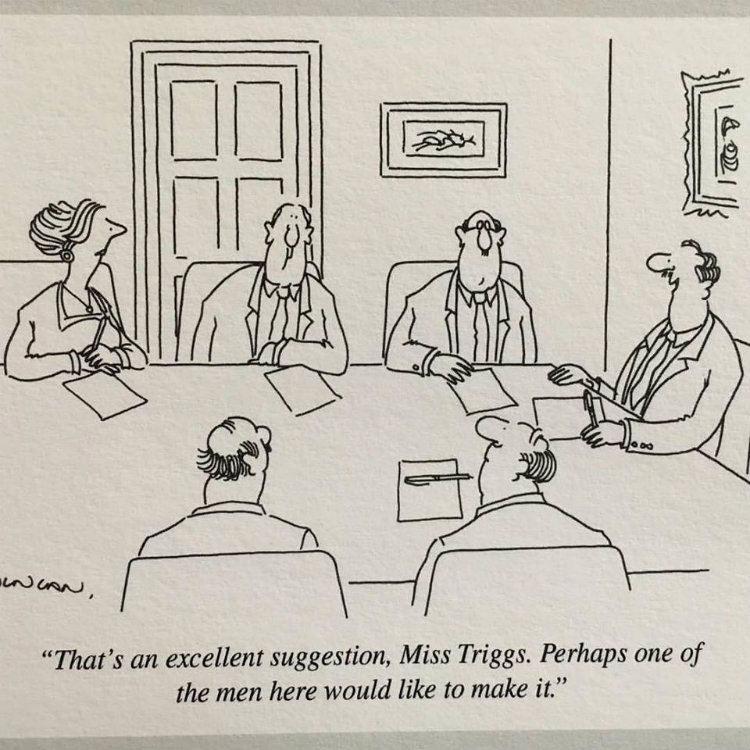