Lori Lightfoot was elected mayor of Chicago - the 3rd largest city in the United States - becoming the first African American and first openly gay person elected to that office.
Many news outlets covered her victory including The Washington Post:

Voters in Chicago made history on Tuesday by electing Lori Lightfoot, a former federal prosecutor, as the city’s first black female mayor. Her commanding victory capped a grueling campaign in which Lightfoot, who will become the city’s first openly gay mayor, defeated more than a dozen challengers en route to winning her first elected office.

Lightfoot, 56, is now set to lead the nation’s third-largest city as it continues to grapple with gun violence, alleged public corruption, ongoing efforts to reform the police force and an exodus of black residents. In the runoff election on Tuesday, she defeated Toni Preckwinkle, president of the Cook County Board of Commissioners, in a contest fraught with historic meaning, given that it featured two black women vying to succeed outgoing Mayor Rahm Emanuel. Slovakia elected its first woman president, Zuzana Captuvo, according to this story from the BBC. Captuvo, who campaigned on an anti-corruption message, won a decisive victory with 58% of the vote:

Ms Caputova, who has almost no political experience, defeated high-profile diplomat Maros Sefcovic, nominated by the governing party, in a second round run-off vote on Saturday.

She framed the election as a struggle between good and evil.

The election follows the murder of an investigative journalist last year.

Ms Caputova cited Mr Kuciak's murder as one of the reasons she decided to run for president, which is a largely ceremonial role. 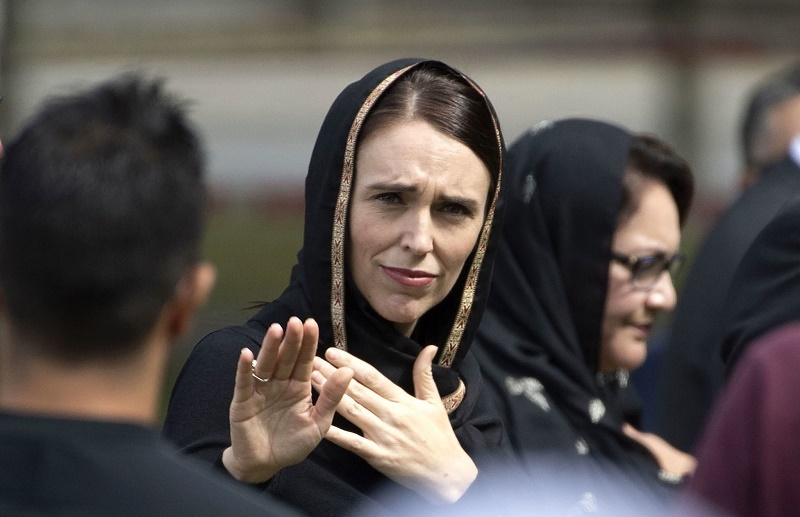 Tina Brown had a terrific piece in The New York Times that I think captures perfectly the challenges and opportunities women face as leaders:
During thousands of years of civilization, women have evolved to deal with the intractable perplexities of life and find means of peaceful coexistence where men have traditionally found roads to conflict. Women have accumulated rich ways of knowing that until recently were dismissed in male circles of power. The alchemy of what has made women the way they are is mysterious: Is it a result of centuries spent trying to survive and prosper in societies where they’ve been viewed as lesser? Or, until recently, of always being appointed the family caregiver, bearing and raising children, tending to elderly parents and disabled siblings, so often left to shoulder the unpaid burdens of real life? Women have learned and taught lessons about how to cope with seeming impossibilities in ways that men traditionally — and to this day — have not. Coaching a slow learner on homework after a day of hassles at the office provides a deep experience of delayed gratification. A woman’s wisdom comes, in part, from the great juggle of her life.
It’s past time for women to stop trying to cram themselves into outdated NASA spacesuits designed for an alien masculine physique. Salvation doesn’t lie in pursuing traditional male paths of ejaculatory self-elevation. In drawing on women’s wisdom without apology and pushing that wisdom forward into positions of power, we can soothe our world and, maybe, even save it.
There was a very interesting article in the Washington Post Business section about a new call for global gender quotas by Belgium's deputy prime minister Alexander De Croo:
De Croo, Belgium’s deputy prime minister, has spent significant time in developing countries in recent years asking leaders, “Where are all the women?” Research and history show nations that educate girls and have more women in the workforce do better economically, he says.

But he’s asking the same question in Europe and the United States: Where are the women?

There are only 24 female chief executives among the 500 biggest publicly traded U.S. companies, up from 15 a decade ago. The political realm is a tad better: The European Parliament is 37 percent female, while women make up 24 percent of representatives and senators in the U.S. Congress.

If you are in DC you may want to try to get to the event on April 10 that the Embassy of Belgium, American University’s Washington College of Law and the Institute for Women’s Policy Research have organized for the launch of Belgium’s Deputy Prime Minister Alexander De Croo’s book “The Age of Women. Why Feminism Also Liberates Men”.Register here for the event that starts at 4pm at the Washington College of Law.

Inside Indonesia had a very interesting piece on the impact of gender quotas on the number of women running for office in Indonesia - stay tuned for an update on the outcomes for women after elections this month:

When Indonesians go to the polls in April 2019, they will find an unprecedented number of female candidates on the ballot paper for the DPR (House of Representatives). Just over 40 per cent of all candidates will be women, and many more will be contesting seats at the provincial and district level. The nomination of so many female candidates has been linked to the stricter sanctions imposed by the KPU (Electoral Commission) for political parties’ non-compliance with Indonesia’s gender quota, which stipulates that parties must nominate a minimum of 30 per cent of female candidates or face disqualification. But while exceeding the 30 per cent benchmark by 10 per cent may look like a remarkable achievement, the experience from previous elections suggests that it is highly unlikely most of these candidates will actually get elected in April.

A piece in MENAFN explores the impact of women in cabinet offices as compared to women in parliaments in African nations:

For many years, scholars have focused on women's representation in legislatures. But in many African states power is in fact concentrated in the executive branch.

In most African countries heads of state and cabinet ministers enjoy significant discretion over resource distribution and policy agendas. This means that it's important to pay close attention to who holds executive posts when trying to work out the role of women in a particular country.

Ethiopia and Rwanda stand out head and shoulders above other African countries. Last year both appointed cabinets with 50% women representation. This meant that they joined eight other states in the world that have achieved at least 50% women in the cabinet.

Rwanda and Ethiopia have also received attention for their gains in women's legislative representation. They rank 1st and 18th in the world for women's representation in national parliaments. There was a very interesting story in the Economic Times of India on the use of gender quotas in India to increase women's representation - I am having technical difficulties linking to these stories:
India’s regional parties have done what two decades of governments in New Delhi could not - instituted a quota system to lift more women into parliament.

The All India Trinamool Congress in West Bengal - the country’s fourth most populous state - has committed to fielding more than 41 percent female candidates in next month’s federal election, while Biju Janata Dal, in the eastern state of Odisha, said its tickets will feature over 30 percent women. Their actions will intensify pressure ..

The development is also likely to ease the way for reserving a third of seats in the 543-member lower house of parliament for women - a move that’s been pending for more than two decades. The Women’s Reservation Bill, first introduced in 1996, would bring more women into the political mainstream in a country where policy makers have effectively failed to keep female citizens safe.

Jeannette Rankin was sworn in on April 2, 1917 after a long process of negotiating her way onto the floor of the House according to this page on the House Archives. Rankin was a republican elected from a multi-seat district which angered the democrats who promptly switched to single member districts making it impossible for Rankin to win in 1918. She was of course elected to a 2nd term but not for another 20 years. Rankin was a big fan of Ranked Choice Voting or the Single Transferable Vote as it was known then - she was also a proponent of proportional voting systems because they were known - even then - to elect more women and people of color to office.

The Rankin Chisholm Rule - which we developed to elevate gender in the hiring and appointment process for all political, cabinet, and campaign positions - is named after Rankin to honor her legacy along with the legacy of Shirley Chisholm who was the first African American woman elected to the House of Representatives. I would be glad for your thoughts and advice as we ramp of the work on this project.

I haven't yet read the new biography of Sandra Day O'Connor by Evan Thomas but I did read the review of the book by noted documentarian Julie Cohen in The Washington Post which of course reminded me that there are STILL ZERO AIRPORTS named for a woman in the United States. As you know, I am a big proponent of an Eleanor Roosevelt Airport - ERA - but you may not have noticed my call for the Sandra Day O'Connor Airport. The majority of airports do not have names so it seems like 2019/2020 is a golden opportunity for us to amend that!
Finally, I was so glad to see the exchange among members after last week's Gender Parity Listserv update - I hope all of you feel encouraged to raise questions & share your expertise so that we help to deepen each other's perspective & understanding.
It's my first weekend home since late February and I am planning to garden as much as I can - I hope you have a great weekend!
Warmly,
Cynthia