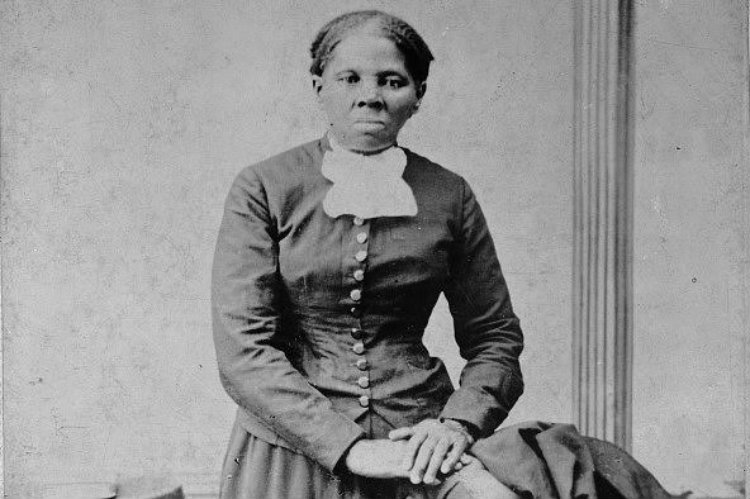 The big news relating to gender parity this week was the long-anticipated announcement that an image of a woman would replace the image of a man on US currency - I am very glad for this 'progress' and for the recognition of the heroism of Harriet Tubman but if women are to gain equal footing in all things whilst we are still alive to revel in it we better speed up the process! Airports, cities, streets, law schools, and buildings are all overdue to be named after women! You can read all the details in this story in the New York Times - 3 out of the 5 women to be featured on the 'back' of the new $10 bill were Quaker!

On Monday I attended a reception at the newest national monument - named in part for another Quaker woman, Alice Paul. It was so fun to hear stories from people who new Alice Paul and many who have worked for women's equality. Secretary of the Interior Sally Jewell spoke as well as Tina Tchen, Executive Director of the White House Council on Women and Girls. and members of the National Women's Party. It was a memorable evening.

Brittany Stalsburg had a terrific piece on Huffington Post entitled Why Hillary Clinton Is Not Enough to Increase Women's Representation which is a great articulation of the need for institutional change if we are to win parity in our lifetimes. It would be great if you could comment on her piece! 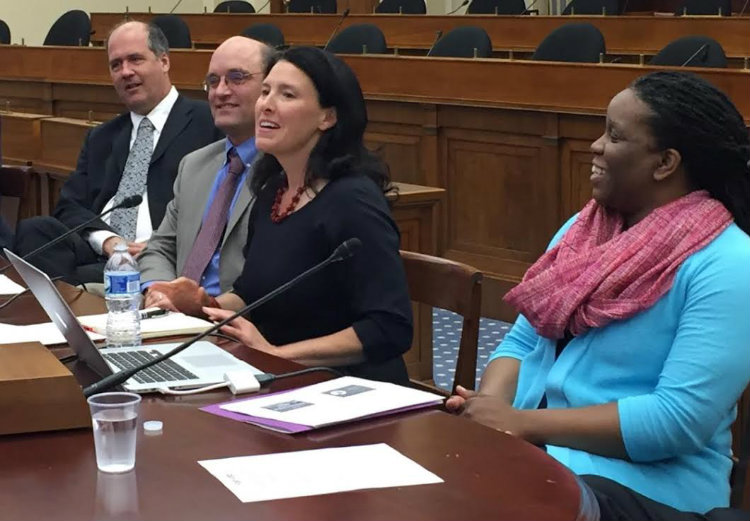 Finally, the fabulous Susannah Welford (seated in the photo next to FairVote's communication director Michelle Whittaker) participated in a briefing on Capitol Hill today sponsored by FairVote and Rep. Don Beyer (VA) on new legislation that would eliminate gerrymandering, reduce the impact of money in elections, increase civility, and ensure fair representation for republicans and democracts - and maybe even some independent candidates -- everywhere. This legislation would also enable women and people of color to win fair representation. Stay tuned for more information on this exciting proposal. Watch FairVote chair Krist Novoselic discuss the proposal on Washington Journal this morning.

Thanks to all for all your work!

P.S. April 19th was the 50th anniversary of Bobbi Gibb's amazing finish in the Boston Marathon - the first ever for a woman - though she had to disguise herself as a man to begin the race...the marathon for equality continues.